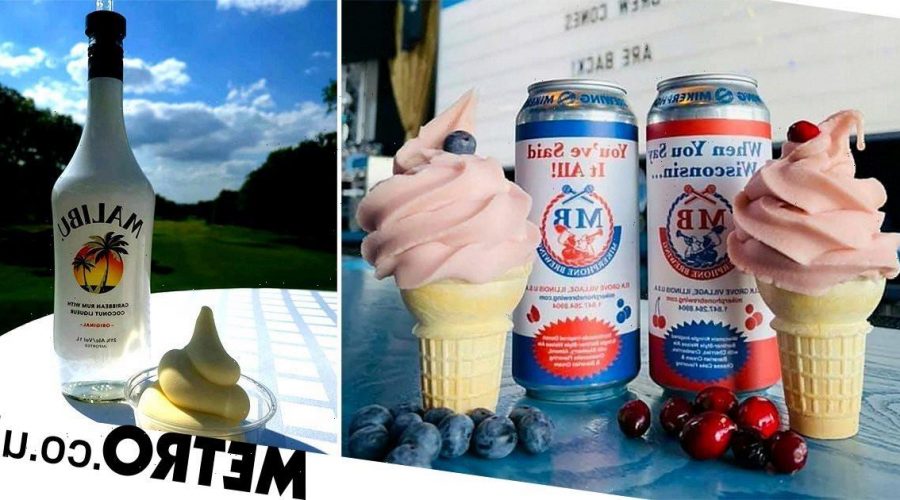 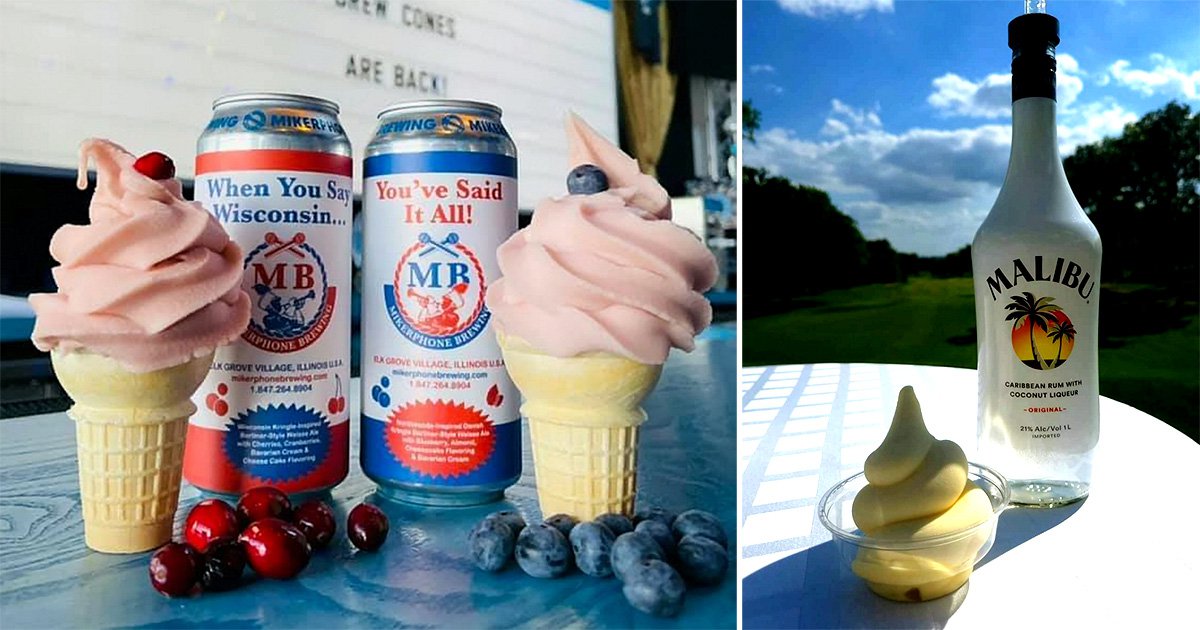 A cold pint of beer or a scoop of your favourite ice cream are two of the best ways to cool down on a hot day – and soon, you will be able to combine both together.

A US inventor has created a machine that turns beers, cocktails and other drinks into soft scoop ice cream.

Of course, ice creams based on the flavours of our favourite beverages already exist but it usually means sacrificing the alcohol content because the freezing point of alcohol is so low compared to the rest of the ingredients.

However, the Below Zero’ machine can take any beverage, and crystallise it in under 30 minutes, keeping the ABV exactly the same, meaning you can get drunk on these treats.

Thanks to the technique developed with WDS Dessert Stations in Hinkley, Illinois, USA, the drink is first de-gassed to remove the carbon dioxide, mixed with a gel, put in the machine and out comes the ice cream.

Inventor and owner of Below Zero, Will Rogers, said: ‘The way it truly works we like to say the gel bear hugs the alcohol itself and turns it into ice cream.

‘In the beginning days we used liquid nitrogen to make Below Zero but now with the new machines you put it out in a cone and it’s ready to eat.’

Adding the unique Nitrogen Ingredient Additive gel allows the alcohol to freeze to a near solid inside the machine as well as adding sugars.

It is FDA-approved (U.S. Food and Drug Administration) and pasteurised, though since the drink contains no dairy products, it’s not technically ice cream.

It takes around 30 minutes for beer to go from liquid to crystalline solid but the higher the alcohol content, the longer the wait.

Inventor Will said: ‘If its six ounces on a cone versus six ounces in a glass it is identically the same – it does not change the alcohol at all.

Will runs his own ice cream shop and was trying to create a highly-caffeinated espresso flavour when he realised he could do something similar with alcohol.

He said: ‘One of our staff made a joke what if we do this with alcohol and a light bulb went off in my head – I bet you we could.’

He started experimenting with gums and stabilizers from the ice cream industry to create his patented NEA gel.

Now he’s serving up cones at catering events but hopes breweries across America will be able to offer their own takes soon.

Will said: ‘Vodka and lemonade cone is my personal favourite, on a hot day that’s like having an Italian ice cream.

‘A Below Zero cone is a dessert, so anything with fruit flavours – when you go in a restaurant and you want to order a dessert that’s what you put in the machine.

‘We’ve run the Bud Lime through the machine but your traditional Budweiser or Stella – I’d say sit back and have that on ice!’

Sadly, Below Zero machines are not yet available in the UK just yet – but we’ll keep our fingers crossed that we’ll be enjoying ciders in a cone throughout the summers to come.