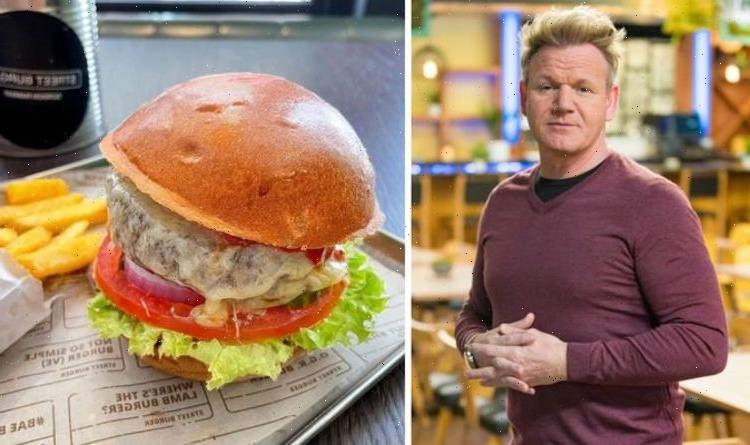 Strictly: Gordon Ramsay says he was a 'mess' watching Tilly

Gordon Ramsay is one of Britain’s best and most famous chefs. The 54-year-old has a slew of restaurants to his name, including the recently opened Street Burger, situated on Kensington High Street in London’s West End.

Although Gordon’s restaurants are usually subjected to great reviews, Street Burger has been slammed by diners.

It has received multiple negative reviews on TripAdvisor in recent days.

Some consumers complained the food had taken too long to arrive, while others criticised the taste of the meals.

One reviewer claimed their meal took “an hour” to arrive, while another said their food was “tasteless”.

“Their policy is to serve their meat well done which results in burgers which are tasteless and hard as a brick.

“Honestly it was the worst burger ever.

“Which is sad because the service was great and to be commended.

“Why a world famous chef would put his name to this is beyond me.”

User De M added: “This was the worst burger I ever had!

“We waited an hour for the food to arrive from when we ordered and the restaurant was half empty.”

Nick S commented: “The burger was incredibly salty and served on a metal tray covered in greaseproof paper.

“What’s happened to plates Gordon? Who wants ripping greaseproof paper under their food?”

However, Street Burger has 25 “excellent” reviews on TripAdvisor, with some foodies praising the meals.

“I wasn’t sure what to expect after reading some earlier reviews but my husband and our two friends just ate the best burgers we have eaten in a really long time.

“From the start, service was on point, no waiting around for drinks and that lead onto our food.

“Everything was cooked so well.”

Another user claimed the staff’s service was “great”, while another said their experience in the restaurant was “second to none”.

The burgers available include beef, chicken, and lamb, as well as vegetarian and vegan options.