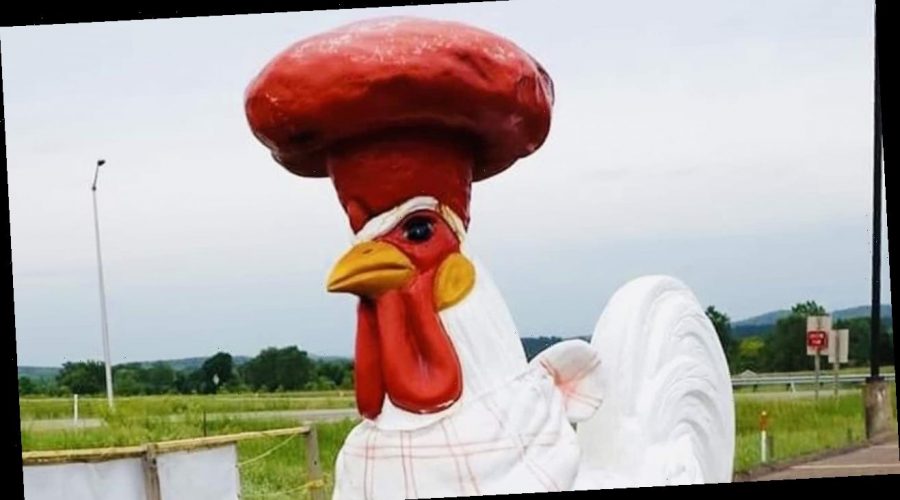 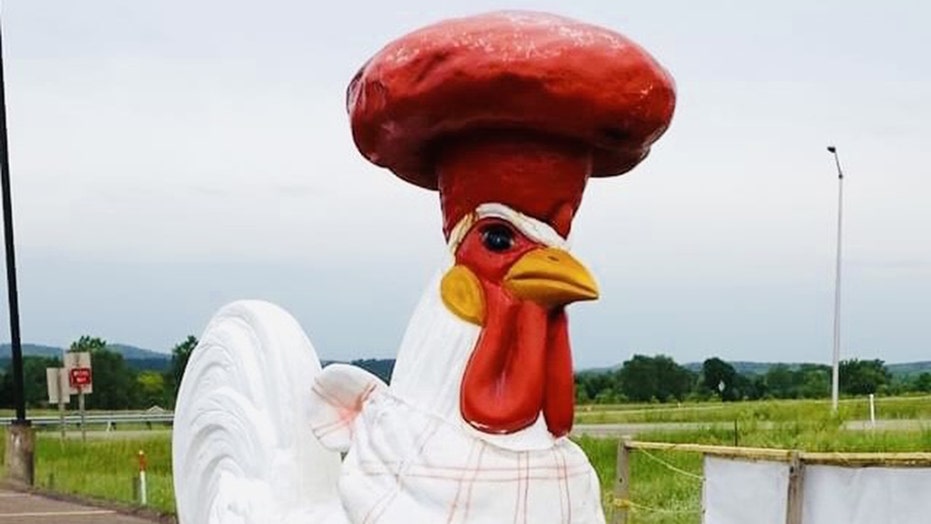 The owner of a Wisconsin restaurant really wants his rooster back.

Last week, someone stole a giant rooster statue from outside the Osseo Family Restaurant in Osseo, Wisconsin.

After several days with no leads, the restaurant’s owner, Artan Shabani, decided to offer a reward for its return: $1,000 and a free meal.

Shabani told Fox News that he found out the rooster was stolen when one of his regular customers asked if he had gotten rid of the statue.

“So I went next door and sure enough, it was gone,” Shabani said.

The rooster is about 12 feet tall and 4 feet wide and was bolted to the ground with steel beams before it was stolen, according to WQOW.

Shabani told Fox News he spoke with police about the theft, but if it ends up just being a prank, he doesn’t plan to press charges.

DENNY’S WORKERS GET INTO FIST FIGHT OVER WHICH TABLE WOULD GET CHICKEN FINGERS: REPORT

“If it’s a prank, if it’s some high school kids or college kids, I’m not pressing charges,” he said.

“I get it, they’re young, they’re having fun,” he added. “They didn’t harm anybody, they didn’t damage the property or the business or anything. Of course, I’m not going to press charges …  I’ll still even give them the $1,000 reward for bringing it back, too, and give them a free meal at the restaurant.”

However, if the thief plans to sell the rooster for a profit, Shabani said “that’s a different story.”

“That’s malicious intent to me,” he said.

Though there haven’t been many leads, Shabani said there has been an outpouring of support for the restaurant and the missing statue. 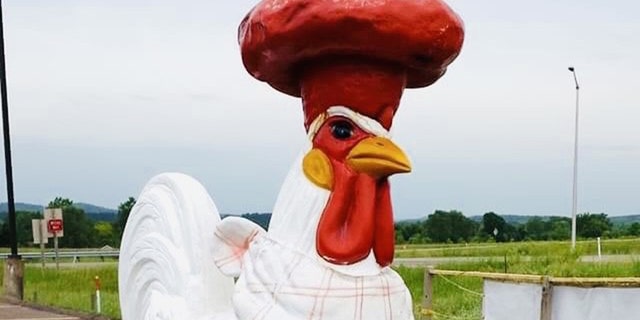 This 12-foot rooster statue was stolen from the Osseo Family Restaurant in Wisconsin last week. The owner will give a $1,000 reward and a free meal to the person who returns it.
(Artan Shabani)

“It’s a landmark. It genuinely is a landmark,” Shabani said. “It really is a part of the community.”

Shabani estimates the rooster has been around for about 30 years in front of a diner next to Osseo Family Restaurant. Shabani bought the diner about a year and a half ago, intending to remodel it into a pizza joint before the pandemic delayed the process.

However, the chicken remained a popular spot for photos, even though the restaurants behind it were closed.

“People were still driving by and stopping there and taking pictures with the rooster,” Shabani said.

If no one comes forward to return the stolen rooster statue, Shabani said he plans to get another one.

“I don’t know how long I’m going to wait,” he said. “But, I will be looking for a new one. I have to. Just because it is, like I said, that’s a landmark there.”