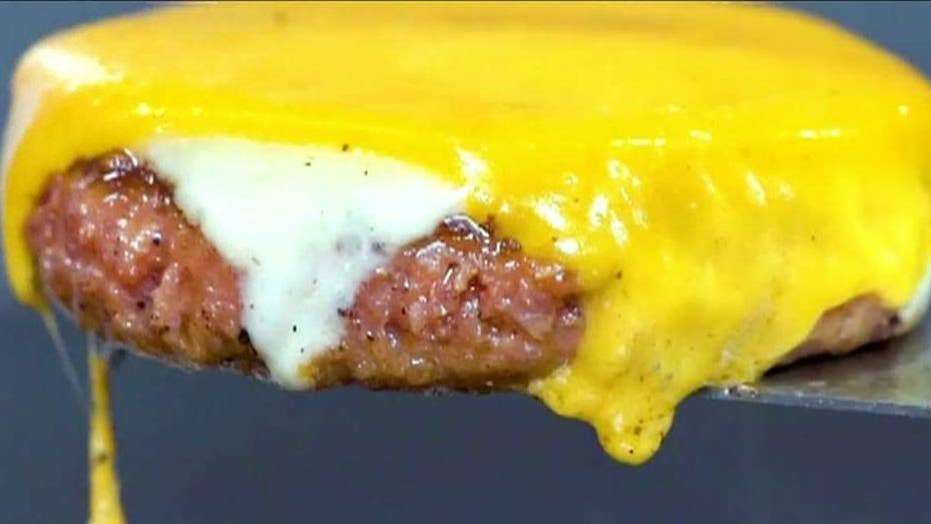 Are veggie burgers taking over the meat industry?

It was the burger that sparked a fervor.

An Oregon woman living in Australia has opened up about her unique journey from vegetarianism to butchery after eating a burger during her third pregnancy.

Though Tammi Jonas now works full-time today running a pig farm in the Central Highlands region of Victoria with her husband Stuart, her life was much different a decade ago. While expecting her third child, the longtime vegetarian claims she became “extremely anemic” and that her body needed more than just the iron-rich foods and supplements she was enhancing her meatless diet with.

"I was at work one day and just thought, 'a burger would fix this'," the butcher told 10 Daily in an interview published Tuesday.

Jonas slowly began incorporating red meat back into her diet, though she was adamant about only eating meat that was sourced and slaughtered ethically. During that period, the woman found herself “drawn to the land more and more.”

Raised on a cattle ranch in the Beaver State before relocating to Australia, Jonas became increasingly drawn to the thought of living out in the country with livestock.

"When you're from land it's in your bones,” she said.

Jonas and her husband then moved to their current, 69-acre property in 2011 and established Jonai Farms to “to raise happy, tasty, heritage-breed pastured pigs,” according to their website.

While committing to their new agricultural lifestyle, Jonas said she “immediately” felt that her family should farm pigs.

“I knew immediately pigs because they are some of the worst-treated in industrial systems," she said, explaining that Jonai Farms’ gives shoppers the choice to buy meat from animals raised cruelty-free.

With Stuart handling logistics and infrastructure, Jonas learned to butcher and has never looked back.

But although the animals are raised on Jonai Farms, they are ultimately slaughtered offsite — a fact which still makes her uncomfortable.

"I think they find all of that stressful and we'd like to take that part of the stress out of our system and be able to walk them to a death they didn't know was coming," she said. "I feel the most justified in eating the meat when I know they had no fear, no pain, they were just alive and then they were dead."

In a larger sense, the butcher hopes that her ethical pig farming will help combat what she identifies as the “bad information” that is fueling the vegetarian movement, a diet choice she remains "sympathetic" towards. 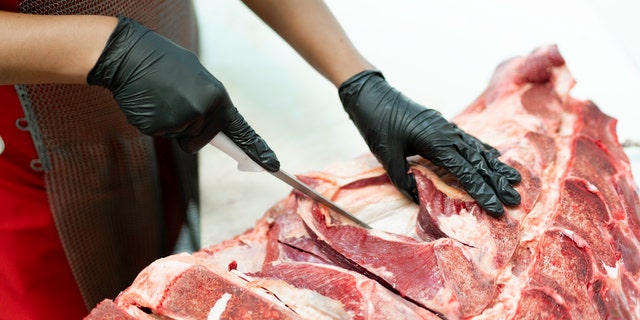 "I am trying to help people who are choosing [vegetarianism] while also still trying to figure out what is the best way to eat on a finite planet,” Jonas said.
(iStock)

"I am trying to help people who are choosing [vegetarianism] while also still trying to figure out what is the best way to eat on a finite planet,” she commented. "Hats off to you if you don't want to participate in any livestock production but try not to have too hard a go at those of us who are trying to restore landscapes with livestock and doing a much better job of it than your vegan impossible burger."

Jonas, who describes herself as an “ethicurean farmer, mindful meatsmith, agrarian activist, and cultural theorist” on her website, frequently documents the adventurous life and times of her family farm on Instagram.