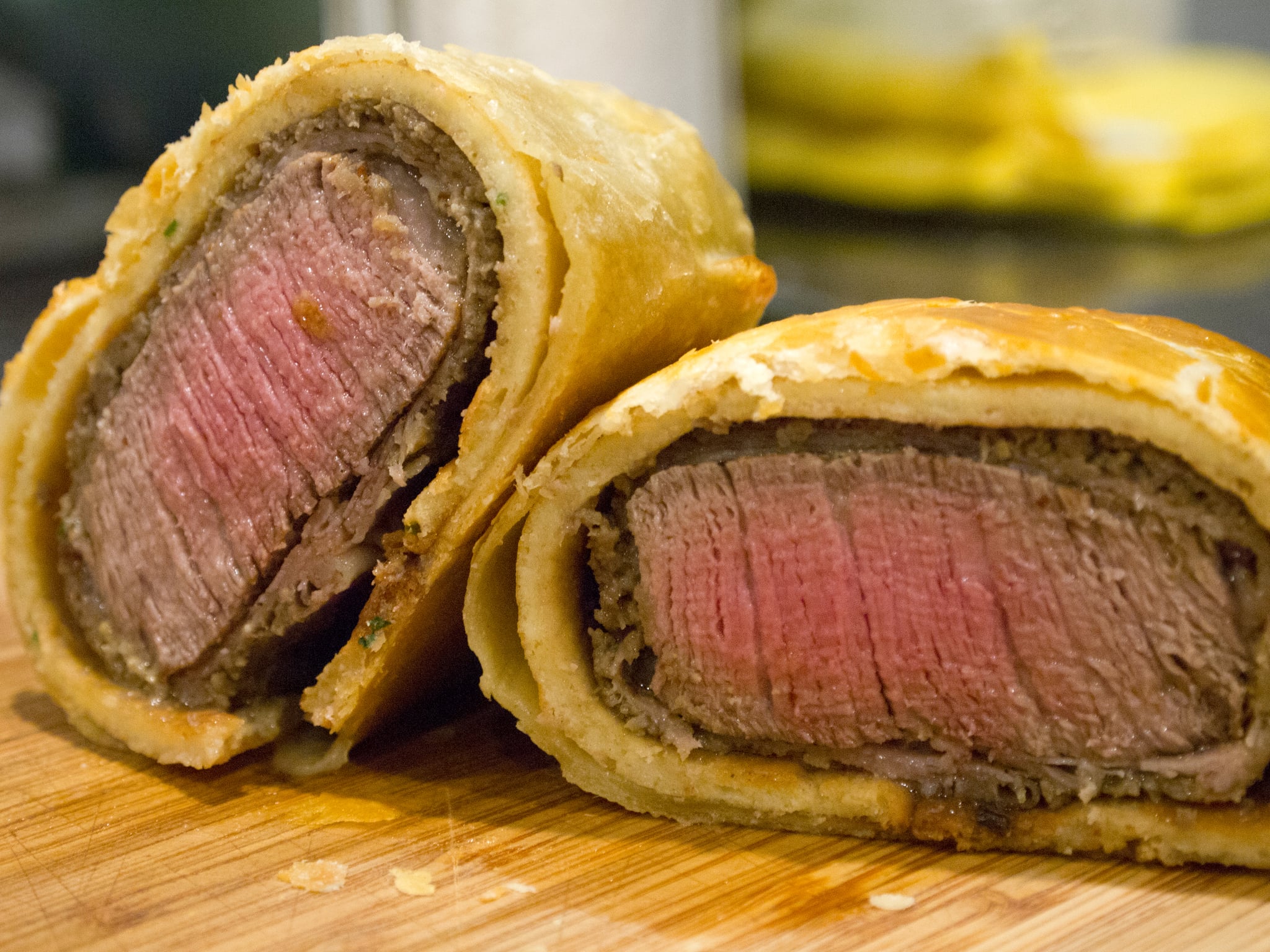 The most infamous dish from Gordon Ramsay’s Hell’s Kitchen has to be the beef Wellington, a traditional British dish consisting of a seared filet mignon smothered in a whole-grain mustard and wrapped in layers of salty prosciutto, an herbed crepe, duxelles (mushrooms that have been pulverized into a paste), and puff pastry. The whole package is then baked until the crust crisps up and the meat reaches medium-rare perfection.

Season after season, it never gets old watching chefs f-up beef Wellingtons and receive a severe verbal spanking from chef Ramsay. Viewers and show contestants alike know the most feared question to come out of Ramsay’s mouth is, “Who cooked those Wellingtons?” While Gordon plays a tough guy on screen, behind the scenes he’s every bit the funny jokester.

I know this because before coming to POPSUGAR, I spent a few years and few seasons working on Ramsay’s shows Master Chef and Hell’s Kitchen. Two weeks into the job, I found myself tasked with learning how to make beef Wellington. Thankfully I had a fantastic teacher, one of Gordon’s behind-the-scenes sous-chefs, who walked me through the process step-by-step and in great detail. Think you’re up for the challenge? Take a look at the recipe below.