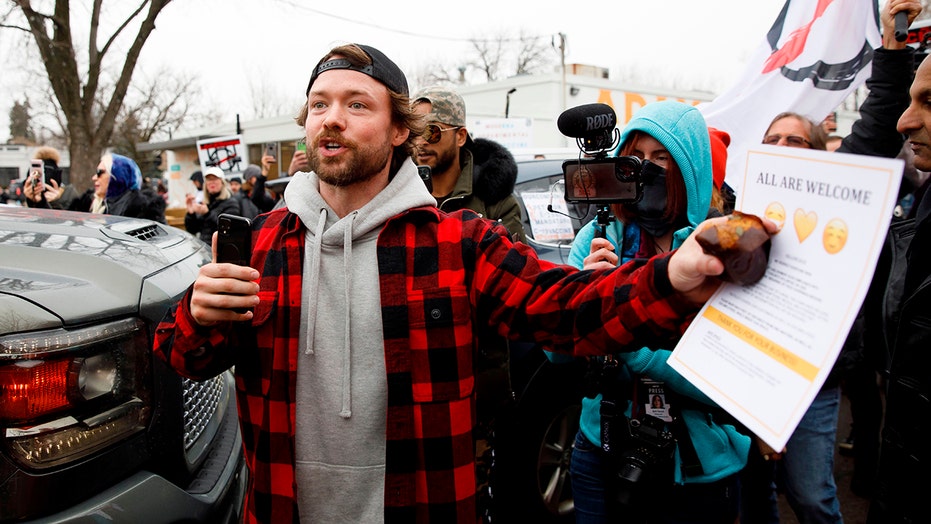 A restaurant owner in Toronto has been arrested for repeatedly attempting to defy the city’s ban on indoor dining, even going so far as to break into his own establishment and kick open the door for customers.

Adam Skelly, who owns Adamson Barbecue, was reportedly charged with mischief and the obstruction of police — in addition to a couple of other crimes — in connection with his repeated attempts to defy Toronto’s current coronavirus restrictions for restaurant and bar owners, which were extended through mid-December, per an order announced earlier this month.

Skelly, 33, first reopened his restaurant for indoor dining on Monday, the Toronto Star reports. He later bragged on Twitter that customers should once again show up for illegal indoor dining on Tuesday, in an effort to "show [Toronto Premier Doug Ford] who runs Ontario.” 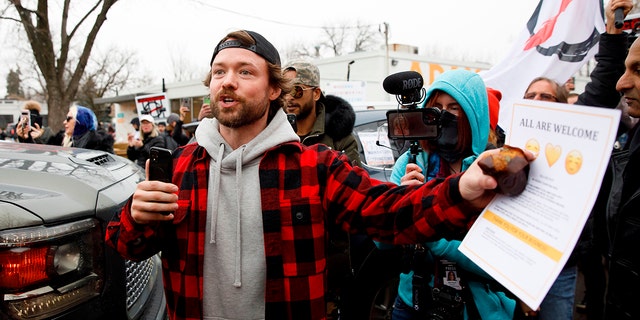 Adam Skelly, of Adamson Barbecue in Toronto, Ontario, is seen asking media to leave the property of his restaurant on Wednesday, after repeatedly opening his establishment for indoor dining despite the city’s coronavirus restrictions.
(Cole Burston/AFP via Getty Images)

Customers once again dined inside Adamson Barbecue on Tuesday, though Toronto police had responded, the Star reports. The public health department later shut down the restaurant at the end of its business day, according to the outlet.

Skelly again reopened on Wednesday, with crowds of supporters and protestors lining up outside the restaurant. In response, officials changed the locks on Thursday morning.

Skelly, however, arrived at the restaurant on Thursday and told Toronto Sun reporter Joe Warmington that he had every intention of reopening for lunch that day. (He had previously written on Twitter that he was actively looking for a locksmith to meet him at the restaurant.)

Later that day, Skelly was “permitted to enter a portion of the building, where there is no access to the restaurant, to obtain personal belongings,” according to Toronto communications officer Brad Ross, as reported by the Star. But from there, Skelly and his employees broke through a wall separating this area from the dining room (footage of this was shared to a friend’s Facebook account), and allowed customers inside while police attempted to hold back the crowd.

Skelly was eventually led away from his restaurant in handcuffs, and is scheduled to appear at a bail hearing on Friday, the Toronto Sun reports.

He faces numerous charges, including trespassing, obstructing police and defying provincial COVID-19 restrictions, among others. Supporters have already started a GoFundMe account to help with Skelly’s legal bills.

Another man has also been charged with six counts of assaulting a police officer, presumably during the commotion surrounding Thursday’s events, the Toronto Star reported.

Toronto restaurants are currently restricted from offering in-person dining, and may only operate for takeout, delivery or drive-thru, as per protocol set forth by the Reopening Ontario Act.

11/27/2020 Food & Drink Comments Off on Toronto restaurateur arrested for defying COVID restrictions, breaking into eatery to reopen indoor dining
Recent Posts
We and our partners use cookies on this site to improve our service, perform analytics, personalize advertising, measure advertising performance, and remember website preferences.Ok