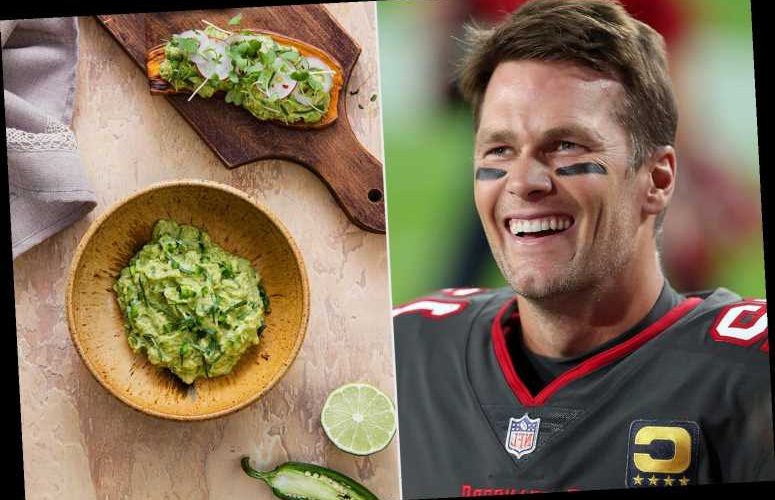 Tom Brady is headed to Super Bowl LV in less than two weeks, but for viewers at home, he's sharing his favorite guacamole recipe to snack on as they watch him compete on Feb. 7.

Brady, who will play in his tenth overall Super Bowl but first with the Tampa Bay Buccaneers, shared the recipe in the latest edition of his New York Times best-selling lifestyle book, The TB12 Method: How to Do What You Love Better and For Longer.

The TB12 Chunky Guac recipe, a staple of the star quarterback's TB12 diet, calls for standard ingredients like avocado, onion, garlic, jalapeño, and citrus juice. He brightens it up a bit by adding some citrus zest and fresh basil, as well. In perhaps a controversial turn of events, though, Brady calls for you to "skip the chips" and serve it with veggie sticks or sweet potato toasts instead (see full recipe below).

Brady previously opened up about his famously strict diet back in 2016 in an interview with The Dennis and Callahan Show — and revealed that he's actually a coffee virgin.

"I never had any coffee or anything like that. I just never tried it," he said at the time. He also previously admitted that he had never eaten a strawberry before (although Stephen Colbert later fixed that).

Brady and the Buccaneers will square off against Patrick Mahomes and the Kansas City Chiefs at Super Bowl LV on Feb. 7 at Raymond James Stadium in Tampa Bay.

1/2 tsp. Himalayan salt (you can add more to taste at the end)