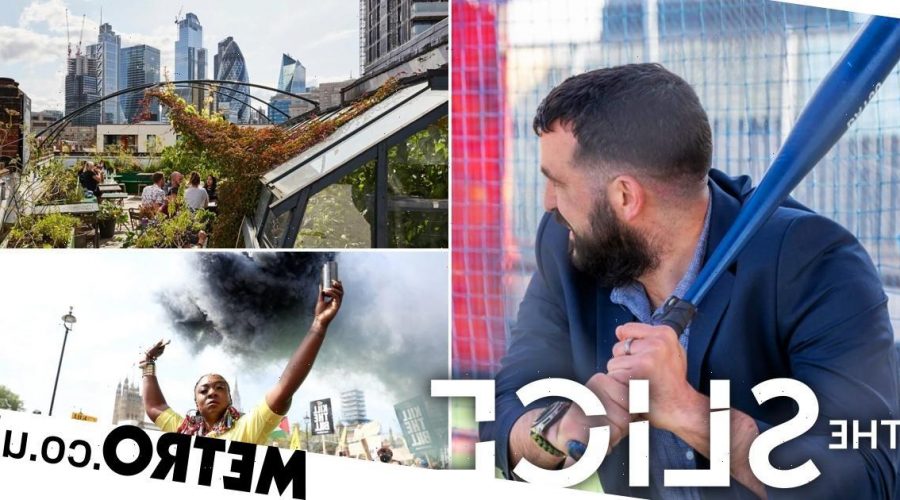 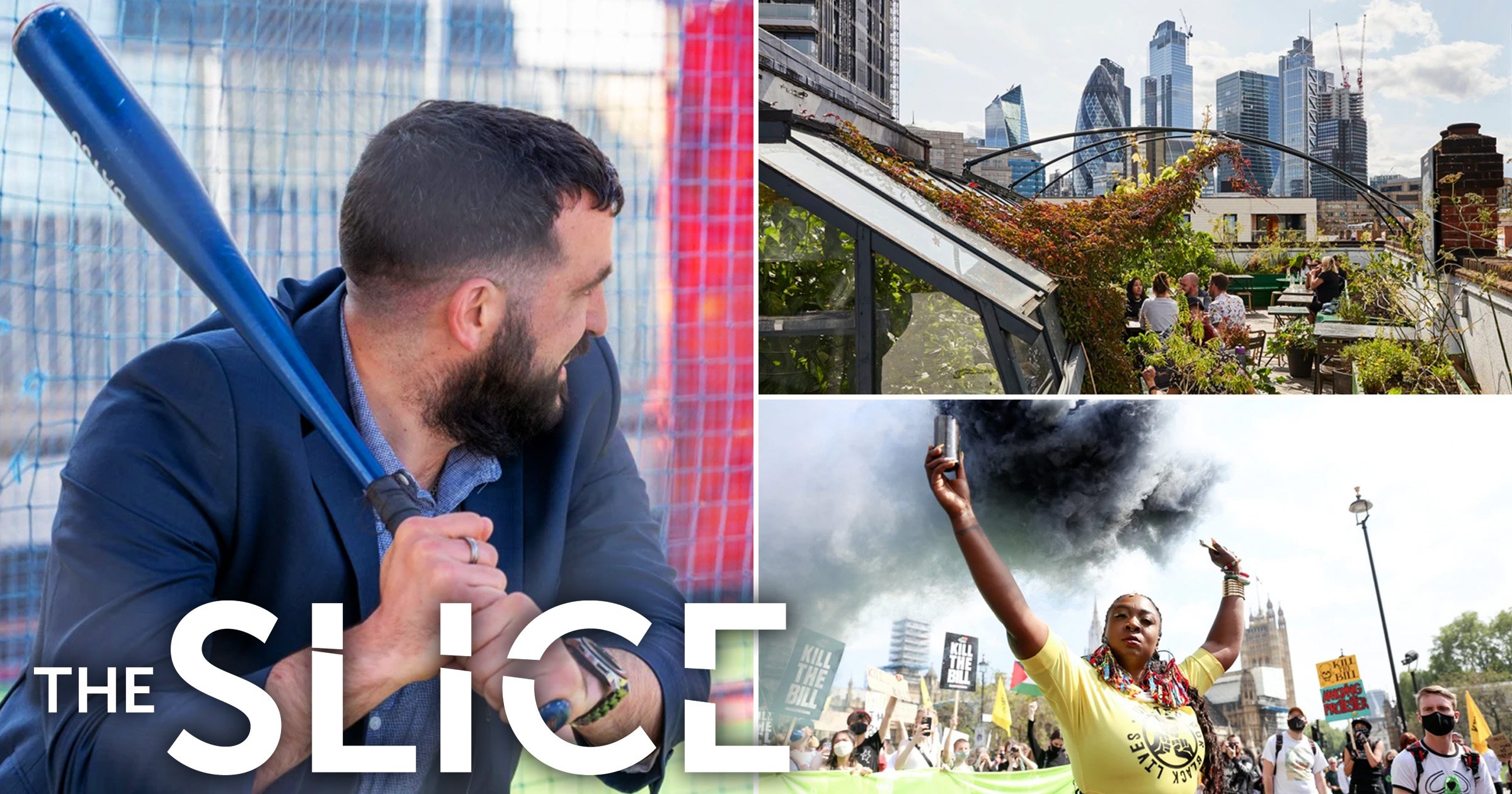 Do you remember when Bank Holidays could actually be a bit boring? Well, not anymore, people, not when London has such a mad array of stuff to do.

Whether it’s a 13-hour beer walking tour, the opportunity to sing karaoke in a car park or get some batting practice in on a rooftop.

Or why not take in a show while having your dinner or even learning about the history of protest at a photographic exhibition (never let it be said we’re shallow!) It’s all out there!

On the cutest little private road in Queen’s Park is a secret we’ve been thinking of keeping to ourselves. But you know us! We just can’t shut up.

Ok ok, it’s called Milk Beach, it’s an all-day Australian restaurant and it’s right out of the way meaning that the huge barn doors (these used to be stables) can be thrown open and the fun can spill right out into the street… and that’s before you add the concept of events such as natural wine tastings, live folk and soul and r’n’b.

Everyone’s giant adult playground is back, which means, yes, Roof East has re-opened. Packed with games (new ones, if you’ve been before), food vendors (new ones) and sundowners (same ones, but we’re not complaining… not with a sundowner inside us), it’s the most fun you can have with your friends watching.

Carpark karaoke (because we really need to hear that voice again), Sluggers batting cages, crazy golf, archery, ping pong, cornhole… it’s all here alongside amazing food and drinks and pop-up events like Sip and Paint, Top of the Block Quiz Night, even yoga.

At this rate, we’re never going to grow up.

It can’t all be eating and drinking and mucking around this Bank Holibobs, you know (well, it can but that doesn’t mean we can’t get some brain food while we’re at it), which leads us to your last chance to see a very important photographic exhibition before it closes.

It’s called Photographing Protest and it features the work of female and non-binary photojournalists on the theme of activism, from the first women’s liberation march in 1971, through the original Reclaim the Night protests in the late 70s to picketing nurses, striking schoolgirls and recent trans rights demonstrations.

Incredible and very uplifting photography… and just imagine how smart you’re going to sound having been!

A mile? Of beer? *puts on trainers and lines stomach* We’re so in! It’s all the brainchild of someone on our wavelength and includes a six-stop walking route along the Blackstock Road with beer tastings at every stop. Hooray!

It’s all free-entry and you should expect brewery tours, live bands, DJs, food and, of course, beer and lashings of it.

Stop-offs include Truman’s Social Club, Signature Brew, Beerblefish Brewing, Exale Brewing, Wild Card Brewery and Hackney Brewery, each and every one a diamond.

And all just ten minutes from each other so you won’t need to resort to Ubers after stop number four. But it lasts 13 hours so be ready!

Nothing says summer more than an outdoor screening especially when it’s feel-good fare like West Side Story, Encanto, Mamma Mia!, a sing-a-long Grease and Greatest Showman and maybe even some light Rocky Horror Show action.

Which is why it’s such great news that Adventure Cinema is opening up even more new locations in London for us to scoff our Propercorn.

And what locations they are: the gorgeous Charlton House and Gardens and Osterley Park and House, perfect for throwing down a picnic blanket, opening up a bottle of something fizzy and talking through some of the best movies out there!

Well, crunching on tortilla chips through a film is less annoying in the outdoors, isn’t it?

We’re already big fans of Freedom Bar and Soho Residence in Soho, so imagine our delight at the idea of a venue from the same people but in Notting Hill, which is quite handy for the Metro offices, as it happens, not that it’s all about us, you understand.

It’s called The Act and it’s big on live entertainment with pop-up performances from the casts of West End productions as well as impromptu outbreaks of song and dance from the waiting staff themselves.

All this in an elegant space – all heavy velvet upholstery and maximalist wallpapers – that fits 180 people!

So order up some food from Chatora, a superstar cocktail and just take in the show (offs!)

You know Culpeper. The family that’s into sustainable farming to such an extent that they even put on events to get the message out there… but in a fun way, with drinks.

Well, they have just reopened their rooftop, this year called The Culpeper Regen Rooftop, where there will be a special lunchtime set menu from Head Chef Pawel Ojdowski showcasing only sustainably sourced produce like oysters, beef kofta, lamb shoulder, asparagus, even a rhubarb panna cotta.

All this in a space where actual ingredients for your actual lunch are right there surrounding you and some of it is cooked over coals in the rooftop kitchen. Add biodynamic wine makers and it’s a sure-fire smash hit in the shadow of the city skyscrapers.

Wood you believe it?

You know that we’re already big fans of Mr. Fogg’s House of Botanicals, somewhere you can not only get some of the best cocktails in all of London town but where you will be surrounded by beauty, very over-the-top silly beauty, whether it’s flowers or curios or whatever.

Now they’ve gone and opened up a treehouse, if you don’t mind, with wisteria covering the whole ceiling and an actual wooden cabin. But in a bar! Like Downton Abbey meets Day Of The Triffids, you’ll be imbibing in classic furniture while the florals dangle from above.

Now if that’s not a top Insta-opp then we don’t know what is.

Did you know that making pasta from scratch is not half as hard as you might think (and no, we’re not talking about opening a can of spaghetti hoops!)

And to prove it to everyone of whatever culinary level, Pasta Evangelists (you know the fresh pasta company that delivers to your very door?) have opened a Pasta Academy, where you can go up to the elbows in flour to learn how to make everything from gnocchi to ravioli from the experts in their field.

And while we are on the subject of things Italian and delicious, how do you fancy a three-day Italian Sparkling Wine Festival at Eataly? Silly question, right?