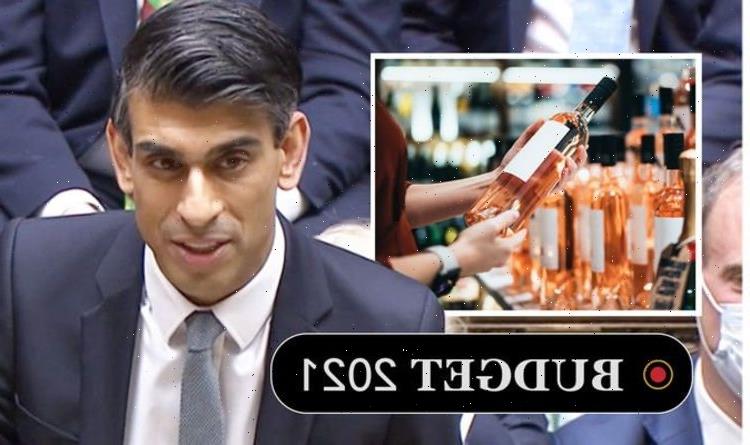 Rishi Sunak announced changes to the UK’s alcohol duties. During the 2021 Budget, the Chancellor of the Exchequer revealed his plans to overhaul the current system with a brand new one involving five steps which will change the prices of most alcoholic drinks sold in shops.

“Our new system will be designed around a common sense principle – the stronger the drink, the higher the rate,” he revealed.

“This means that some drinks like stronger red wines, fortified wines, higher strength white ciders will see a small increase in their rates, because they’re currently undertaxed given their strength.

“That’s the right thing to do and it will help end the era of cheap high strength drinks that will harm public health and enable public drinking.

“And because this is a more rational system, the converse is also true – many lower alcohol drinks are currently overtaxed and have been for many decades; rose, fruit ciders, liqueurs, lower strength beers and wines.

“Today’s changes mean they will pay less,” the MP added.

“I’m announcing proposals for a new small-producer relief, this will extend the principle of small-brewer’s relief to include, for the first time ever, small cider makers and other producers making alcoholic drinks of less than eight-and-a-half percent.”

“Over the last decade, consumption of sparkling wines, like Prosecco has doubled. English sparkling wine has increased almost tenfold.

“It’s clear they are no longer the preserve of wealthy elites. And they are no stronger than still wines, so I’m going to end the irrational duty premium of 28 percent that they currently pay.

“Sparkling wines, wherever they are produced, will pay the same duty as still wines of equivalent strength, and because growing conditions in the UK particularly favour lower strength and sparkling wines, this means English and Welsh wines, compared with strong imported wines will now pay less.