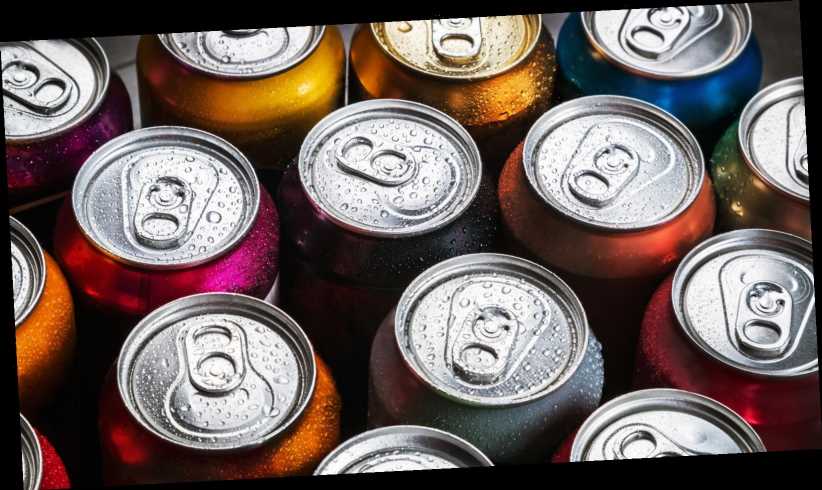 If you’re pinching pennies this month, you may consider opting for a store-brand soda instead of the name-brand stuff. (If you’re a soda person, that is.) Store-brand soda is often cheaper and, from what we’ve gathered, tastes pretty darn close to the real thing if you know what to look for (via HuffPost).

The store- or off-brand soda you choose, however, will ultimately depend on your location and your taste buds (i.e., whether you’re a Dr Pepper, Mountain Dew, or Cola fan, for example). Dr. Perky, which is basically an imitation of Dr Pepper, is a Food Lion brand of soda whereas Sam’s Cola is a Walmart brand (via Money Talks News). Because there are more Walmart locations than Food Lion locations, you may find that shopping at Walmart is more convenient (via Statista).

Speaking of Sam’s Cola, according to a blind taste test conducted by the team at Taste of Home, Sam’s Cola ranked as the “Runner-Up” choice when compared to other Cola brands. In fact, some testers thought the mystery drink was Coke. Sam’s Cola also out-ranked a number of store brands in the DailyFinance’s search for a tasty alternative (via AOL).

So, what's the worst store-brand soda you can buy?

Taste is subjective, of course. But, according to the subreddit r/crappyoffbrands, when it comes to the worst store-brand soda, Clover Valley’s MTN Explosion (which is a Dollar General brand) takes the cake.

“That stuff is Awful and tastes nothing like real Mountain Dew!” reddit user Degoragon writes. “DG ‘Clover Valley’ off-brand sodas are horrible! [They’re] even worse than that awful stuff Dollar Tree used to sell in the ‘three-liter’ bottles that were half Aspartame (NutraSweet), half HFCS.” Another reddit user commented with just one rather descriptive word: “Craptacular.”

Following this rant, Degoragon did give a shoutout to one store-brand soda in particular: Sam’s Choice, the makers of Sam’s Cola. So, there you have it. Imitation Mountain Dew is apparently a no-go, while Sam’s Cola could have the potential to trick your friends into thinking it’s real Cola during a blind taste test.

01/12/2021 Food & Drink Comments Off on The Best And Worst Store-Brand Sodas You Can Buy
Recent Posts
We and our partners use cookies on this site to improve our service, perform analytics, personalize advertising, measure advertising performance, and remember website preferences.Ok