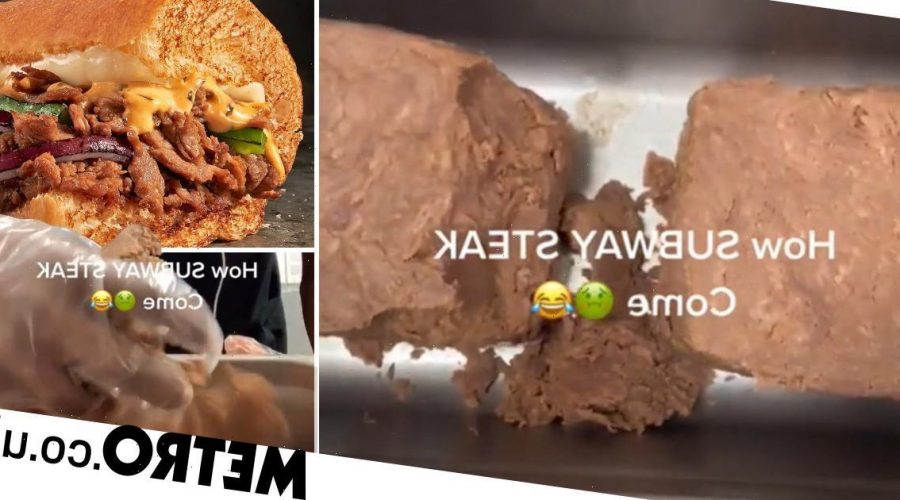 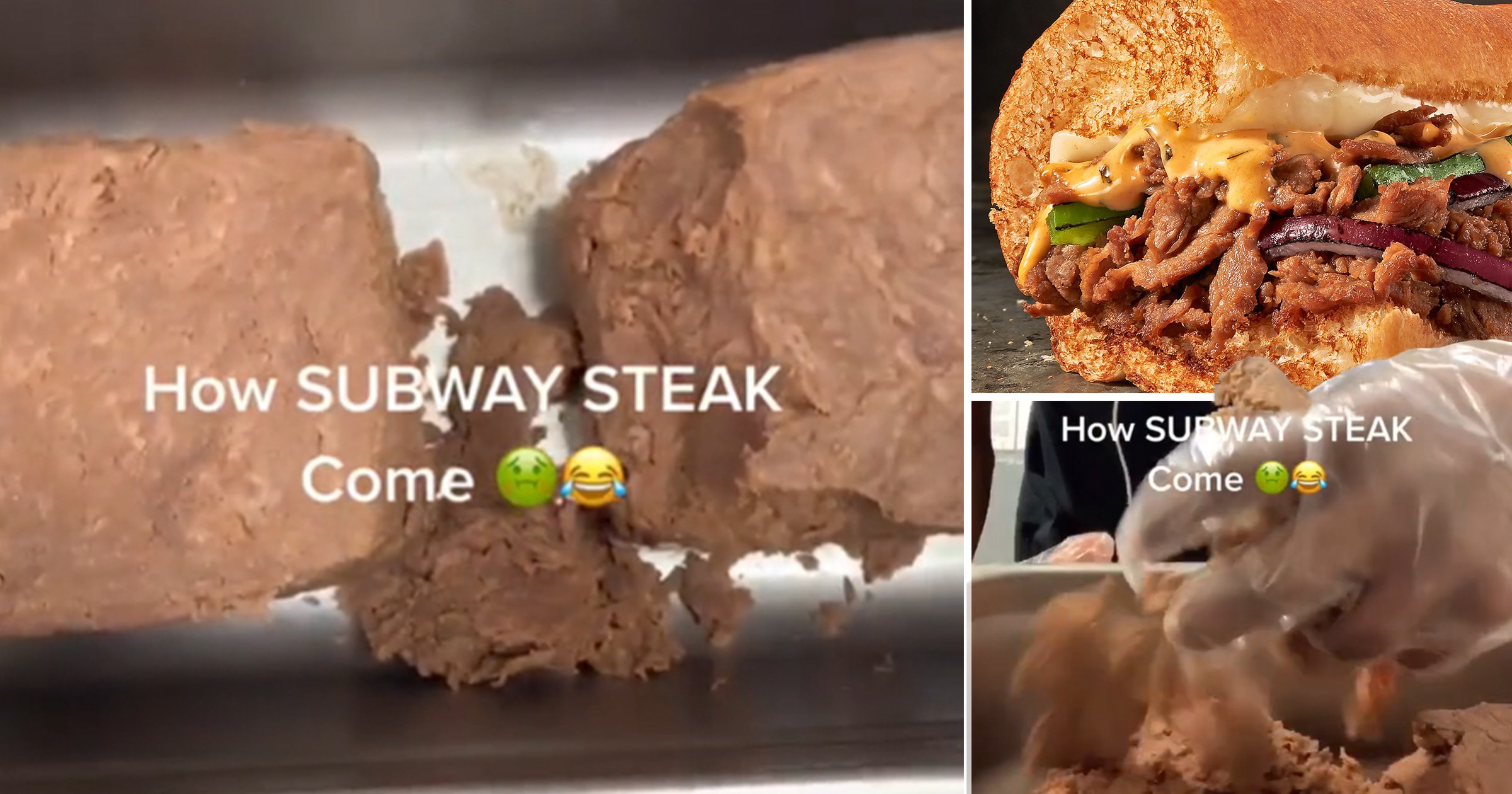 A Subway employee has shared what the sandwich meat looks like before it is prepared in a TikTok video that has had more than a million likes.

TikTok user @Travis2official works at a branch believed to be in Texas, and he has started sharing behind-the-scenes videos prepping steak, tuna, and teriyaki chicken while he is at work.

The videos show how the meat arrives in bulk packages, wrapped in plastic, before being prepared by hand to be put into the sandwiches or salads. And some people have found the candid clips to be rather unappetising.

Some even said that the videos have ‘ruined’ fast food for them.

The clip shows a brick of meat sealed inside packaging. Travis then opens the packages and places the blocks of meat into a bowl. With gloves on, he breaks apart the giant lumps of steak, and it easily crumbles into smaller pieces.

But, while some were horrified by the appearance of the meat, others said they weren’t surprised, and that they have no intention to stop eating at Subway.

‘Hasn’t killed me yet,’ wrote one.

‘Y’all expect them to have a cow in the back?’ asked another.

There was a similar response when Travis uploaded another video showing how tuna was prepared behind the scenes.

Like the steak, the tuna also comes sealed in a plastic bag, which Travis empties into a bowl and uses his gloves hands to break up.

He then adds a large bag of mayonnaise and mixes the ingredients together.

‘I don’t understand the issue,’ said one.

Another added: ‘That’s how tuna is supposed to look.’

A third said: ‘Did y’all expect it to be caught and delivered by Jesus or something? It’s a Subway, of course they aren’t going to have perfectly made food.’

The third video in the series shows Travis making chicken teriyaki, which involves emptying a bag of grilled chicken pieces and a bag of teriyaki sauce into a bowl and mixing it together with his gloved hands.

It is fast food after all.

We have asked Subway for comment on this issue and we will update this article if we receive a response.