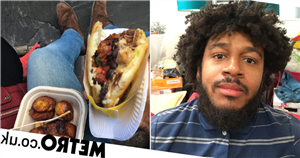 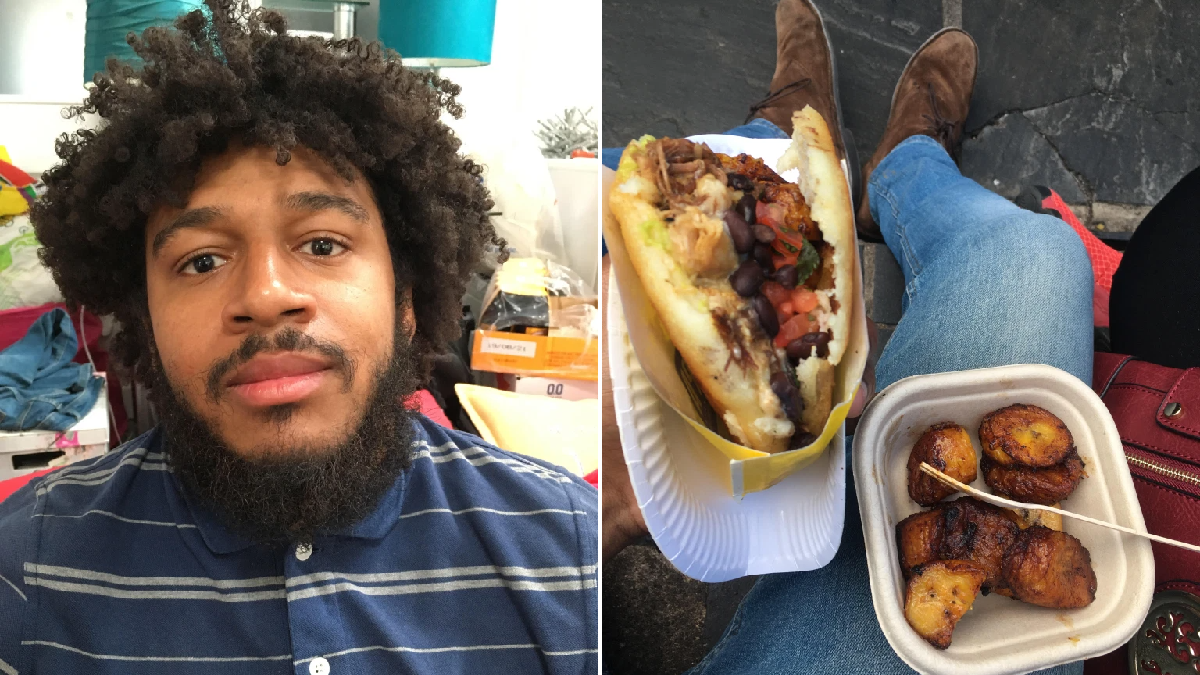 While at the University of South Wales in Cardiff, Jordan, now 25, quickly learned that away from home, the bills stack up.

When he found his student loan and a part-time job weren’t enough to pay for rent, partying and the supermarket shop, he established an ingenious system that kept his stomach full and his fridge stocked.

Jordan didn’t pay for food for two years at university – and he never went hungry.

Students around the country are packing their bags and thinking about the new semester.

But uni-life isn’t easy, or cheap. According to research released by the Save the Student website, 76% worry about making ends meet. One in ten students said they had never budgeted before starting at university, and 74% said they wish they better understood their finances.

Jordan’s grocery hack began in the early hours of Monday morning at a casino in Cardiff.

When he learned that casino members were entitled to a complimentary Chinese buffet with soft drinks – and endless plate refills – he signed up for free.

He then made sure every Monday he would be there at 4am where he could eat up to four plates of food.

While this would sustain him throughout the following day – it did make the Tuesday 9 o’clock lecture harder to get up for.

Jordan, who studied film, says: ‘I would come back from the buffet, have a bit of sleep and go to university the next day.

‘After three or four plates of noodles, spring rolls, sticky fried rice and sweet and sour chicken, I’d have eaten enough to keep me going through the next day.

‘I had so much to eat that when I woke up I still felt full.

‘I also had cookies and cakes from the buffet, which I’d eat before university.’

The freebie-hunting didn’t stop there.

After lectures on Tuesday, Jordan would visit the arcades in the town centre. These were populated with busy restaurants and cafes, and after striking up a relationship with cafe owners, he began to collect whatever was being chucked out at closing time.

‘Legally, they have to bin any food that was made fresh that wasn’t sold, even if it’s perfectly fine to eat,’ he explains. ‘I’d ask if they were going to throw anything away. And if they did, they’d give it to me.

‘My fridge was constantly stocked up with sandwiches, cookies, slices of cake.’

Nine times out of ten, Jordan would go home with plenty of food – he was rarely turned away and members of staff started to get to know him, sometimes bagging up his goodies in advance so they would be ready for him to take away. He would do the same on Thursday evenings.

By the weekend, Jordan would set his sights on local takeaways.

Cardiff’s Caroline Street – known locally as Chippy Lane – is home to a host of fast food restaurants that are open until the early hours. Jordan asked the servers at various takeaways for the food was going to be thrown away, and every Friday and Saturday night took home free chips, burgers and chicken wings.

Jordan’s method was a major success. His fridge was occasionally too full, and determined not to throw anything out, he would sometimes eat four sandwiches a day.

Aside from saving cash, his desire not waste food was a driver.

‘It really bugs me when I see things get wasted,’ Jordan explains. ‘We live in a world where people have no food, people go hungry and people die. I really don’t like waste.’

He was shocked the first time he first saw cafe workers filling bin bags with fresh food, which inspired him to ask to take it home.

Impressively, Jordan left university with £3,000 of savings, made from a part-time job in hospitality, which paid just over £7 an hour. He had plenty of money left over for partying, and graduated with a degree, cash in the bank and having not paid a single grocery bill in two years.

The Save the Student National Student Money Survey found that 47% of students’ diet suffers due to a lack of cash.

But Jordan’s weekly menu of sandwiches, Asian food and takeaways largely worked for him. He was never given anything that was past its sell-by date, though he did get the occasional bellyache. Using vouchers he once ate at the same buffet every day for a week. After one visit saw him devour up to six plates and a dessert, he ended up feeling green and realised he would have to pace himself.

Jordan’s method had another unexpected perk. By finding the courage to start asking for free food, his self-esteem grew, too.

He’d encourage anyone to try the same techniques.

He says: ‘I wasn’t the most confident person in my first year. But I like to get out of my comfort zone. I put myself out there. My mum has always told me – you have to bite the bullet. The worst thing they can say is “no”. My confidence grew as a result.

‘If you can go out and embarrass yourself like that, then you can go on and do it in other situations. And it gets easier each time. It’s definitely worth a try.’

Tom Allingham, from Save the Student, says living costs are outweighing income for many undergrads.

He notes that the average shortfall is £340 a month, so it’s hardly a surprise that students are having to get creative to make ends meet.

He said: ‘Jordan’s ingenuity is seriously impressive, and he’s definitely up there as one of the most creative money savers we’ve ever come across. But it’s worth highlighting that almost half of the students in our latest survey said that their diet has suffered as a result of money troubles.

‘Sadly, it’s just not possible for everyone to go to the lengths that Jordan has, and we’d really urge the government to increase the funding available to students.’

While we wait for this, there are some more conventional tips students can adopt to save cash while studying:

If you want more tips and tricks on saving money, as well as chat about cash and alerts on deals and discounts, join our Facebook Group, Money Pot.