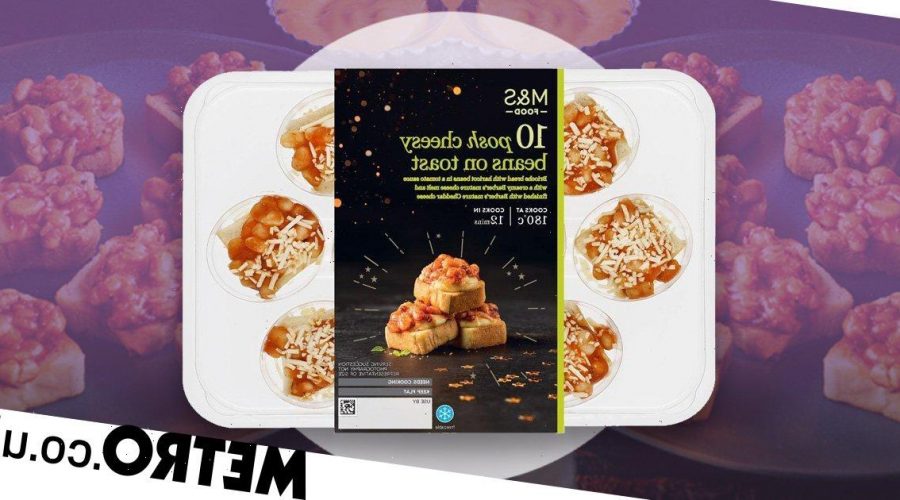 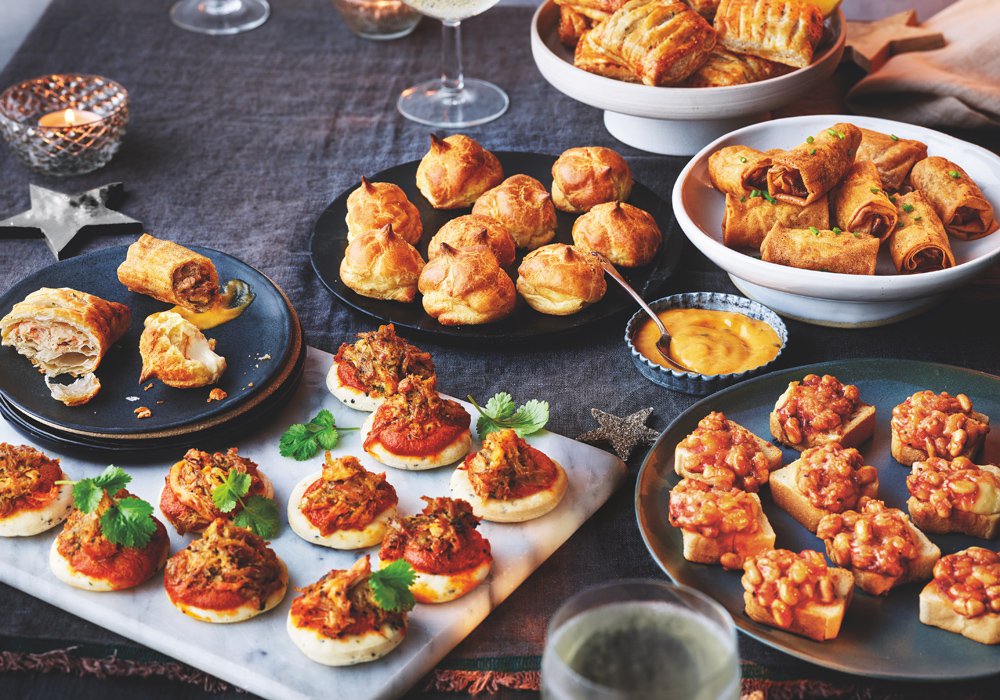 Beans on toast, for most of us, is a humble tea; a cheap and cheerful filler-upper that’s uniquely British.

In fact, despite of derision from bean-hating Americans on Twitter, as a nation we go through two million tins of them every day.

It’s safe to say we know our beans, and as the responses to the US/UK’s ongoing bean debate prove, we’re prepared to fiercely defend them.

A new item on the shelves of M&S is the latest target of ire from our foodie community – but this time it’s not an argument over taste.

As part of its Christmas range, Marks & Spencer released their own ‘posh’ beans on toast costing £5, with ten hors d’oeuvre-style pieces in a packet.

Made using brioche bread and haricot beans in a tomato sauce, these party bites also feature Barber’s mature cheddar throughout and on top. According to M&S, ‘If you love beans on toast, this is the party food for you.’

A spokesperson added: ‘They are delicious. You can pick them up on a four for three offer running across our award winning range of 41 fresh party food lines, saving up to an impressive £5.50.’

Perhaps in a bid to replicate the success of Yorkshire pudding nibbles (impossible to get away from at this time of year), the supermarket has tried to reimagine the staple dish. But not everyone is convinced.

The price tag – multibuy offers aside – seems to have annoyed shoppers most, with one person writing on Instagram: ‘I’ve never seen anything more unnecessary in my life than @marksandspencer selling “posh” beans on toast for FIVE POUNDS.’

A decent loaf of bread can cost under £1, with unbranded beans coming in at about 25p a tin. Add a sprinkle of cheese to the mix, and you’re still way under a fiver.

You’ll normally pay a premium for pre-made foods, so the question is whether the time these save you is worth the extra cost.

Other customers were equally outraged at the idea of being served the dish at parties, with one person tweeting: ‘Are M&S seriously [selling] beans on toast as a Christmas party food? Has the UK sunk that low?’

Another wrote: ‘I would like to know who do M&S think is serving beans on toast as hors d’oeuvres?’

It may seem crazy, but it wasn’t too long ago that garlic bread or tempura prawns appeared that way too. Previous generations could only imagine the menus of today, filled with matcha and halloumi and vegan meat substitutes.

Perhaps serving beans at your next soiree will turn you into a culinary trendsetter. But we’d advise making your own if you’re strapped for cash.