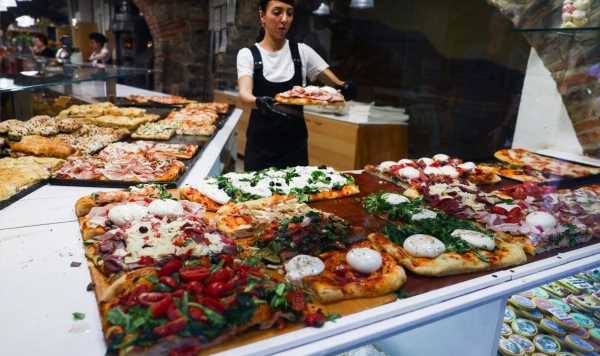 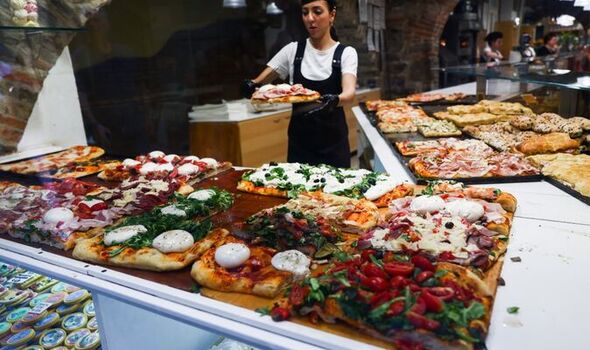 It also emerged nearly half (45 percent) have been inclined to try new dishes after seeing interesting sauces, oils, marinades, and condiments in supermarkets.

The ever-increasing variety of cuisine on take-away apps has also had a knock-on effect, with 45 percent revealing they’ve become more experimental when cooking at home as a result.

The study, by speciality cooking brand U:ME, manufacturer of oils and “Spice Shots” for use when making international dishes at home, found Italian and Chinese are the most popular cuisines.

However, with dishes from the likes of Japan (28 percent), Lebanon (15 percent), and the USA (47 percent) having been tried during the past 12 months, a new number one could be on the horizon.

Ria Joyce, head of brand at U:ME, said: “Our taste in food has never been more eclectic.

“A popular phrase right now is that the world is getting smaller, and that’s equally true when it comes to our taste in food.

“You can find cuisine from all over the world in your local supermarkets – and even more specialist stuff in smaller shops, especially in bigger cities.”

One in ten have even tucked into a Nepalese dish, while seven percent have enjoyed cuisine native to the Philippines.

As a result, 33 percent wish supermarkets stocked even more foodstuffs, condiments, oils, spices, and other ingredients from international cuisines, than they currently do.

This has proven to be especially frustrating for the 21 percent who often struggle to find ingredients they need for international dishes in UK shops.

But 44 percent have fared slightly better, having had this happen only once or twice.

And some have really felt the pressure to source particular ingredients – as 46 percent said family members have “begged them” to recreate meals enjoyed during far-flung holidays.

But of the parents who took the poll, 50 percent have slogged away at an exotic dish – only for their kids to turn their noses up at it.

Ria Joyce added: “You don’t need to spend a whole afternoon working away at an adventurous dish in order to ensure it goes down a treat.

“There are simple ways even the most mundane dishes can be given a new lease of life, with the addition of a couple of teaspoons of a marinade.”

The study, carried out via OnePoll, also found half of adults (51 percent) are passionate about expanding their food horizons, and 53 percent would go as far as describing themselves as a “foodie”.

In fact, six percent even claim their home-cooking is on a par with a professional chef, while 16 percent rate themselves as a “talented amateur”.

Ria Joyce said: “Everyone’s tastebuds mature at a different rate, so it’s not a surprise some kids might find more exotic cuisines sometimes harder to stomach.

“However, getting kids excited about flavours and foods from around the world from a young age can really spark their curiosity.

“This can mean as they get older, they have a great relationship with different textures, flavours, spice levels, and more.”