Princess Diana had her own private chef when she lived at Kensington Palace who learnt how to cater to her palette. Former royal chef Darren McGrady had been the Queen’s private chef for several years when he went to work for Princess Diana.

Mr McGrady learnt how to whip up healthy dishes that were to Diana’s tastes and her also cooked for Prince William and Prince Harry.

Princess Diana had been treated for an eating disorder by the time Mr McGrady began working for her and insists she always liked food.

He told Delish: “If [there was] any misconception, it was that the Princess didn’t like food.

“She did! She conquered that bulimia and she got her life back on track.” 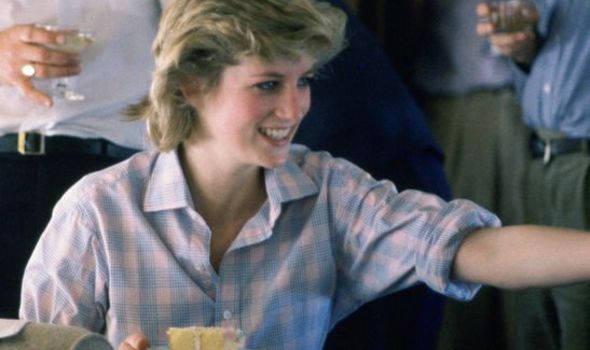 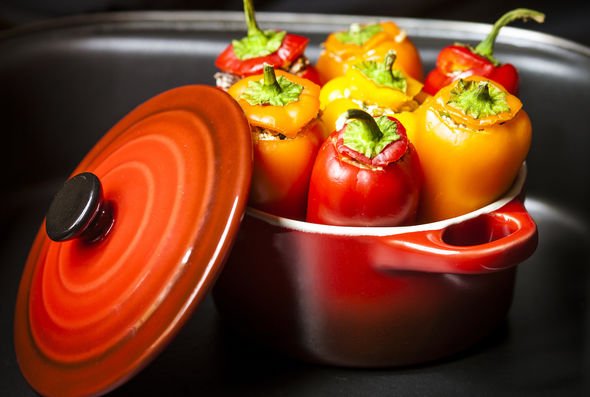 Instead of eating the same roasted chicken and potatoes that her sons ate (“the kind that you bite into and oil just runs down your chin”), the princess would have McGrady poach chicken and dry bake potatoes so that William and Harry wouldn’t have to follow the same dietary restrictions as their mum.

According to Mr McGrady, one of Diana’s favourite dished was stuffed roasted peppers and he shared the recipe on his blog (theroyalchef.com). 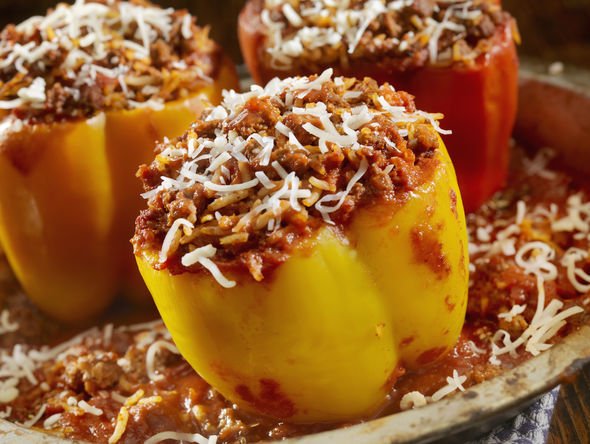 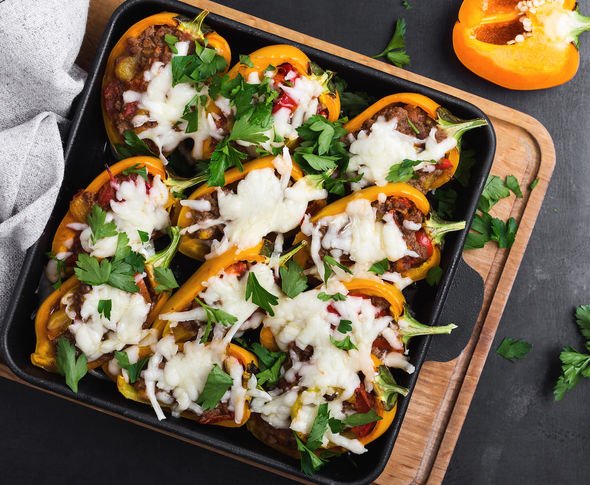 Preheat oven to 350 degrees. Cut the tops off the peppers, and clean out the seeds and membranes.

If the peppers won’t stand up, cut a little piece off the bottom to level them.

Place the peppers on a baking sheet, and drizzle with the oil. Bake for 25 minutes, or until they start to soften. Remove from the oven and allow to cool.

Pour the oil from the peppers into a frying pan, and add the onions, mushrooms, zucchini and oregano. Season the vegetables with the salt and pepper to taste, and sauté over high heat until they start to soften.

Add the tomatoes, rice, water and bouillon cube, and simmer for about five minutes. Adjust the seasoning.

Fold in the bacon, basil and mozzarella, and divide among the peppers. Sprinkle the Parmesan on top of the peppers, and bake in the middle of the oven for 15 minutes, or until the cheese has melted and the filling is hot.

If you or someone you know needs help with an eating disorder you can reach the Eating Disorders Association us on their 24-hour support line at 028 9023 5959 or visit their website here.

08/13/2020 Food & Drink Comments Off on Royal recipe: How to make Princess Diana’s favourite dish
Recent Posts
We and our partners use cookies on this site to improve our service, perform analytics, personalize advertising, measure advertising performance, and remember website preferences.Ok