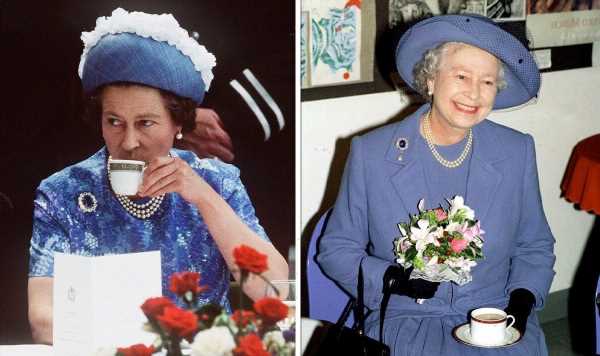 As the Platinum Jubilee approaches, families across the UK will be making the most of the four-day Bank Holiday weekend to gather and celebrate. Many will be drinking tea and eating cakes, but how does Her Majesty herself like to take her cuppa?

Grant Harrold is the Queen’s former butler and therefore knows exactly which tea bags the monarch prefers, and how she liked to consume her tea.

He revealed: “I am sure the Queen enjoys her Assam or her Earl Grey the traditional way, made with tea leaves in a teapot and poured into a fine bone china teacup.

“She will also use a strainer.”

Grant added that the Queen always adds milk to her cup after the tea.

This is because this is the “proper” way of brewing tea.

“Since the 18th century, the proper way of brewing tea has been to serve tea before milk, and this is something that the British royals adhere to,” Grant said.

The British etiquette expert advised how families at home can take their tea in a similar fashion to the Queen.

He explained: “Pour the tea into the cup from a teapot, add milk to the cup after the tea and never before, stir back and forth – never use a circular motion and never touch the sides.

DON’T MISS:
Fury over parking fines handed out to elderly drivers [SHOCKING]
Tourist has car flooded after parking in harbour and ignoring advice [INSIGHT]
Martin Lewis shows drivers how to save money on airport parking [ADVICE]

“Lastly, you should always sip from the cup and never slurp.”

Dr Sharon Hall, head of the UK Tea and Infusions Association at www.tea.co.uk also shared her advice on making the perfect cup of tea.

After boiling the water, Sharon recommended adding one tea bag of one rounded teaspoon of tea leaves per person into a china or glass tea pot.

She stressed that it’s best never to use a metal teapot as this can affect the flavour.

The tea expert continued: “Add the boiled water and brew for at least three minutes – this develops the flavour as well as maximising the beneficial polyphenol compounds in tea.

Next, pour the brewed tea into a cup and add a splash of milk if desired.

Or if using a tea bag directly in your mug, remove the bag after brewing, before adding the milk.

Interestingly, many Britons enjoy the same tea as Her Majesty.

Research undertaken by the UK Tea and Infusions Associations reveals that four in 10 British adults enjoy a regular cup of Earl Grey tea.

Six in 10 of those surveyed add cow’s milk to their tea, like the Queen, whole 27 percent add sugar.