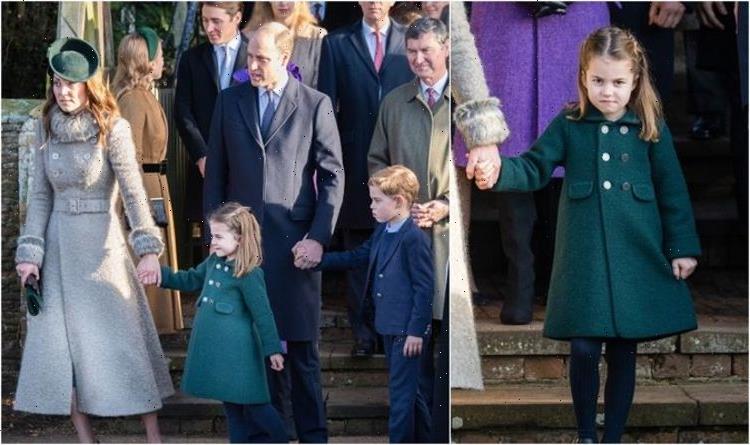 The only daughter of the Duke and Duchess of Cambridge is said to adore olives and would choose them over crisps or any other savoury snack. Kate Middleton admitted her children love pizza and cake just like ordinary children, however, Charlotte’s tastebuds are clearly very advanced. Royal commentators had previously disclosed that Kate Middleton also loved eating olives as a child, therefore this should come as no surprise.

Charlotte has clearly inherited her mother’s tastebuds as they are both fans of the savoury fruit that people either love or hate.

This first came to fruition in 2018 when Kate visited Great Ormond Street Hospital, where she was seen chatting to a four-year-old who was waiting for a heart transplant.

The patient, Rafael Chana, told the Duchess he liked olives and they were his favourite pastime snack.

Kate was heard replying: “I used to eat lots and lots of olives when I was little as well.”

Rafael also told the Duchess he loves to eat pasta to make him happy in the hospital, Kate revealed: “Charlotte likes pasta and olives too.”

Royal reporter Rebecca English later tweeted the following: “The Duchess of Cambridge revealed today that her daughter, Princess Charlotte, loves olives and she encourages both her and Prince George to cook with her.”

Princess Charlotte is also said to love spicy food similar to that of her mother.
This would be a stark contrast to her father, Prince William, who reportedly despises spicy food.

On this tour, Kate Middleton found common ground with the prince about their love of curry.

The Duchess admitted she loves to cook curry at home and encourages her children to assist her.

However, Kate admitted she has to tone down the spice for Prince George and Prince Louis as they take after their father in their lack of being able to handle spicy food.

But Princess Charlotte on the other hand is reportedly brilliant with spicy food, showing her palate is incredibly sophisticated for a six-year-old.

The Duchess told the prince: “Charlotte is pretty good with heat”.

The Duke of Cambridge has previously been candid about preferring a mild dish.

He joked with the prince of Pakistan, saying he loves a good curry as long as it is “not too spicy”.

It is clear the boys in the Cambridge family prefer different food to the girls entirely, making for a brilliant family debate in the dining room.

Kate Middleton has previously shared clips of the children baking and often talks about teaching them to cook at Kensington Palace.

The three children will certainly grow up eating versatile foods, especially if they become full-time working royals in the future and travel the world trying their cuisines.