And so the Popeyes Chicken Sandwich craze continues.

A woman tried to cut in a drive-thru line at a Popeyes in Los Angeles, sideswiping her own car in the process.

In a video shared to Instagram, a woman in a grey Mercedes is seen trying to jump the line by driving past the long row of cars in the drive-thru lane and then jamming her car in front of a dark grey Toyota that is at the order window.

In the close-up video, the woman is seen struggling to move her car forward as it scrapes along the concrete safety bollard and scratches up her paint job, as well as takes off part of her door panel.

A witness is heard telling the driver, “Damn, you’re f—ing your s— up.”

Another man, seemingly to be with her, is seen standing in front of the Toyota before banging on the window and telling the car to back up. Off camera, someone can be heard encouraging the man to “open her door” and “bust the windows.” 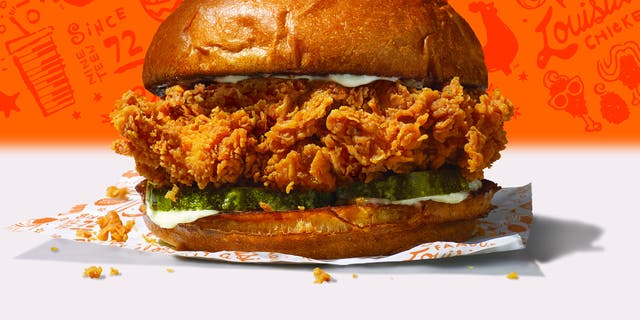 A woman tried to cut in a drive-thru line at a Popeyes in Los Angeles, sideswiping her own car in the process.
(Popeyes)

At one point a Popeyes employee comes out and reportedly informs the woman because of her stunt she will not be able to order. According to the Instagram caption, the woman in the Toyota drove off and the group in the Mercedes “threw stuff at her car.” However, she reportedly was able to get her sandwich.

Bystanders did not seem shocked by the scene, with one person smiling and nodding “yes” when asked if the coveted fast food sandwich is “that worth it.” 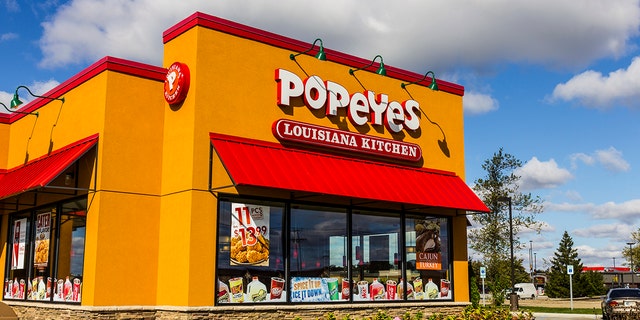 At one point a Popeyes employee comes out and reportedly informs the woman because of her stunt she will not be able to order.
(iStock)

Since the sandwich returned to stores Sunday after a two-month hiatus, Popeyes has been plagued with long-lines, fights and one fatality when a man tried to cut in line at a Maryland location Monday night.

Popeyes has not commented on the violence that has been sparked over the sandwich.

11/07/2019 Food & Drink Comments Off on Popeyes Chicken Sandwich craze continues with woman scraping car to cut in drive-thru line
Recent Posts
We and our partners use cookies on this site to improve our service, perform analytics, personalize advertising, measure advertising performance, and remember website preferences.Ok