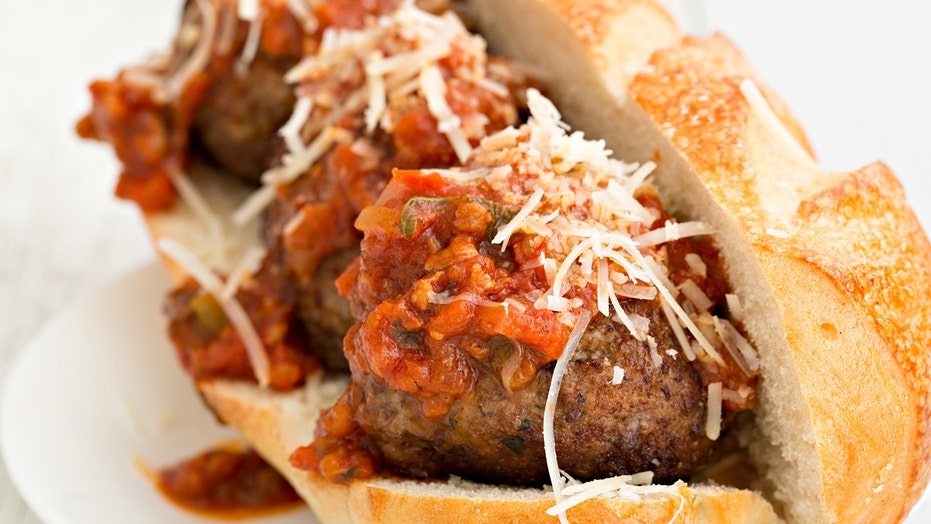 A California woman allegedly damaged the dining room of a sandwich shop and attacked its owner and employees after she was denied a refund for her half-eaten sandwich.

We didn’t even know this sandwich existed yesterday, and now we’ve never wanted anything more.

A restaurant and taproom in Philadelphia recently received a “kidnapper-style” note from an infrequent customer demanding the return of its “spaghetti and meatball hoagie,” despite the item leaving the permanent menu years ago.

Ken Correll, the owner of Memphis Taproom, told BillyPenn.com that the letter arrived sometime last week. Addressed only to “Owner,” the anonymous sender claimed to have learned of the “troublesome news” only recently.

“I was informed today, by a fellow colleague of mine, with some troubling news. I nearly passed out when the text came in,” the letter reads. “I had to sit down for a minute to regain my composure.”

The customer goes on to state that the spaghetti and meatball sandwich — which is actually made with vegan lentil meatballs — is what “the community” needs during the COVID-19 pandemic.

As Correll explained on Facebook, however, he believes the request might be the work of a troll, pointing to the fact that the writer used a controversial nickname for coronavirus (the “Chinese virus”) that has been labeled as racist and xenophobic. He also suggested that anyone who would still use that term probably doesn’t have any interest in a vegan sandwich.

“Even if I did know how to respond, there was no address,” Correll wrote of the baffling “kidnapper-style” letter.

Correll’s followers seemed equally baffled and offended, but at least a few agreed that the sandwich was worth this type of fandom.

For those people, Correll let them all in on a little hint: “The Vegan Spaghetti and meatballs [plate] is still on the menu and if you ask we’ll make the spaghetti sammie,” he said.

Still, another follower warned Correll of the possible “Godfather”-style repercussions should he refuse to put the sandwich proper back on the menu.

“I would take this seriously,” the Facebook user warned. “You [might] wake to find [your] bed splattered red with sauce and balls.”

Correll later admitted to BillyPenn.com that he's willing to put the sandwich back on his menu if enough customers request it. Meanwhile, he's just grateful to have kept most of his staff employed, as customers are still visiting the Memphis Taproom to enjoy their beer and on-the-menu sandwiches in its large outdoor beer garden.

08/24/2020 Food & Drink Comments Off on Philadelphia restaurant receives 'kidnapper-style' letter demanding return of sandwich formerly on the menu
Recent Posts
We and our partners use cookies on this site to improve our service, perform analytics, personalize advertising, measure advertising performance, and remember website preferences.Ok