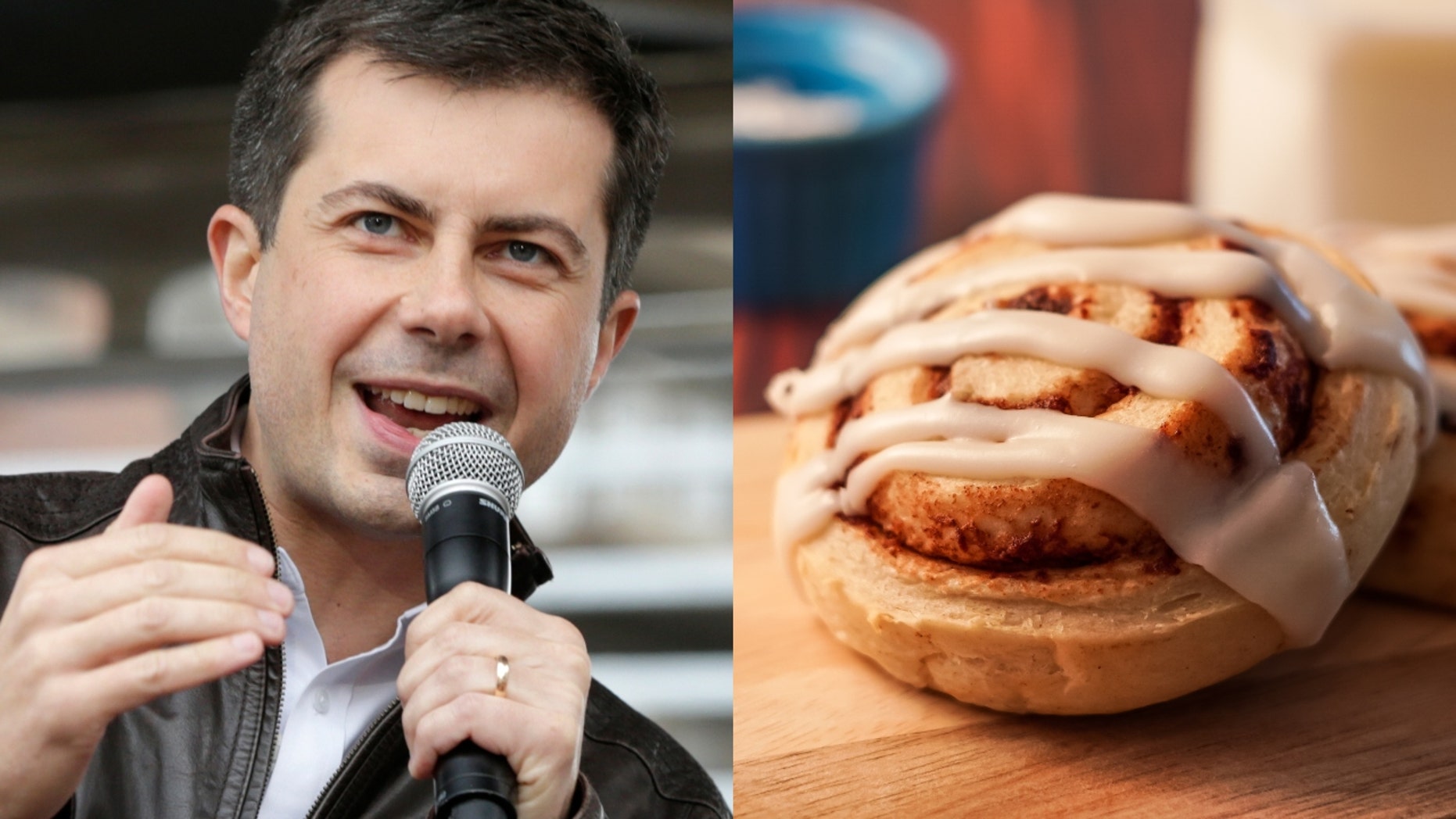 But when Twitter users caught wind of the photo, which many believed to be Buttigieg eating a chicken wing, it was quickly flagged as an apparent food faux pas.

“I don't care what your politics are, it is illegal to cut a cinnamon roll into pieces with a knife and then eat it like a chicken wing,” an outraged Twitter user wrote along with the now-viral picture.

“OMG I thought it was a chicken wing,” tweeted journalist Yashar Ali. “My god.”

“The only conceivable reason to cut up a pastry like this is to eat it exclusively with knife and fork, primarily to keep your hands clean,” another person tweeted. “Yet here he is with bite sized pieces shoveling them in with BOTH hands like its gonna get away or something lol.”

Another Twitter user shared a similar sentiment: “Cutting is fine. Hands only is fine. But this bizzare middle-ground is not okay.”

Others questioned whether Buttigieg was fit to serve as president over the apparent violation.

JUSTIN BIEBER SAYS POPEYES CHICKEN SANDWICH IS 'NOT WORTH THE HYPE'

“THIS MAN CAN'T EAT A CINNAMON ROLL…how is he going to run a country???” someone tweeted.

“Don’t worry,” she wrote, “these are actually chicken wings.”

Despite Buttigieg’s supposed cluelessness on how to properly eat a cinnamon roll, he did let everyone know it was “ridiculously good.”

“Will have to come back!” he tweeted.

11/09/2019 Food & Drink Comments Off on Pete Buttigieg eating cinnamon roll 'like a chicken wing' draws ridicule online
Recent Posts
We and our partners use cookies on this site to improve our service, perform analytics, personalize advertising, measure advertising performance, and remember website preferences.Ok