Pepsi is hoping some really do like it hot as it has unveiled its newest flavor, which is influenced by a seasonal classic – hot chocolate.

According to a tweet, the soda company plans to kick start the new year with its Pepsi ‘Cocoa’ Cola, which is a "concept from the Pepsi Test Kitchen." The drink will reportedly taste like "a delicious blend of cocoa (and hint of marshmallow) mixed with Pepsi cola," CNET reported.

Why is Pepsi decided to make this flavor?

Well, the familiar-sounding ‘Cocoa’ Cola beverage was created at the behest of Pepsi fans after the brand posted a tweet: "What’s sweeter than saying ‘bye’ to the worst year ever? Pepsi ‘Cocoa’ Cola – the latest concept from the Pepsi Test Kitchen. 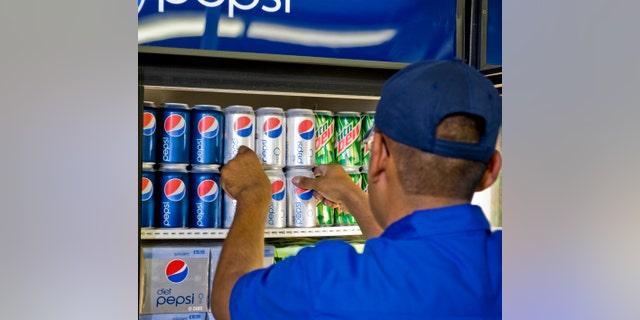 The brand has shared it will make a batch in 2021, but did not disclose more details.
(Pepsi)

"Want to try and get your hands on it? 2,021 RTs and we’ll make a batch. #PepsiCocoaCola," the tweet stated.

Sure enough after the tweet went up, the soda maker was able to gather the necessary 2021 retweets, even pushing about 4,800 as of Friday evening.

Though the fans seem eager to taste the chocolate-and-marshmallow-flavored soda, Pepsi has not shared an exact date the drink will be released, or where consumers may hope to pick it up.

12/19/2020 Food & Drink Comments Off on Pepsi to release ‘Cocoa’ Cola in the new year
Recent Posts
We and our partners use cookies on this site to improve our service, perform analytics, personalize advertising, measure advertising performance, and remember website preferences.Ok