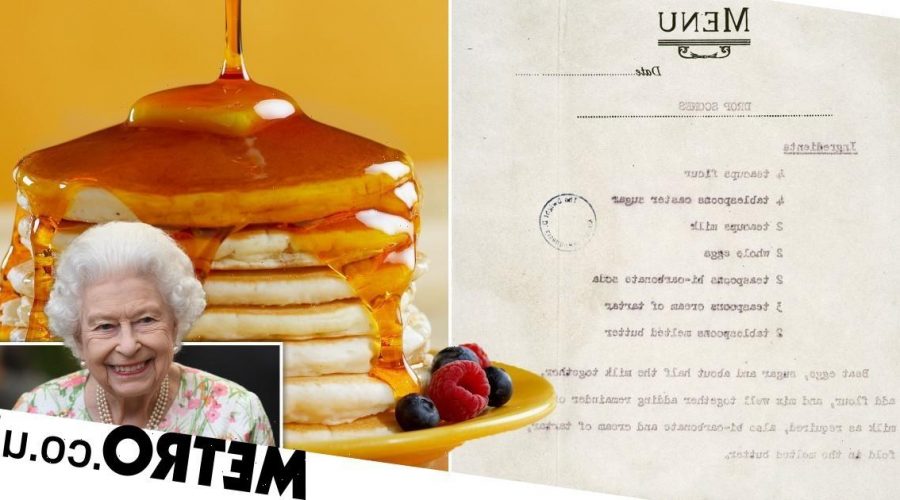 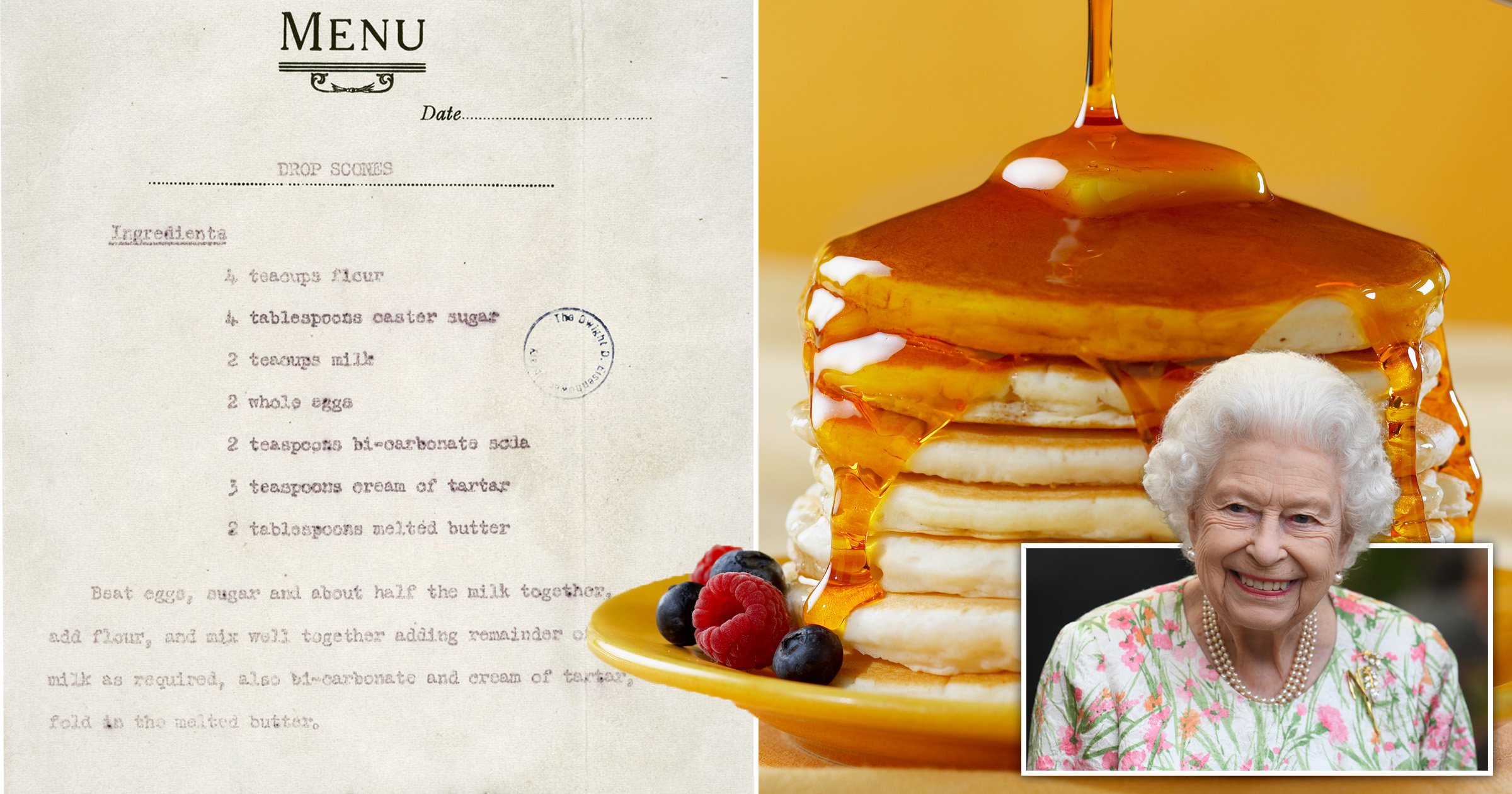 The Queen was said to be a fan of sweet treats – having afternoon tea with cakes and scones every single day.

But it seems the monarch was also a pro at making pancakes.

A recipe sent to President Dwight D Eisenhower in 1960 was posted on Reddit by royal fans, where it quickly got thousands of likes.

The instructions are actually for drop scones – a thicker, fluffier version than the pancakes you flip in a pan.

The Queen first met Eisenhower in 1957, aged just 31-years-old when she visited the White House for a banquet. He then visited her in Balmoral three years later, with his wife Marnie.

In a letter, the Queen explains that she was reminded to send him her recipe after seeing his photo in a newspaper.

The recipe is typed out on paper headed with the word ‘menu’ at the top, but it includes her own hand-writing, where she writes at the bottom, ‘enough for 16 people’.

The letter read: ‘Seeing a picture of you in today’s newspaper standing in front of a barbecue grilling quail reminded me that I had never sent you the recipe of the drop scones which I promised you at Balmoral.

‘I now hasten to do so, and I do hope you will find them successful.’

She then detailed each ingredient needed to make her drop scones. She also advised: ‘When there are fewer, I generally put in less flour and milk but use other ingredients as stated.

‘I have also tried using golden syrup or treacle instead of only sugar, and that can be very good too.’

She also mentioned that the mixture needs a ‘great deal of beating’ before adding that it shouldn’t sit out for too long.

Head to Metro.co.uk’s Queen Elizabeth II tag page for the latest updates, and sign Metro.co.uk’s book of condolence to Her Majesty here.

Follow the Queen’s recipe to make your own royal-approved pancakes.