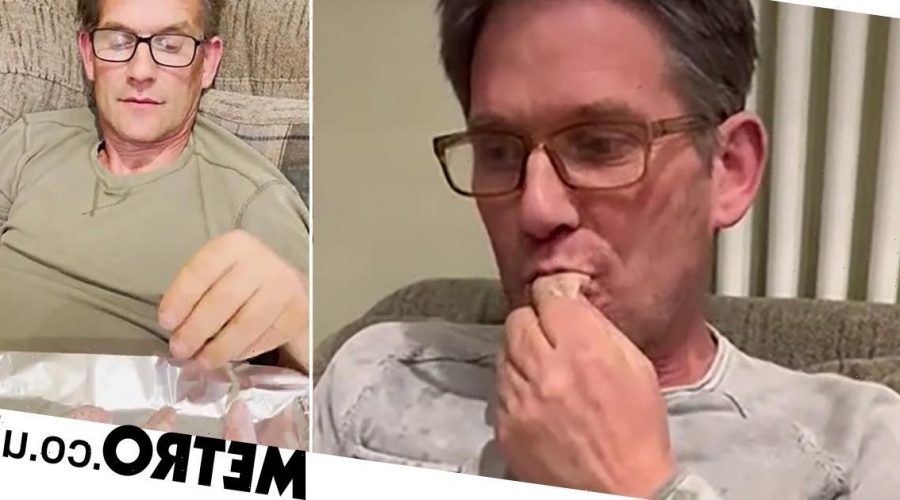 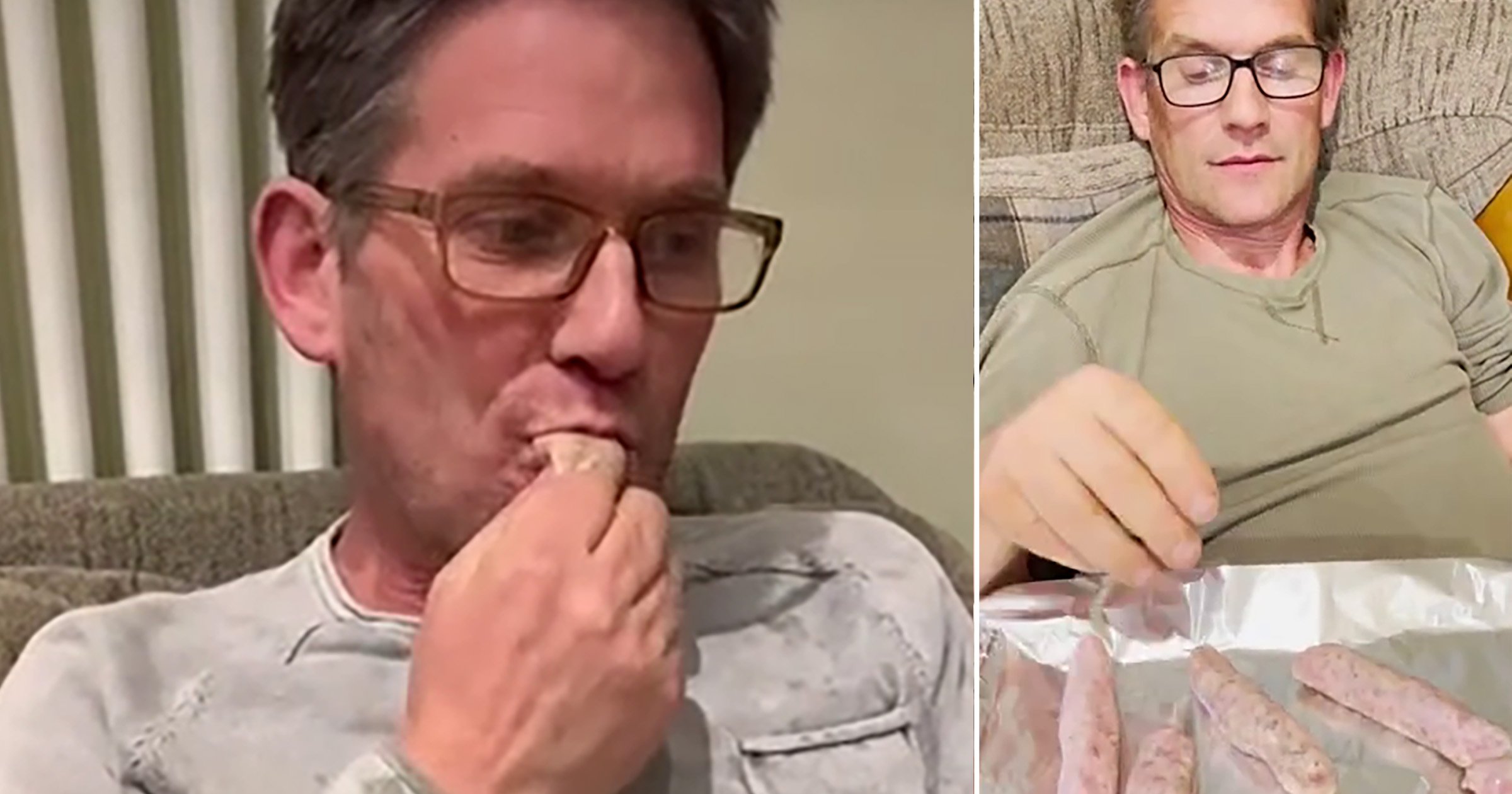 But would you ever consider eating a sausage raw?

An exasperated woman has revealed that her partner’s favourite snack is uncooked sausages. Yes, raw. Straight from the fridge. Apparently the dad of four has been eating them like this for 50 years.

Peter Richardson, from Boston, Lincolnshire, has been munching on raw bangers since the age of five, when local butchers used to give out free sausages to kids ‘to keep them quiet’.

Now 55, Peter, still enjoys nothing more than sucking the meat out while wrapping the skin around his finger before discarding it.

After his partner of eight years Katie Chalmers, 42, uploaded a video of his ‘disgusting’ snack to TikTok, people in the comments were worried that Peter would get food poisoning or worms.

‘It might be disgusting to some people but I enjoy it,’ says Peter.

‘I wouldn’t encourage people to go around eating raw sausages, but in 50 years I’ve never had any issues.

‘Even though she’s 86, my mum still does it now when she’s cooking. I’ve never had worms or anything like that.’

Peter says though that he does have his limits, and he only eats the best quality bangers without cooking them.

‘I would never eat a raw supermarket sausage,’ he says, ‘but it’s from our local butcher and they used to slaughter our animals so I know the supply chain is short.

‘I know there is a risk with eating raw pork, but people smoke and drink alcohol. I enjoy the taste so I calculate that risk and reward.

‘The old skins were natural skins and I used to eat them but I don’t like the synthetic ones as much because they’re more chewy.

‘During BBQ season I will eat loads of raw sausages while I’m cooking for other people. I couldn’t begin to put a number on how many I’ve eaten over the years.’

Partner Katie says she found the snack ‘disgusting’ when they first met, but is now used to Peter’s quirky palate.

‘He’s a handsome man so I can put up with this quirk,’ says Katie.

‘We know the butcher, we know their hygiene standards, everything. He’s been doing it since he was five or six, so around 50 years now.

‘When we first started seeing each other he wouldn’t eat salad. He’d even pick the lettuce and tomato out of a BLT. But raw sausage isn’t a problem for him.’

Katie has even tried the raw sausage for herself, because she felt it wouldn’t be fair to pressure him to try more foods if she hadn’t given his odd eating habit a go.

‘Psychologically it’s grim to me but taste wise it’s similar to pâté, which I like. I’m not prepared to take it up as a full-time snack.

‘I have to cook the two pounds of sausages on the day that I buy them. I can’t wait to cook them the next day otherwise he will have eaten them all raw. That used to happen all the time.’

The couple have a two-year-old son, Joseph, he’s not allowed to eat raw sausage but Katie has caught him helping himself to raw bacon out of the fridge.

Another wrote: ‘To say I gagged watching this would be an understatement.’

However others admitted to also being partial to the odd raw sausage.

‘I used to do that when I was young,’ admitted one.

Another said: ‘Oh thank god, I thought I was the only one.’

Get in touch by emailing MetroL[email protected]