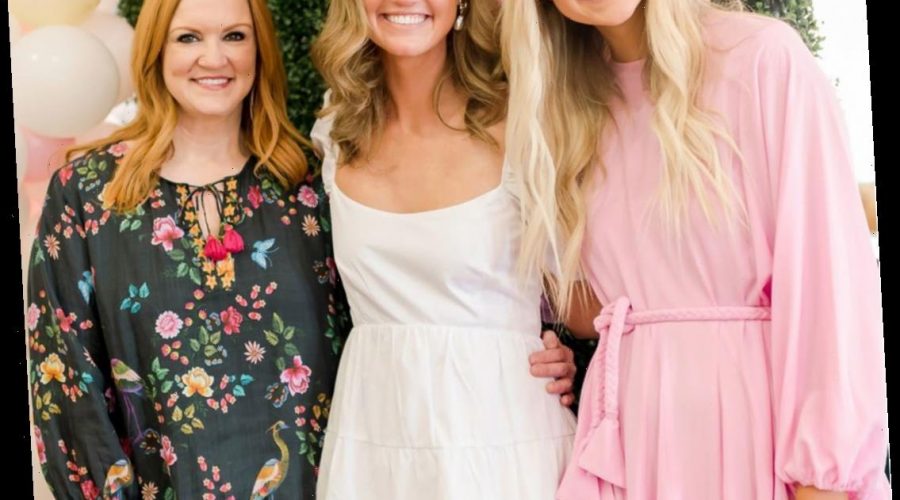 The countdown is on for Alex Drummond's big day!

Ree Drummond celebrated her oldest child's upcoming wedding to Mauricio Scott at a "sweet" bridal shower over the weekend of March 27, held at the Food Network star's Mercantile restaurant bakery in Pawhuska, Oklahoma.

In a post published Monday, Ree, 52, shared a smattering of photos taken by Ashley Alexander Photography at the event, which was decked out in shades of pink, gold and ivory.

The shower, Ree revealed, was hosted by her sister-in-law Missy and Missy's daughter Halle, "as well as my BFF Hyacinth and her daughter (and Alex's BFF) Meg, and our longtime family friend, Haley."

"Recent rains thwarted the shower being held outdoors at Missy and Tim's place, so they wound up pulling it off in the bakery at The Mercantile, which was lovely!" she wrote, joking in addition, "I didn't do a thing except show up ready to eat. (I'm good at that!)" "The Merc Bakery had never looked so dreamy! (We should have a mimosa bar all the time.)," Drummond joked alongside a snap of the drink setup.

The dessert centerpiece? A three-tier white cake from All Things Cake in Tulsa, decorated with pink and white flowers and gold leaf.

"I might have had a little piece," Ree admitted. "I have to be my authentic self!" Alex, 23, and Scott met during their freshman year of undergrad at Texas A&M University. They shared the news of their engagement in August.

And with less than a month to go until the wedding, Ree said in her Monday blog post that she has "narrowed my dress decision down to two choices, I'm exercising like a woman with a mission, I decided to wear my hair half up, half down (but I will probably change my mind four times on that front), and maybe I'm in denial, but I can really only describe my current wedding state as … excited!"

"I'm not really worried about anything, except my dress choices zipping — and, if they do zip, whether I'll be able to breathe if they do. But even then, I ain't that worried. That's why they invented duct tape, right?" she joked.

"Oh, and I guess I could be a little worried about Oklahoma weather since the wedding is outdoors," Ree added. "And maybe I could be a little concerned about the Drummond dogs and how to keep them from finding the reception food before it makes its way out to guests? They're good, man. They have sniffers."