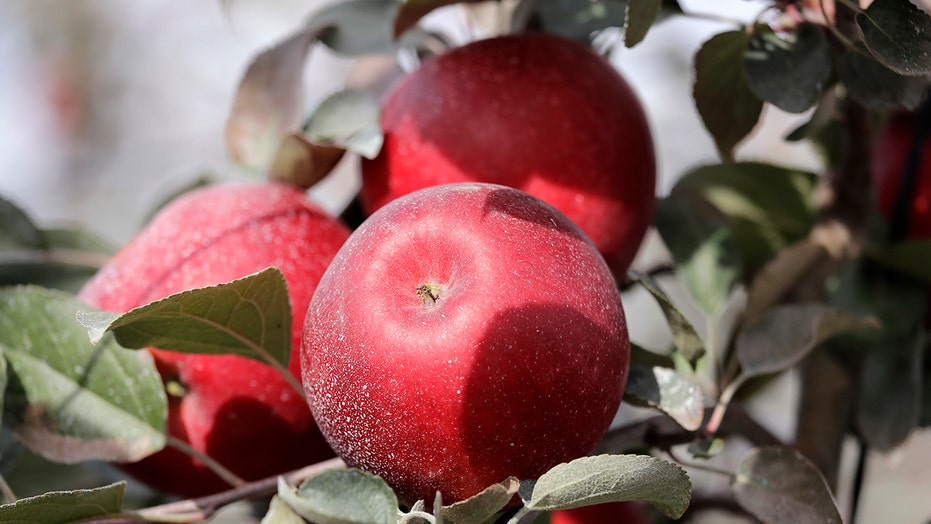 An apple a day… a year in the fridge, they may stay.

A new type of apple was launched Sunday that took more than two decades to develop and reportedly could keep for more than a year in storage, according to farmers.

The Cosmic Crisp — a super-sweet fruit named for the bright yellowish dots on its skin that look like cosmic stars – is expected to hit grocery stores in the U.S. this week. It was developed by Washington State University's (WSU) fruit tree breeding program. 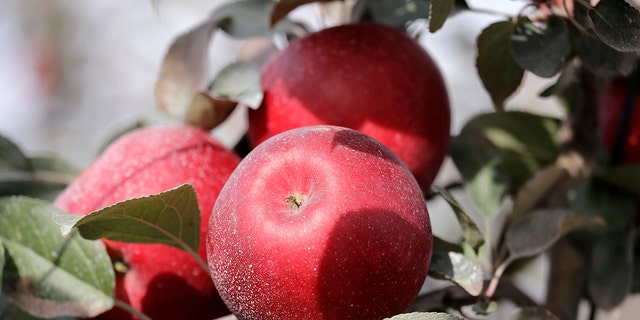 Cosmic Crisp apples, a new variety and the first-ever bred in Washington state, are ready to be picked. (AP Photo/Elaine Thompson)

"After decades of cross-pollinating, tasting and testing, along with research and development with Washington State University’s world-class tree fruit breeding program, the Cosmic Crisp® apple was discovered," according to the Cosmic Crisp website. "WSU researchers, including pome fruit breeder Kate Evans, have invented a new variety that will change the face of the industry and win enthusiasm among consumers with a combination of taste, texture and usability."

Evans says it was created with the idea of crossing two varieties of apples that have their own unique traits and might be paired well together. The process is called "cross-hybridization," which she told The Guardian is not the same as genetic modification.

The apples are a cross between the Enterprise and Honeycrisp apples, which she says gives them a higher shelf life, while still holding their naturally sweet flavor. Enterprise apples have a natural resistance to browning and disease, and the Honeycrisp is known for being sweet.

MCDONALDS EMPLOYEE TURNS 92, SAYS HE HAS NO PLANS TO RETIRE

The apple's launch has reportedly cost $10 million, and 450,000 40-pound boxes were expected to be shipped to retailers on Sunday, according to The Spokesman-Review.

The 600,000 Cosmic Crisp trees were sold to farmers in 2017 and 10 million new trees have been planted since, according to The Guardian. The trees take three years to produce a crop.

"It creates an interest in the apples and I think that will benefit all varieties and the apple growers as a whole," Scott McIlrath, who planted 5,000 Cosmic Crisp trees, told KIMA.

He said the economic effect the new apple might have on other farmers won't be felt for a couple of years.

Farmers in Washington — the largest state supplier of apples in the U.S. – are allowed to exclusively grow the fruit for the next decade.

Apples are the second-highest selling fruit in the U.S. following bananas.

12/01/2019 Food & Drink Comments Off on New 'Cosmic Crisp' apple variety lasts 'for more than a year,' farmers say
Recent Posts
We and our partners use cookies on this site to improve our service, perform analytics, personalize advertising, measure advertising performance, and remember website preferences.Ok