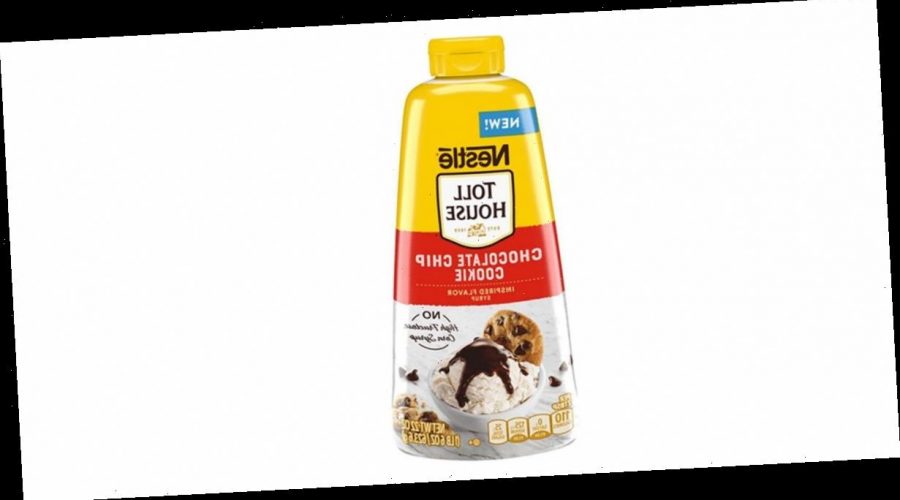 Imagine adding the sweet flavors of chocolate chip cookies to any ice cream…in syrup form. Well, that dream is now a reality thanks to Nestle Toll House.

The company just released a line of chocolate sweet syrups that were inspired by its signature cookie dough, meant to elevate any ice cream sundae. The toppings come in two flavors: Chocolate Chip Cookie and Pecan Turtle Delight Cookie.

Both syrups are very chocolate-forward, but the chocolate chip cookie flavor features the essence of buttery cookies while the pecan turtle delight flavor has notes of caramel and toasted nuts.

Junk food Instagram @candyhunting first spotted the syrups earlier this week at HyVee, and a representative for Nestle Toll House confirmed to PEOPLE that both toppings are rolling out nationally this month and will be available at a variety of supermarkets across the U.S.

A Friends-Themed Ice Cream From Serendipity Is Now Available — and Yes, It's Coffee Flavored!

2021 is the perfect year to test out these syrups with countless new ice cream flavors already hitting shelves — including a Friends-themed pint.

Serendipity Brands announced its latest flavor that was inspired by the iconic 90s sitcom Friends earlier this month. Central Perk Almond Fudge, which is available now, is a permanent addition to Serendipity's ice cream lineup. The decadent flavor is of course named after the show's iconic coffee shop, and is made up of mocha almond fudge flavored ice cream that is packed with rich chocolate-covered almonds and creamy fudge swirls.

Along with the Friends flavor, Serendipity partnered with Warner Bros. Consumer Products to bring three other television-inspired pints to life: The Goonies Sloth & Chunk Rocky Rooooaad, Caddyshack Gopher Tracks, and A Christmas Story Oh Fudge! Peppermint Cookie Fudge Sundae. The Goonies pint is also available now, while the other two will be released later this year.