A Milwaukee man who hit a bartender with his car because he wasn’t allowed to bring his dog inside a bar last year is headed to jail.

Keaton had been disruptive inside the Fin n’ Feather Tavern, a Greenfield, Wis., bar, before he tried to bring his dog inside on March 14, 2019, police previously said. 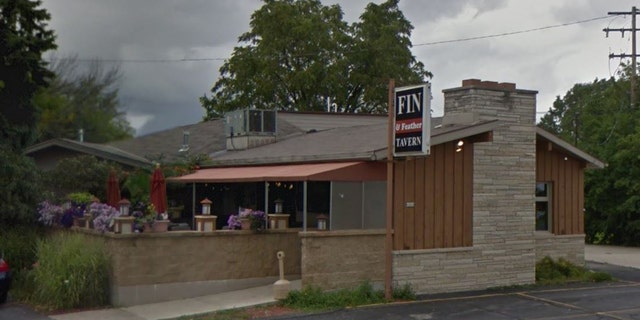 According to police, Keaton had been disruptive inside the Fin n’ Feather before he tried to bring his dog inside (Google Maps)

After the bartender told Keaton the dog wasn’t allowed inside the bar, police said Keaton went back outside.

The bartender, thinking Keaton had damaged his car, went outside to check on it. Then Keaton accelerated his car and hit the bartender before driving away, according to police.

Keaton pleaded guilty to felony hit-and-run causing injury earlier this year, the Journal Sentinel reported. Sentencing was delayed due to the coronavirus pandemic, but he had faced as long as nine months behind bars plus $10,000 in fines.

To avoid the longer sentence, Keaton will have to maintain sobriety and employment, according to the report. He’ll also have to pay a $500 fine, $500 in restitution and complete both an anger management class and 100 hours of community service.

08/21/2020 Food & Drink Comments Off on Milwaukee man gets jail time for hitting bartender with his car as revenge for not allowing dogs
Recent Posts
We and our partners use cookies on this site to improve our service, perform analytics, personalize advertising, measure advertising performance, and remember website preferences.Ok