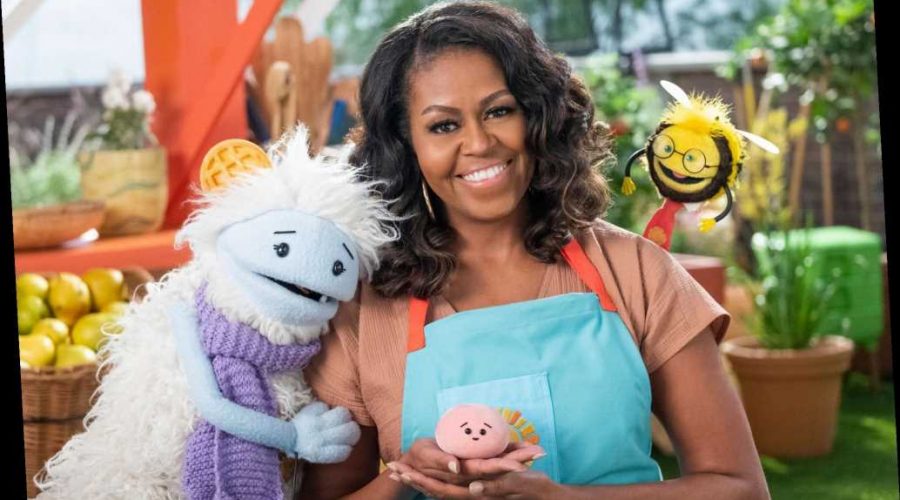 Michelle Obama is heading to the supermarket in her latest Netflix project.

The former first lady, 57, announced Tuesday she is teaming up with the streaming service on a new children's cooking show titled Waffles + Mochi. Mrs. Obama will both star in and executive produce the show, which premieres on March 16.

According to Netflix, the series will follow two puppets named Waffles and Mochi who "blast off on global ingredient missions, traveling to kitchens, restaurants, farms and homes all over the world, cooking up recipes with everyday ingredients alongside renowned chefs, home cooks, kids and celebrities."

Mrs. Obama will play a supermarket owner who helps the pair on their journey, the streaming service said. Announcing the new series on social media, Mrs. Obama wrote, "I'm excited for families and children everywhere to join us on our adventures as we discover, cook, and eat delicious food from all over the world."

In a second tweet, she wrote, "I'm also excited to work with @PHAnews to help kids build healthy habits and help families in need cook with fresh igenriedents together at home. I hope you'll join us by watching on March 16! #WafflesandMochi." Since leaving the White House in 2017, the Obamas have eschewed national politics in favor of social causes and their personal memoirs and projects.

The couple inked a deal with Netflix in 2018 to produce television shows and films for the streaming service. In May 2020, Becoming, a documentary about Mrs. Obama's post-White House life and work, premeired on Netflix. The film, named after her smash hit 2018 memoir, followed the author on her her 34-city book tour and featured footage from her travels and her work during her tenure as the first lady.

The Obamas' production company's first feature release, American Factory, debuted on Netflix in 2019 and went on to win the Academy Award for Best Documentary Feature.