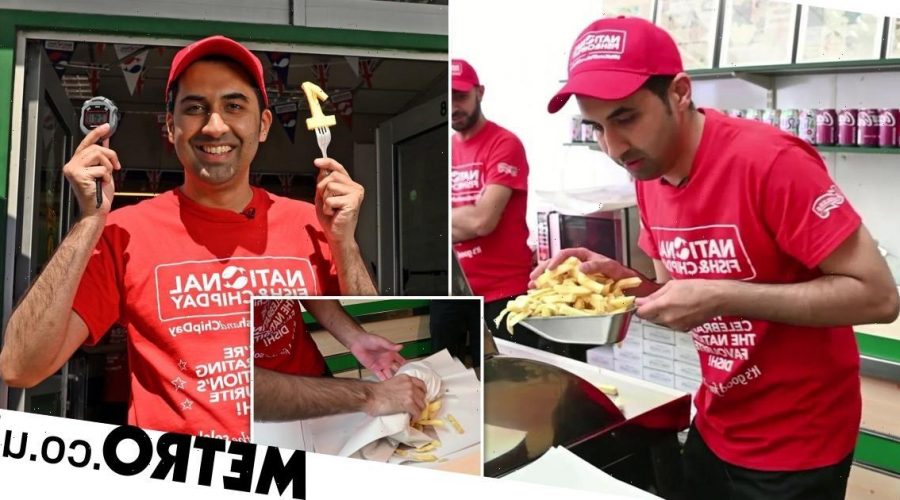 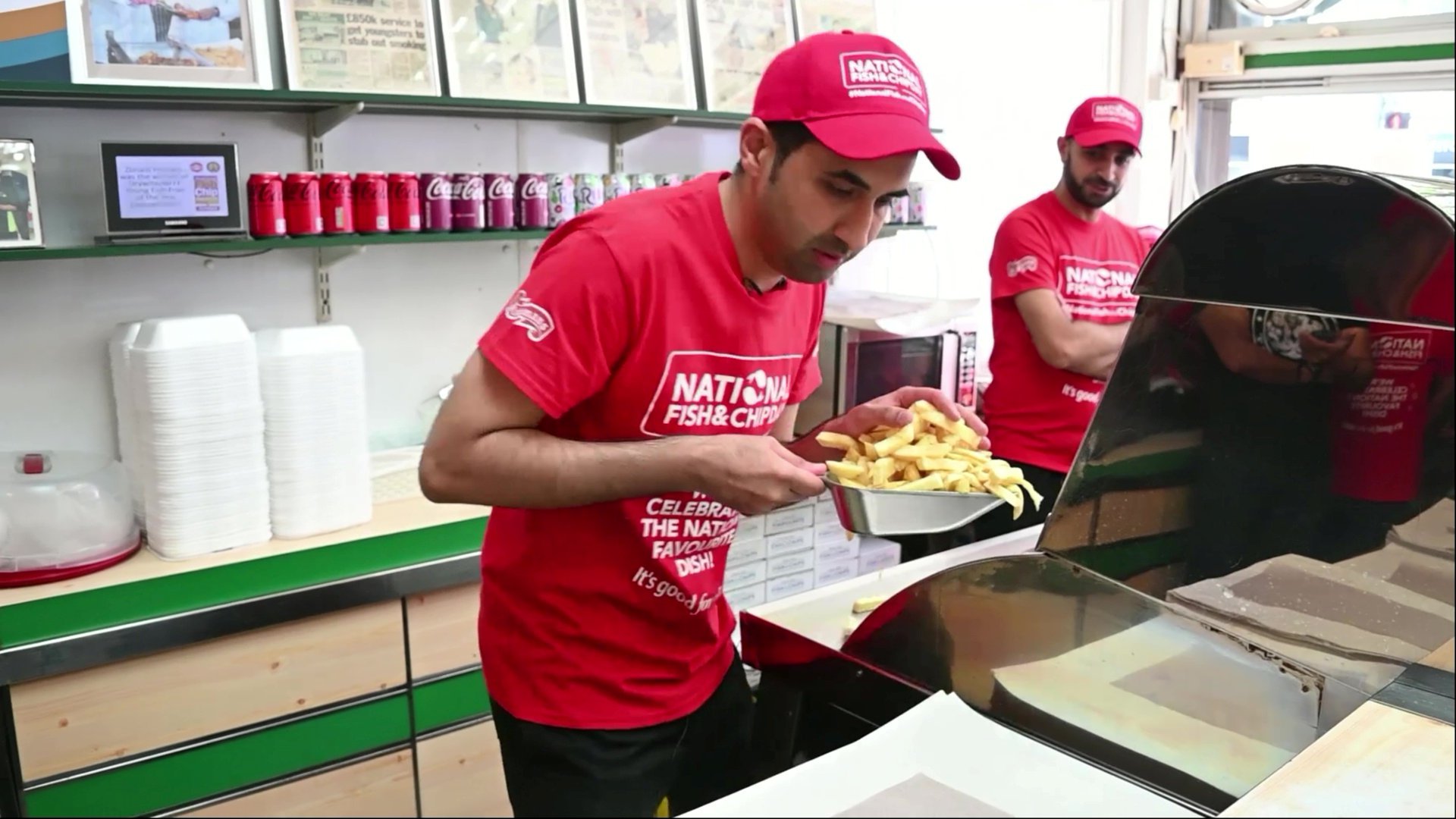 A man claims to have broken the world record – for wrapping five portions of chips in the fastest time.

Zohaib Hussain, 35, completed the task in 40.13 seconds at his parents’ chippy in the Canton area of Cardiff this Friday.

The previous record of 44.43 seconds was set by Stephanie Celik, then 37, in 2018 – seemingly giving Zohaib the title.

Guinness World Records is yet to confirm – although Zohaib said he is still ‘over the moon’ with his effort.

Video shows the speedy server scooping out five portions at Zero Plus Fish Bar, before adding salt and vinegar to each.

He then wraps all five in quick succession, before a stopwatch is shown to the camera – showing 40.13 seconds.

Zohaib said: ‘I’ve been wrapping chips since I started working in the shop nearly 20 years ago.

‘Our fish and chips are served in boxes so we’re not wrapping every order.

‘But, as I work in the shop everyday, I’ve accumulated enough experience to be a fast wrapper – when it’s busy in the shop, you don’t have a choice but to be fast.’

During practice, he managed to wrap and season a bag of chips in eight-and-a-half seconds, beating his personal best for the official record attempt.

Zohaib’s parents, who are now retired, bought the shop in 1991.

He says he has been wrapping chips ‘every day’ since the age of 15 – and has gotten pretty good at it, even meeting Prince Charles as part of his work for the National Federation of Fish Friers in Wales.

Zohaib says he eats fish and chips ‘at least once a week’ – and describes the national dish as a ‘great nutritious meal that for me defines comfort food’.

The chip shop manager and property developer said: ‘Back in 2012, I had a meeting with HRH Prince Charles along with the National Federation of Fish Friers.

‘We discussed sustainability issues that our industry faced and measures that we could put in place that would ensure fish stocks around the world would remain healthy and allow the future generations to enjoy our national dish.

‘Prince Charles spoke about how he had fond memories of eating fish and chips on the beach in his younger days.

‘We had so much fun cooking together and [Charles] was very interested in the ingredients that we were cooking with – it was one of the best days of my life!’

Zohaib hopes to continue serving his community of the ‘highest quality fish and chips’ and hopes he can one day win the national gong for Fish and Chip Shop of the Year – what he deems the ‘crowning title’ in his industry.

Guinness World Records has been contacted for comment over Zohaib’s effort.