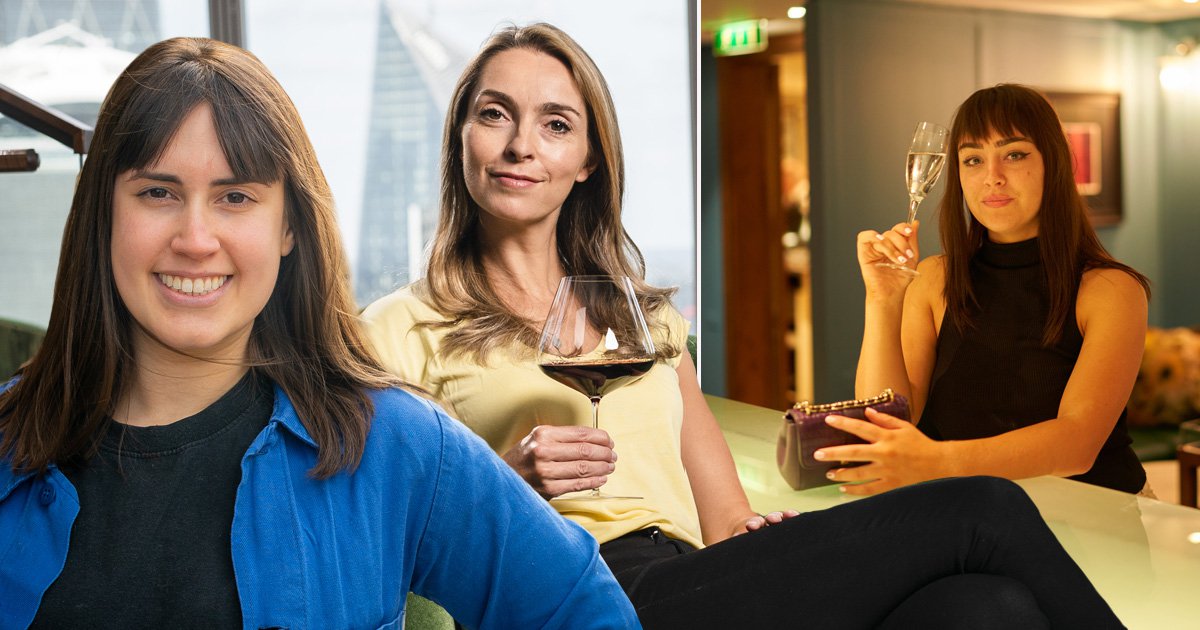 The moment she felt the man’s arm snaking around her waist, Helena knew her career was in trouble.

Helena Nicklin, a wine expert who’s been in the trade for 17 years, says she lost a job in 2019 after rejecting sexual advances from a work contact.

A wine brand approached her to be their ambassador – it was the opportunity she’d been hoping for.

Then, at an awards ceremony soon after, a man from that company began to touch her waist, shoulders, and hair, and edge towards kissing her neck. ‘Brushing him off’ had no effect. Only when his assistant stepped in did he stop.

As soon as she rejected him, Helena knew the opportunity was no longer hers.

‘At the time I brushed it off because I was so used to it,’ she says, but a few days later, after speaking with her husband, she became angry and emailed the company to address the situation.

‘I’ve never wanted to rock the boat in the past, I’ve always been a very “good girl” and I was brought up to respect men a little too much, perhaps,’ she tells Metro.co.uk, ‘so I didn’t want to cause ripples anywhere by confronting them, but as the days went on I realised I had a duty to do that.’

Dominated by men and a steep sense of tradition, the drinks industry can be a difficult place to thrive as a woman.

Metro.co.uk spoke to three women about their experiences of working in the drinks world, and while all of them are happy to go on the record, none want to disclose who these experiences happened with.

This isn’t to protect those people, but out of a deep fear of the impact coming forward could have on these women’s careers.

As one of woman tells us, there’s the concern of becoming ‘branded’ for speaking out.

While they’ve all had positive experiences with men in the trade during their careers, there’s an abundance of instances that make it clear that attitudes within the business need an overhaul.

‘I want to be there to support women, especially younger women coming into the wine trade,’ Helena says, adding that she couldn’t let that instance of losing work go unnoticed, because there were no female role models when she started out and it’s important for her to change this.

When Helena reported the incident to the company, it was a scary email to write.

‘I knew I’d lost that work anyway,’ she remembers.

She felt empowered, but undeniably sad at this ‘low point’ in her career – a low point she didn’t even cause.

‘My experience of men who’ve been rebuffed is they spread nasty things about you,’ she adds. ‘That was a risk I had to take in sending that email.’

The response to her email was ‘just a very embarrassed and gushing apology from the person who did it’, says Helena.

Helena used to be an actress and encountered similar situations in that domain, so she left the business and established herself as a freelancer wine consultant, presenter and drinks influencer.

She’s now well versed in the drinks world, and reflecting on her past and present career, tells us: ‘it turns out you can’t get away from it anywhere’.

In October 2020, she was proved right again.

A male wine professional that Helena refused to name, but a quick Twitter search reveals to be Joe Fattorini, started calling himself the ‘wine bitch’.

Sending out a series of passages as ‘wine bitch’, Helena says these messages were designed to ‘take people down’ and were sent only to his friends.

Then there was a leak. The whole industry began talking and tweeting about it (simply search #WineBitch), describing the texts as ‘repugnant’ and ‘reprehensible’, particularly for their ‘sexism’.

While he came for both men and women in these WhatsApp messages, Helena believes this man ‘particularly attacked women that were looking like they were successful, particularly on Instagram’ – and she herself was one of these targets.

They were ‘misogynistic in the extreme’, she says, and some of the women written about actually left the business off the back of #WineBitch.

‘I thought he was a friend of mine, he’d been round for dinner,’ Helena adds.

The scandal remained largely contained within the wine industry, and many people involved refused to comment on it at the time, Helena believes, because of the TV presenter’s ‘status’.

On October 23, Joe Fattorini posted a blog post to his website titled ‘I am sorry’, addressing the claims.

It is an open secret in the wine world that multiple people received cease and desist requests after writing about the ‘wine bitch’ situation.

Helena argues this whole episode speaks to a wider issue where the drinks industry lacks a system or charity to offer support in legal battles.

While Emily Lambert, another drinks expert, is keen to stress that she’s had many enjoyable working experiences with male colleagues, she has also been a witness to instances of blatant and illegal sexism.

Speaking about a previous job in the drinks industry, she tells us: ‘In a certain department they would throw away women’s CVs because they didn’t want women to be in that department.

‘I had some male friends in that department and they would say “I tried to give this CV but they’ve said they don’t want women”, because they wanted to keep it traditional.’

‘Tradition’ is entrenched in the way parts of the drinks trade operate.

This filters down to small things, such as when Emily would be told by multiple people that she shouldn’t – or couldn’t – do manual parts of the job, such as carrying heavy items.

Sexism in the drinks industry doesn’t just come from colleagues – women experience this from customers, too.

‘There’s a certain look that only women will understand,’ says Emily. ‘Those looks that would make you feel so uncomfortable.

‘This is your place of work, but you almost feel uncomfortable bringing it up to a manager because they are male and they probably don’t understand.’

There’s an unspoken culture, Emily feels, to just ‘get on with it’ because you ‘don’t want to upset’ clientele and guests.

Admitting there are other experiences she feels unable to share, she adds: ‘Women have worked so hard to get where they’ve got in the industry and for that reason, to speak out or name names, it jeopardises everything they’ve worked really hard for.

‘If you speak out you’re putting a stamp on yourself.’

Caroline Palma de Azevedo, who now heads up UK drinks company Home Tipple with two men, used to be a sommelier in France and says she experienced sexism throughout her career.

She says: ‘There is an older generation in this industry that is very male dominated. They seem to sometimes dismiss a woman that has a lot of knowledge or are not taken as seriously.’

Like Emily, she’s experienced this from clients, too, who have asked to speak to ‘the man’ about drinks, rather than her, a qualified woman.

‘I cannot count how many times that happened,’ she says.

Appealing to male customers also informed the hiring process. When waitress vacancies opened at a former workplace in France, Caroline witnessed looks being taken into consideration, rather than just the women’s experience and skills.

‘They would see if the girl was pretty or not – probably 50% of the CV or what they were looking for was “Does she look good?” and it was openly talked about, like “Oh we can’t have this girl, she’s not pretty”.’

Caroline says she has also been paid less for holding the same job title as male colleagues and has experienced false gestures of equality, which she compares to companies that ‘put a little recycled paper on your label just to put a premium price on your wine’.

‘This could equate to restaurants or companies that put female presence on their team at the forefront because it looks good for their customers, but many times the female employees are paid less for doing the same job and having the same workload as their male colleagues,’ she explains.

Since moving out of hospitality to work in a startup, Caroline says she’s felt more ’empowered’ and counts herself lucky when she hears stories from female drinks industry friends.

Ultimately, women in the industry bear the mental load of these oh-so-common experiences of sexism.

‘Some days it makes you really humiliated, like I study so much, like it’s not my first language – I speak French, I speak English – I try so hard to be here and this person doesn’t even know and is discarding me,’ Caroline says.

‘It can make you feel really low.’

When we contacted official drinks unions and charities to comment on the issue of sexism in the industry, all were reluctant or didn’t feel able to comment due to a lack of research.

If the bodies who have the authority to freely lead a conversation on sexism in the drinks world are hesitant, who will take on that task to drive change?

As has happened in the past, it falls to the women themselves.

Joe Fattorini was contacted for comment but did not respond. We will update this article if a statement is received.