Sure, summer isn’t even close to being over yet — but it’s never too early to start prepping for the spooky season. If you’re someone who’s ready for candy bowls, leather jackets, and warm flannels, I have great news for you. A glimpse of Hershey’s Halloween 2019 candy collection has been revealed, and it’ll have you counting down the days until Oct. 31. The collection features a handful of new chocolate products that’ll make you so happy, it’s scary.

Hershey announced the new additions to its Halloween candy line via email on Tuesday, July 23 (which, yes, is a midsummer day). However, its upcoming selections are giving me total autumn vibes, and I’m just about ready to trade my bathing suit in for a flannel. One you learn more about the newest candy additions, you’ll be ready for the Halloween, too.

I’ll start with Kit Kats, because those are some of my favorite chocolates to snack on during autumn (and, like, every other season). According to an email from Hershey to Elite Daily, the company will release limited-edition pumpkin pie-favored Kit Kats just in time for Halloween festivities to begin. Apparently, the orange-hued chocolates will feature the OG Kit Kat wafers and pumpkin pie-flavored cream. If you’re hoping to give ’em a try, you’ll be able to buy them nationwide for a limited time starting "next month," aka August 2019. 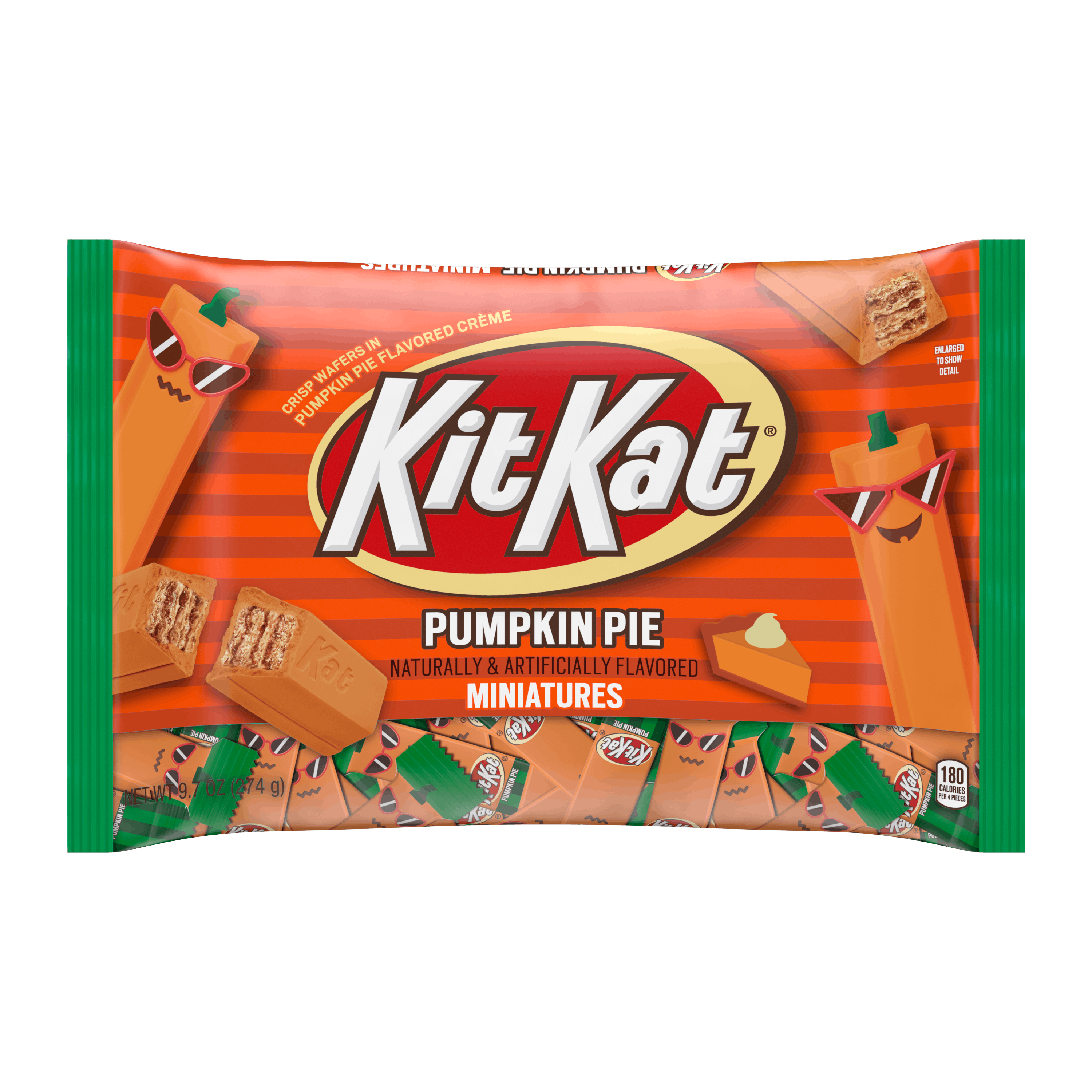 Another new Halloween-themed candy that you’ll be able to stock up on in August is the new "Reese’s Stuffed with Pieces Pumpkin." This selection takes the original Reese’s Peanut Butter Pumpkin to the next level, because it’s literally stuffed with Reese’s Pieces. According to Hershey, you’ll be able to grab a bag of these spooky treats nationwide for a limited time, too.

Side note: Aren’t these cute?! 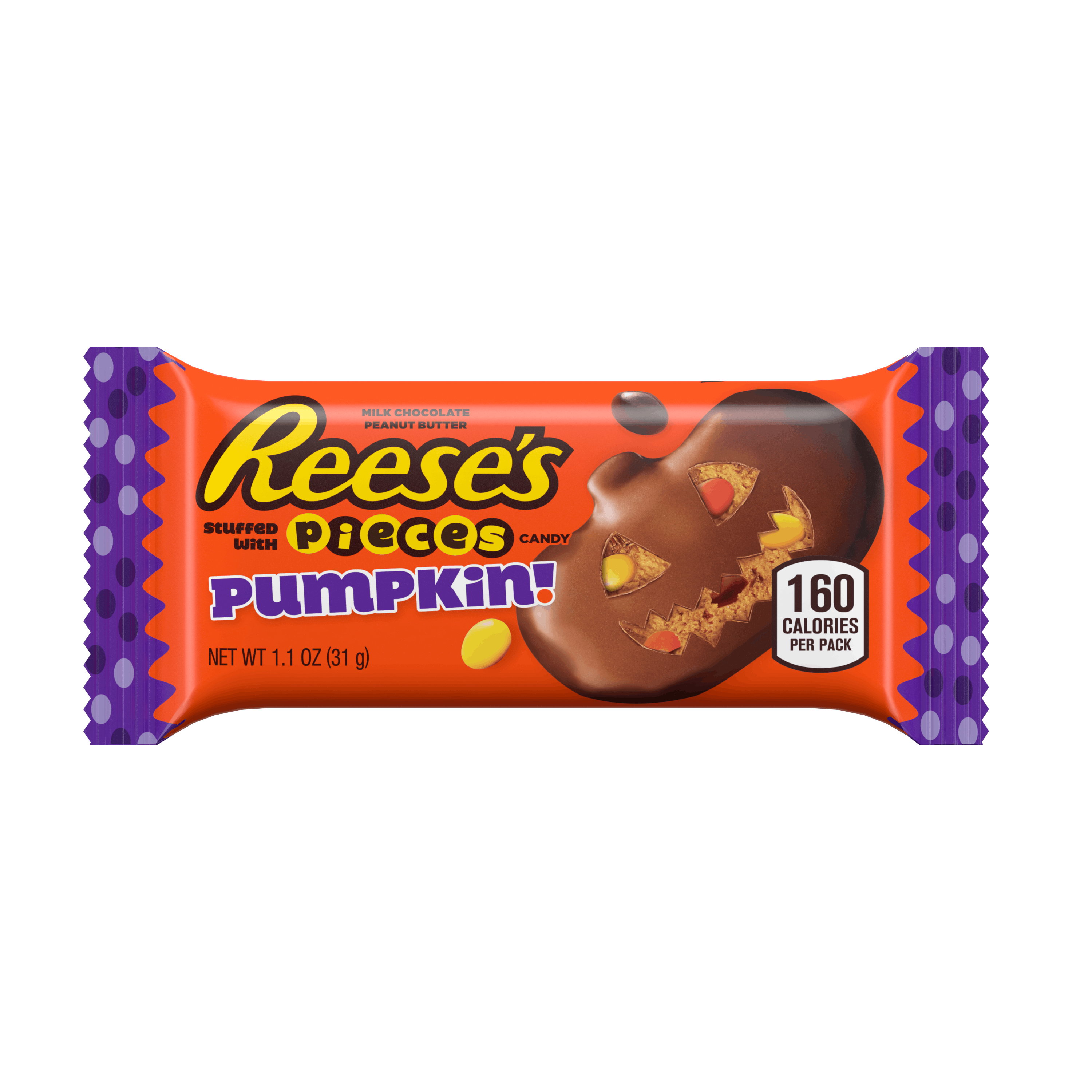 Anyway, Hershey also announced a package of spooky treats that’ll be available for the Halloween season, and it’s perfect for midnight snacking. I’m talking about the "Glow-in-the-Dark Snack Size Assortment Pack," which features chocolates encased in glow-in-the-dark wrappers (so, no, the chocolate itself doesn’t glow). According to the company, you’ll be able to buy a 90-pack of candies that include Kit Kats, Hershey’s, and Reese’s.

TBH, this package is perfect for trick-or-treaters (or anyone who wants to snack on tons of chocolate throughout the Halloween season). Apparently, you’ll also be able to buy the Glow-in-the-Dark packages that only contain one type of chocolate each. One packages only includes Reese’s, another includes Hershey’s, and the other one includes Kit Kats. With that being said, you can choose your fave selection and snack accordingly (or just buy the variety pack). Like the other candies, these glowing options will also become available in August for a limited time.

One more new product that Hershey will be releasing in time for the Halloween season is a "Halloween Assortment Skull Bowl," which is a skull-shaped container that’s filled with mini Hershey’s and Reese’s candies.

Again, these products haven’t hit the shelves yet, but they’ll be available nationwide for a limited time come August 2019. This is just a sneak peek of what’s coming in the realm of treats — so get your candy bowls (and costumes) ready for Halloween.