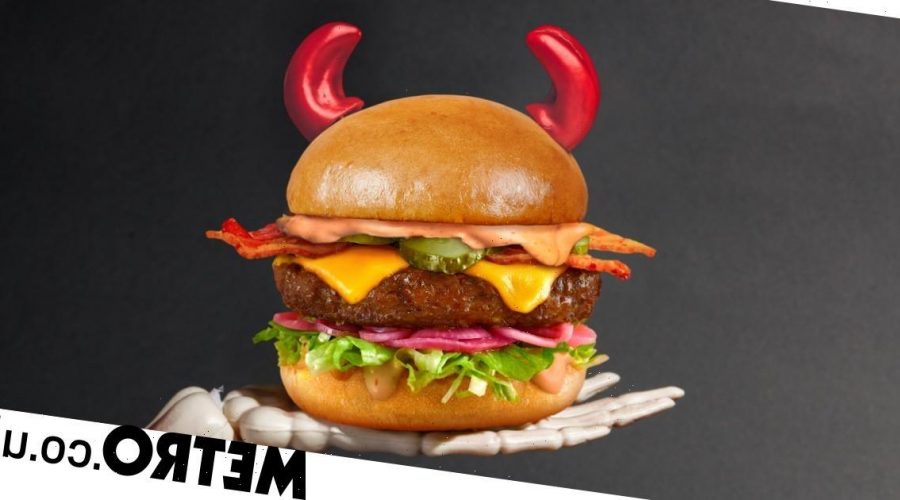 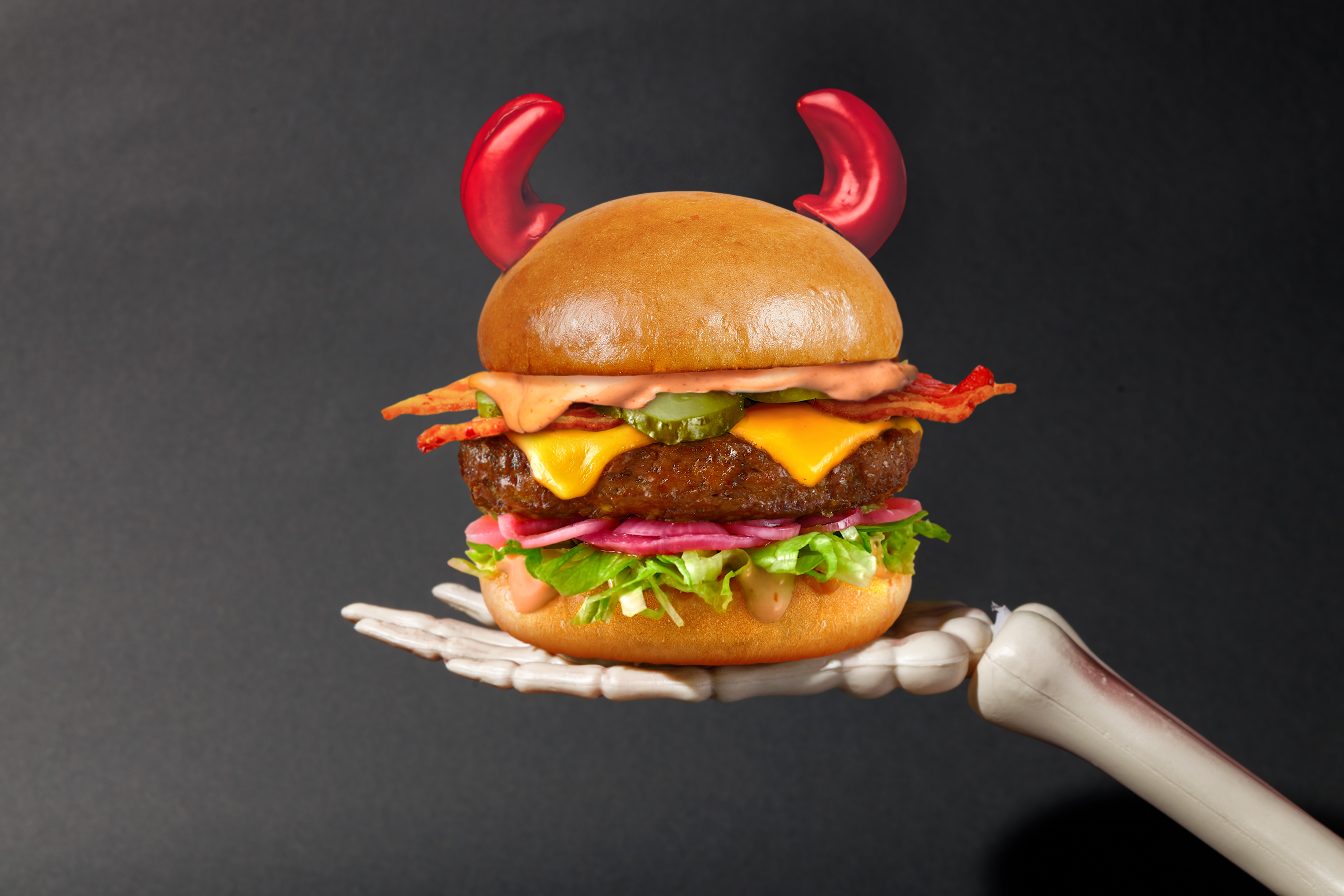 This article contains affiliate links. We will earn a small commission on purchases made through one of these links but this never influences our experts’ opinions. Products are tested and reviewed independently of commercial initiatives.

Whether it’s blood-red cocktails, deadly doughnuts or hellfire-themed burgers that get your spook on, try some of these suggestions for a screamingly good Halloween.

Renamed the Hellfire, the Aberdeen Angus burger has been given a devilish makeover this spook season. It’s still topped with crispy bacon, oozy American cheese and zingy pickled red onions, but has been heated up with ‘hellfire’ spicy sriracha mayo and a Korean-style hot sauce. Try it – if you dare. Available until Tuesday in all its UK restaurants and via delivery.

Say cheers to the spookiest season with Adnams favourite, Ghost Ship citrus pale ale. This well-rounded beer with biscuit flavours and zingy citrus aromas is the perfect tipple to keep spirits high during the autumn festivities.

Six-course menu at Six By Nico

Creepy cocktails at Between The Bridges

London’s South Bank venue Between The Bridges is serving up a range of killer cocktails, available until Sunday. Try the Dracula, made with Smirnoff No 21 vodka, lime and pomegranate juice; the devilish-sounding Reanimator, with Tanqueray gin, Cointreau, lemon juice and a dash of absinthe; or the Zesty Witch (pictured), with Baileys Original, Triple Sec, milk and a choccy orange slice.

Buy at Between The Bridges.

Manchester’s popular entertainment hub Ducie Street Warehouse has plenty of thrills lined up for visitors this weekend. Friday sees DJ Scott Mills headlining a fabulous Halloween party, supported by Manchester DJ legends Mix-Stress, Jenna G and Zeyla, while on Saturday, the restaurant will host a special event. The Dead Drag Disco Brunch, from 11am until 4pm, will have Danielle Moore heading up the decks, accompanied by the finest drag performances from the likes of Liquorice Black, Anna Phylactic, Chastity Stone and more.

Doughnut Time’s new range of Halloween-themed treats is perfect for enjoying while out at a party or watching a scary movie. The Trick or Treat 2-Pack (from £9.90) contains two identical-looking doughnuts, but one contains a spicy chilli surprise; while the Don’t Do Jack DIY Kit (from £18.95) is a perfect alternative to pumpkin carving, with glazes, sprinkles and pick’n’mix. Available vegan and gluten-free, other options include the Ellie Ghoulding, with a black, green and purple glaze, or the Black Widough, with sour cherry jam and a chocolate spider.

Scary slushie Double Standard, the buzzing bar at the hip Standard Hotel in King’s Cross, London, is launching an eerily delicious seasonal slushie. The blood-red Cherry Killer is made with black cherries, Eminente almond-infused rum and jasmine, and will be available until Tuesday.

Buy for £13 at the Standard Hotel.