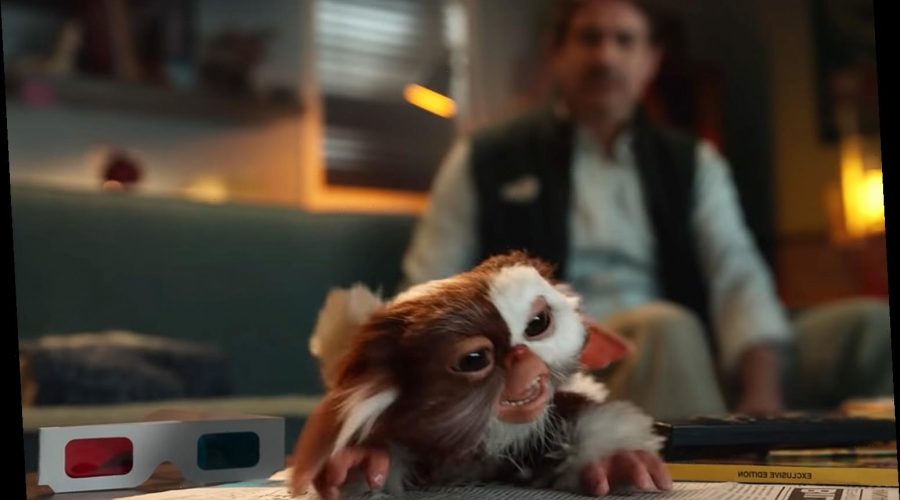 How do mogwais react to Mountain Dew?

A new ad for Mountain Dew Zero Sugar finds original Gremlins star Zach Galligan on the couch next to his furry mogwai companion Gizmo as he offers the creature a sip of the soda. Howie Mandel, who voiced Gizmo in the 1984 film, returns to give life to the critter in the ad.

"It is tasty. And just as good as the original without any sugar," Galligan, now 57, says in the commercial, handing Gizmo the bottle. "Be careful."

Gizmo then adorably chugs the drink, promptly going berzerk. The tiny creature starts shooting hairballs out of his backside while repeatedly shouting "Tasty!"

"Gizmo's all grown up. But that doesn't mean he can resist a tiiiiiny sip of MTN DEW ZERO SUGAR (and neither should you)," a tagline for the nostalgic 30-second ad reads. Want to get the biggest stories from PEOPLE every weekday? Subscribe to our new podcast, PEOPLE Every Day, to get the essential celebrity, entertainment and human interest news stories Monday through Friday.

In the 1984 film Gremlins, Galligan played Billy, who gets a peculiar new pet and soon breaks the three essential rules in caring for the critter — no sunlight, no contact with water, and no feeding after midnight. Galligan also starred in the 1990 sequel, Gremlins 2: The New Batch.

Speaking with Entertainment Weekly this week, Galligan said filming the new commercial was an "emotional experience."

"There was a time when we were shooting the commercial, and we had a little bit of a break, and the puppeteer is next to me and he's manipulating Gizmo's arms. I leaned over to Gizmo and I was like, 'How are you doing, buddy? It's good to see you.' It was so realistic that, after hours of working with it, it has its own reality," he said. "I did get a little choked up, not so much about reuniting with the puppet, but more that it sends you rocketing back 37 years in a way that almost nothing else does."