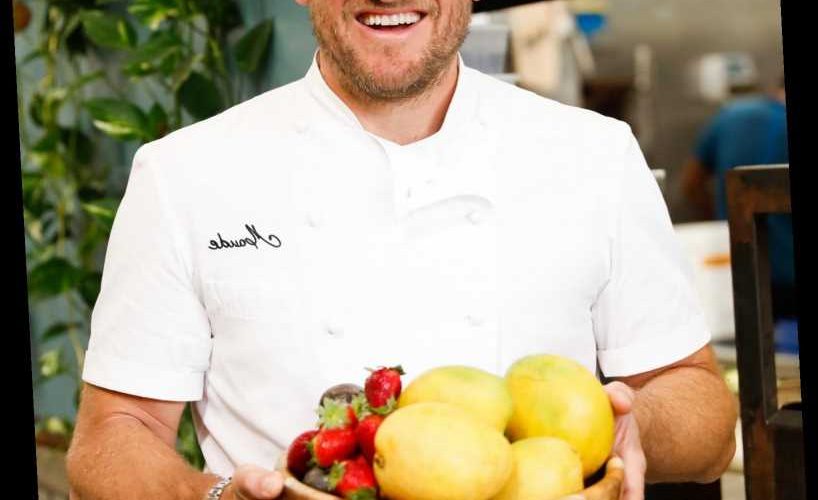 After an unprecedented year, Curtis Stone is itching to get back to his travel-packed lifestyle.

The Australian celebrity chef — who owns L.A. restaurants Maude and Gwen — was used to spending much of his time on planes and abroad for his TV shows before the world shut down due to the pandemic.

"I miss travel so much. You don't realize how much you're going to miss something until it's too late. For the last 12 months, I've been on a plane once — and I'm normally on one every couple of weeks," says Curtis, 45. "Down in Australia, we just can't wait to open our borders and welcome everyone with open arms again."

In the meantime, the Melbourne native — who held a cooking class with Tourism Australia earlier this week — is eager to bring Australia's "melting pot" of cultures and customs to fans' tables despite their inability to jet Down Under.

Inspired by the pasture-raised, grass-fed and wagyu beef that Melbourne is famous for, the star whipped up a beef shin pie recipe during the event.

"In Australia, we eat pies when we're having a game of golf or catching up with a buddy in a cafe," he says about the dish's versatility. "I've actually just opened a pie shop here in Los Angeles called The Pie Room by Gwen, and one thing we do that's a little different than most is we use the fat from the animals because it has so much flavor."

Ahead of the event, Curtis opened up the latest season of his Peacock show, Field Trip with Curtis Stone, which was shot before travel restrictions were put in place.

"We shot two seasons pre-pandemic, thank goodness. We got to go to amazing spots, one of [which] was Australia. We went to New South Wales, Western Australia and also Victoria," he says. "There's all the natural beauty and the people are so awesome. It's quite welcoming and inclusive."

Like many other restaurant owners, Curtis has had to get creative and pivot in his business models over the last year.

"We've had to humble ourselves as a business. We're a bunch of fine-dining chefs that stand around with tweezers in our hand normally, and this year we've been making chicken pot pie and chili and all sorts of stuff just to fill that need for people where they still want something delicious at home," he says. "I never would have guessed my next car would be a refrigerated van! We've started a pie shop. We've come together and taken care of each other as best as we possibly can, and I'm really proud of that." One plus side to being stuck at home? More quality time with his wife Lindsay Price and their kids, Emerson, 6, and Hudson, 9.

"They love it! I'm not sure if my wife loves it as much as my kids do, but that's all right," he jokes. "She sends me off to work sometimes and that's cool. The kids love me being home, and it's really fun."

03/11/2021 Food & Drink Comments Off on Curtis Stone on Pivoting amid the Pandemic — and Getting More Time at Home: 'The Kids Love It!'
Recent Posts