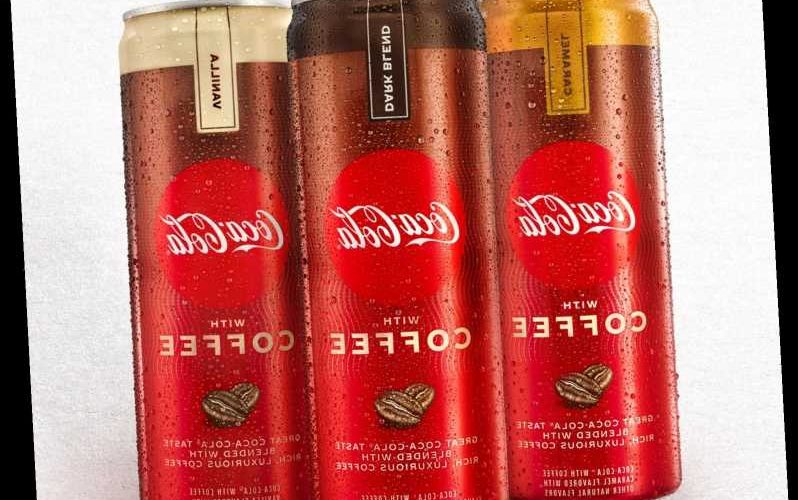 Can't decide whether to crack open a can of Coke or brew a cup of coffee? Now you don't have to choose.

Coca-Cola's latest offering — Coca-Cola with Coffee — hit stores in the U.S. starting on Monday, Jan. 25. Each 12-oz. can is infused with Brazilian coffee and packs 69 mg of caffeine (nearly double the amount in a typical can of Coke.) The new beverage claims to have the same taste of a classic Coke but with a hint of coffee flavor in three varieties — dark blend, vanilla, and caramel.

The soda giant also simultaneously released Coca-Cola with Coffee Zero Sugar on Monday as well. It is available in two flavors: dark blend and vanilla.

This isn't Coca-Cola's first coffee-infused beverage. Last year they launched a soda-coffee hybrid in 25 countries with major success. But they kept eager U.S. fans waiting to taste test the new beverage since they announced it in July. Only members of Coca-Cola's Insider Club received a special taste before it hit the market.

Pepsi Debuts a Coffee-Infused Soda with Nearly Double the Caffeine Pumped about Coca-Cola with Coffee? You can try some other crazy coffee-infused foods — like cereal. Dunkin' recently partnered with Post to turn two of their most popular drinks into cereal. Coming in two flavors – Caramel Macchiato and Mocha Latte — each box of sweet puffs contains a small amount of caffeine to jumpstart your morning.