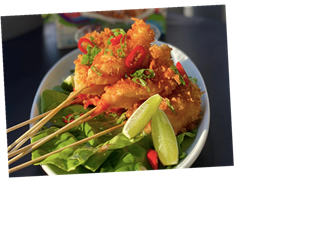 When you were little, you couldn’t wait to see what mystery prize was waiting for you at the bottom of your cereal box. Sometimes it was a whistle, a mini action figure, or even a color-changing spoon. What you’d never expect to see, however, are sugar-coated shrimp tails — yet that’s exactly what writer/comedian Jensen Karp found at the bottom of his Cinnamon Toast Crunch box. And it’s because of this saga that Cinnamon Toast Crunch-crusted shrimp recipes are now a thing.

After seeing the images of cinnamon-covered shrimp tails posted by Karp — who’s married to Boy Meets World‘s Danielle Fishel (aka Topanga) — all over social media, you may never want to eat a box of cereal ever again. However, homemade cinnamon-crusted shrimp actually sounds delicious AF, and it seems like home chefs agree. As soon as Karp’s Cinnamon Toast Crunch story went viral on Twitter, many users started joining in on the fun. Some people posted Photoshopped images of Cinnamon Toast Crunch with shrimp tails, while others took it a step further and came up with their own Cinnamon Toast Crunch-crusted shrimp recipes. There are dishes like sweet and savory shrimp tempura and spicy cinnamon toast shrimp with pineapple habanero sauce that would make the perfect lunch or dinner.

If you feel like having even more fun in the kitchen, you could experiment yourself with some traditional shrimp and cinnamon shrimp recipes. While you may be staying away from eating any cereal with surprise shrimp tails right now, these five cinnamon toast shrimp recipes are something you must sea. 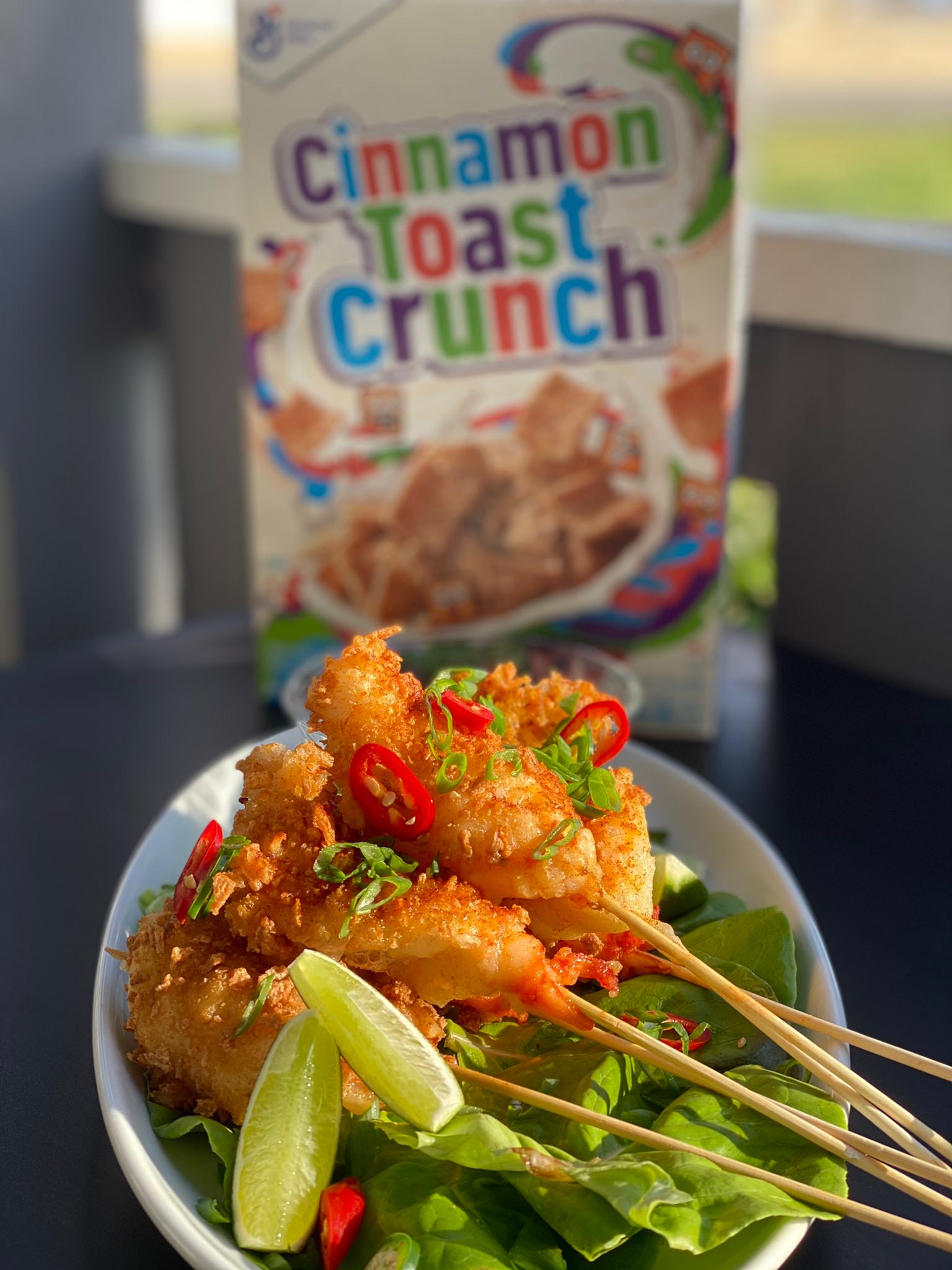 Chef Andy Lunique (@AndyLunique) was so inspired by the whole Cinnamon Toast Crunch-gate that he created this Cinnamon Toast Crunch tempura shrimp recipe. Karp even shared the recipe on his Twitter, and said that he would "still eat this" even after everything he’s been through.

You know this will be delicious because even Lunique said that he went through a "couple of failed experiments" before getting this "legit" spice blend of five-spice, paprika, salt, lemon pepper, cinnamon, and Tajín. He also claims you can try this with any cereal you have like Cheerios and Corn Flakes as well.

TikToker @mythicalkitchen was also inspired by the whole ordeal that he made some cinnamon toast shrimp as well, but with pineapple habanero sauce. In this recipe, you cover your shrimp with crushed up Cinnamon Toast Crunch cereal before frying. That may be fine as is, but the pineapple habanero sauce is what gives this dish it’s sweet and spicy kick.

If you’d like something a bit more subtle, this cinnamon shrimp curry is just for you. It combines both the cinnamon and shrimp in one dish. This is perfect for a date night at home where you want to really impress your partner with your cooking skills.

Have fun with this traditional cereal-crusted shrimp recipe. Follow everything as is until you get to the part where you add one cup of cereal to the pan. Instead of something plain like corn flakes, add in your Cinnamon Toast Crunch. The Cinnamon Toast Crunch will work just the same to give your shrimp that crunchy texture, but the cinnamon adds some sweet flavor to the mix.

Shrimp toast is actually a delicious snack that’s perfect for serving with an Insta-worthy charcuterie board. But the next time you decide to whip up some shrimp toast, sprinkle on a bit of Cinnamon Toast Crunch Cinnadust ($19, Amazon) on top for fun. It’ll give your savory shrimp toast that cinnamon sugar taste for a fun flavor combo.