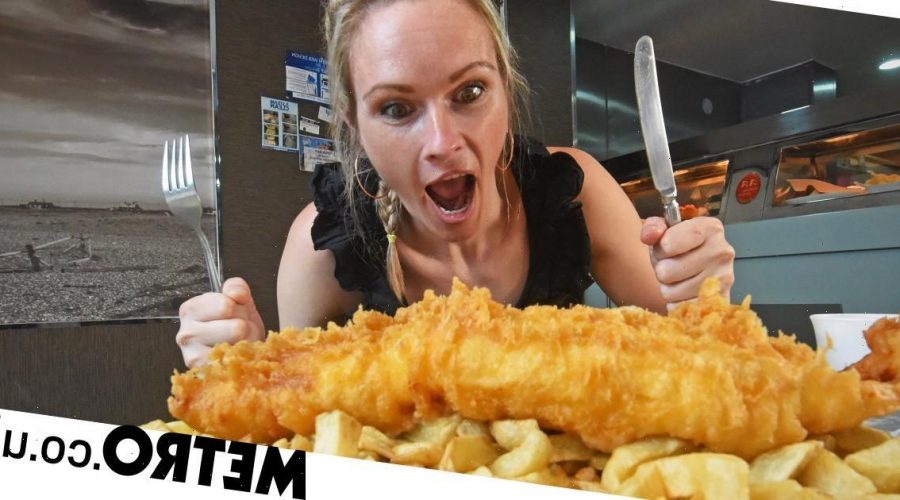 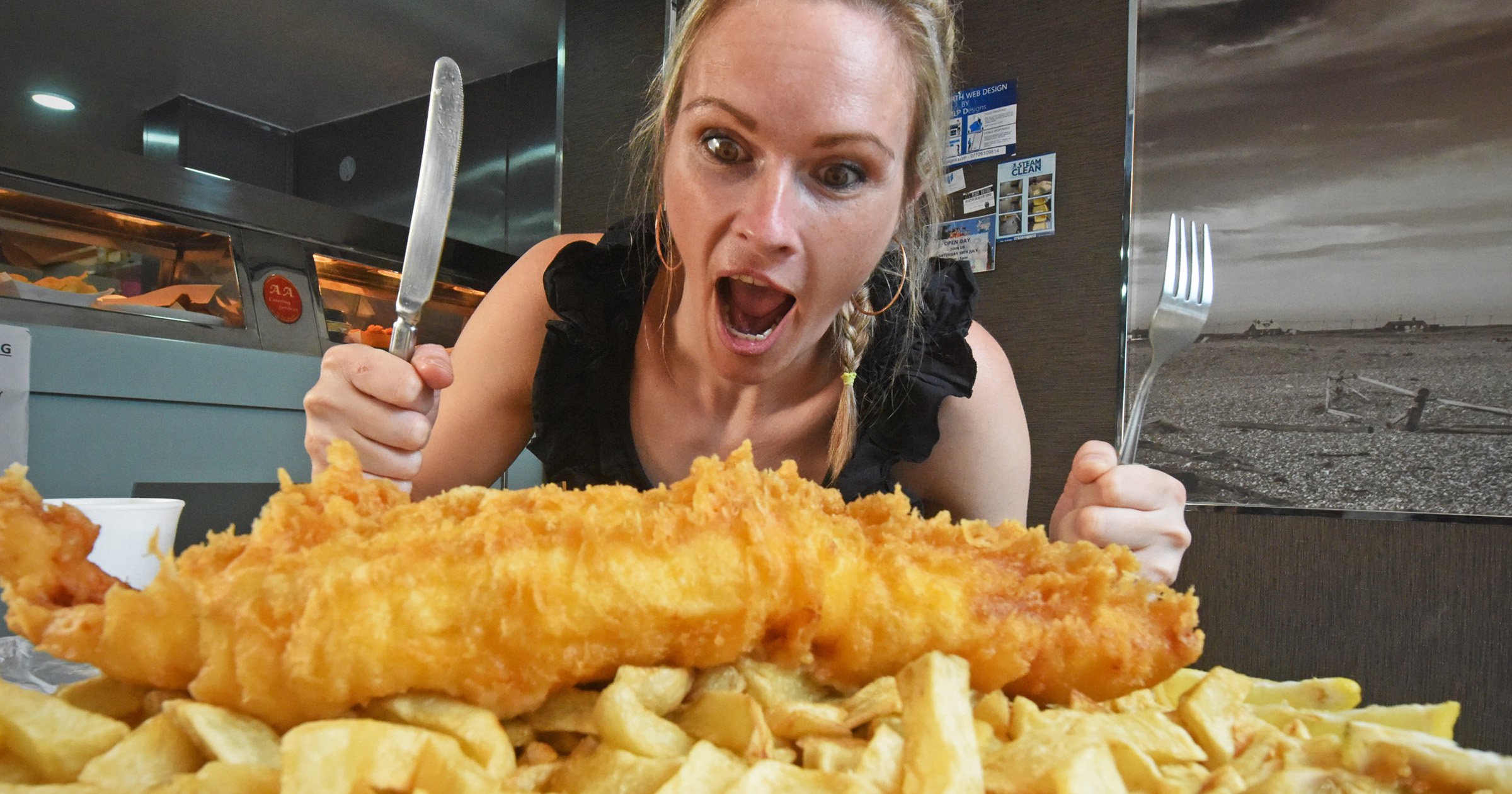 Could you eat this huge 3,000 calorie portion of fish and chips in an hour?

Those that fancy their chances are welcome to take on the challenge set by chip shop co-owner, Elizabeth Forrester.

Elizabeth, from Tamworth, West Midlands, says the 2.5 kg meal consists of three large portions of battered cod, a large portion of chips, three slices of bread and butter, and four sides – competitors have the choice of beans, mushy peas, curry sauce and gravy.

Since the 66-year-old launched the challenge last month, there has only been one successful competitor who finished the meal – known as ‘the colossus’ – in an impressive time of under 30 minutes.

Elizabeth said: ‘When I see the size of the portion of the food we make for the fish and chip challenge it shocks me every time.

‘I could never imagine eating it myself. I don’t think I could even attempt it.

‘We have had nine people take on the challenge so far since we started the fish and chip challenge last month and it has only been completed once.

‘All of the other competitors gave up halfway through.

‘They end up looking like they’re in a coma after attempting the 3,000 calorie meal. Their eyes are glazed over and they said that they felt like they couldn’t even move after their attempt.

‘I think that the slices of bread and butter make the challenge even more difficult.

‘I say to all of the competitors that it’ll be the bread that gets them.

‘The prize for completing the challenge is a lucky dip where one of the prizes is your money back.’

Elizabeth wanted to give her shop an edge over the other takeaways in town after opening her chippy’s doors in September 2019.

Elizabeth says she ‘can’t quite believe’ the amount of food being served up on the plate.

She said: ‘It usually takes us around 15 minutes to prepare the entire plate of food.

‘The fish takes the longest as it is just so big it takes a while to batter it and wait for it to cook.

‘The meal is extremely carb-heavy, so I am not really surprised that there has only been one successful competitor so far.

08/31/2021 Food & Drink Comments Off on Chippy challenges customers to eat 2.5 kg fish and chips meal in an hour
Recent Posts