Mexican cuisine is oftentimes delicious and flavorful, but not everything that restaurants dish up is worth ordering.

Insider spoke to chefs to figure out which common Mexican restaurant meals are must-haves and which you can probably skip or cook up at home.

Here are a few of the best and worst things to order at a Mexican restaurant.

Order the chips and salsa first to test the restaurant's quality. 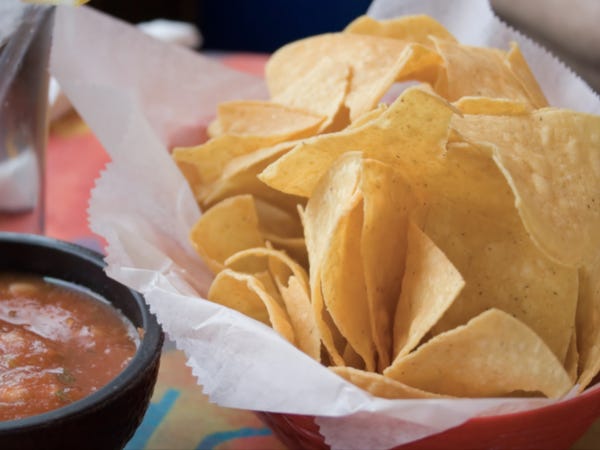 Chef Nick Bajal of Asadito in Chicago, Illinois, told Insider that he always orders chips and salsa when visiting a Mexican restaurant so he can gauge how much effort the kitchen is actually putting into its menu offerings.

“Chips and salsa is sometimes seen as a throw-away. Some restaurants will get lazy and serve stale chips and pre-bought salsa. On the other hand, a great restaurant will serve housemade red and green salsas and fresh chips,” said Bajal.

“If a restaurant puts time and energy into the basics, then they’ll put that into everything else on the menu too,” he explained. 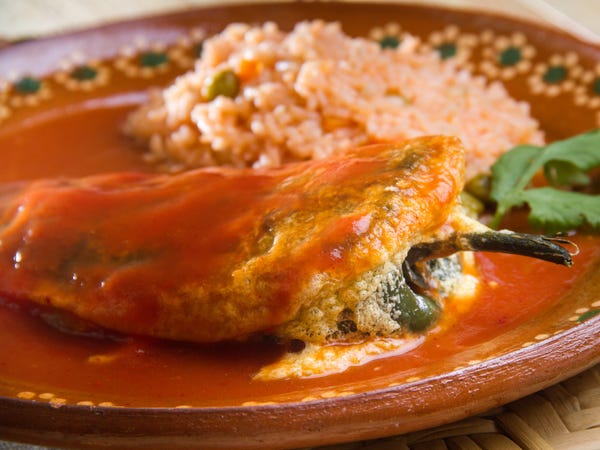 Chiles rellenos is a dish made with stuffed, battered, and roasted Poblano peppers. The peppers are often filled with meat, raisins, nuts, spices, and cheeses such as queso Chihuahua or queso Oaxaca.

This dish can take a lot of effort to prepare, so ordering it in a restaurant is definitely easier than whipping it up at home.

“Chiles rellenos takes a lot of preparation, from charring, skinning, stuffing, breading, and frying. If you see this on a menu, it’s because the chef must care enough to offer you an authentic experience. There are no shortcuts to this dish,” Alex Martinez, executive chef at La Cerveceria de Barrio in Miami, Florida, told Insider.

Sopes are a great combination of flavors and textures. 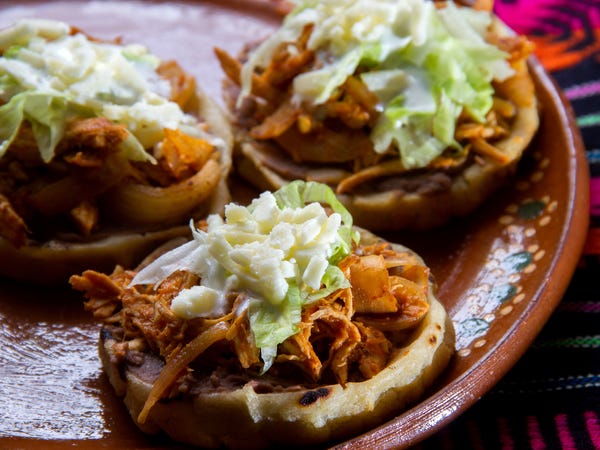 If you’re looking for a fun and accessible Mexican dish that’s easy to share (or enjoy yourself), sopes are a great option.

Also known as picadita, they’re highly customizable and hard to get wrong since they consist of a thick taco shell masa, which is ground maize that has been mixed with lime juice, that’s loaded with a range of toppings.

“Sopes are delicious. You get the flavor of the taco shell masa and you get the texture of it being fried until crispy. They’re usually topped with plenty of chorizo, cheese, crema, refried beans, and many other delicious toppings,” said Martinez.

Heat-lovers should definitely sample housemade hot sauces — just do so with caution. 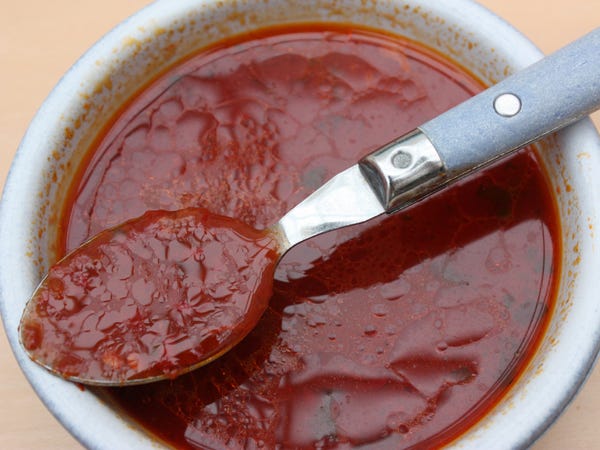 If a restaurant offers housemade hot sauces, Martinez recommended trying them out.

However, diners should consider themselves warned — authentic Mexican hot sauces can have even the most die-hard chili fans reaching for water.

“If you are at an authentic Mexican restaurant (not Tex-Mex), be careful what you ask for. Authentic housemade hot sauces can be very fiery. Check before you go all in – you might regret it,” said Martinez.

If you’re looking for a dip that’s not too hot, consider trying pico de gallo or salsa verde for a flavorful but mild alternative.

Always try the house specialty when you're at a new Mexican restaurant. 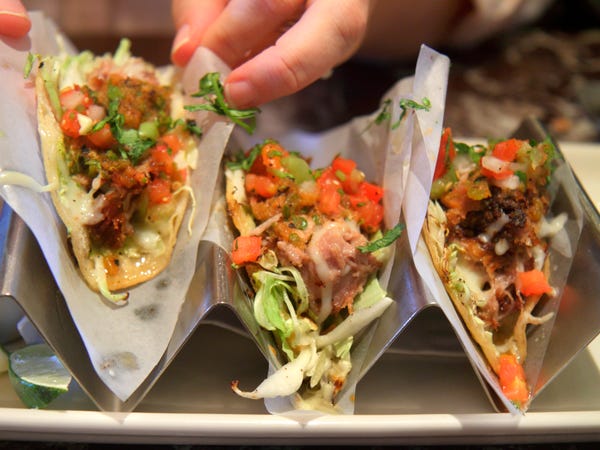 Overwhelmed by menu options? You might want to ask your server about the house specialty, which often showcases the chef’s skills in a way that other menu options may not.

Bajal also recommended checking to see if the restaurant serves food from a specific region in Mexico, such as Veracruz or Oaxaca, or if they offer specific types of taco, like Al Pastor or Birria.

If a restaurant’s staff knows the origin of their dishes, the food is oftentimes more likely to be thoughtfully cooked and authentic.

Housemade tortillas are worth the extra money. 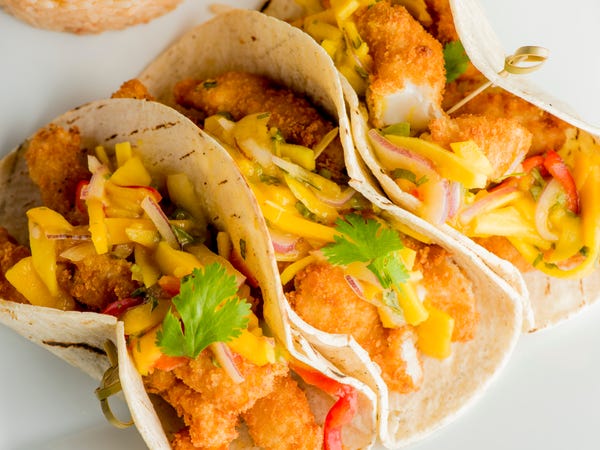 Martinez told Insider that if a restaurant offers tortillas that are made by hand in the kitchen, diners should always try to sample them.

That’s because hand-crafted tortillas can elevate even the most mundane burrito or taco to gastronomical greatness.

“I would order anything made with homemade tortillas. This way you know the ingredients, and the difference in taste and texture is everything,” said Martinez.

On the other end of the spectrum, chimichangas often aren't the most flavorful item on menus. 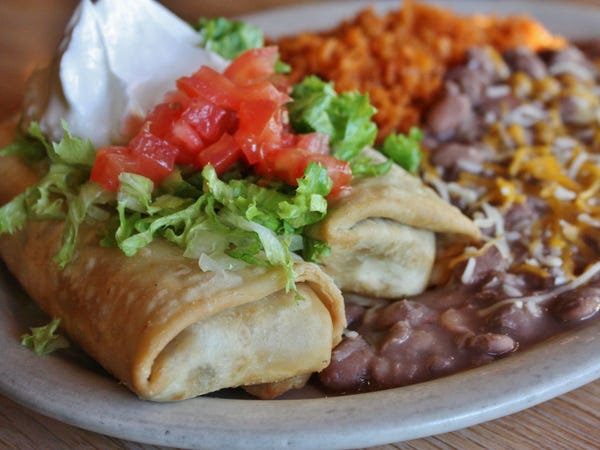 Chimichangas are often considered to be a Tex-Mex dish and they are essentially large, deep-fried burritos full of meat, beans, and rice.

Chef Firoz Thanawalla of Chef’s Satchel told Insider that he recommends skipping them in favor of a more flavorful dish.

“Chimichangas can be juicy. But often, when deep-fried, the chimichanga loses most of its flavor. Most of the taste is derived from the cheesy sauce it is topped with. They are definitely not worth the calories,” he said.

If you’re craving a meat and cheese feast, consider opting for a regular burrito that won’t be overshadowed by sauce.

Skip the restaurant fajitas and make them at home instead. 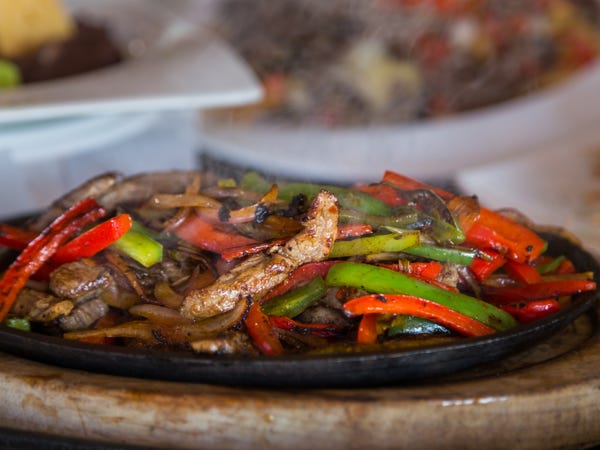 “I would never order fajitas at a restaurant. They’re really nothing more than sautéed onions and peppers with a protein. Nothing exciting,” said Montiel.

Even the most novice cooks can prepare a batch of fajitas in their own kitchen, so paying to enjoy them at a restaurant isn’t the wisest choice.

If you do order fajitas, ask the kitchen if it’s possible to load them up with a specialty meat or have them served with homemade tortillas.

Margaritas are sometimes made from a packaged mix and are not worth the money. 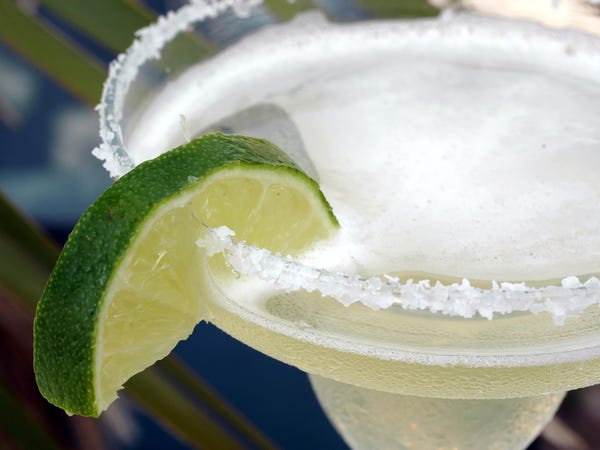 Margaritas and Mexican food seem to go together like peanut butter and jelly, but these frosty drinks are sometimes made with a processed drink mix and packed with sugar.

“I wouldn’t order a margarita. It’s basically a glass full of sugar with some alcohol, which ultimately is not just a waste of calories, but will fill you up even before you’ve had your Mexican food fix,” said Thanawalla.

If you want to pair your meal with an authentic Mexican beverage, try a Paloma cocktail made with tequila, grapefruit-flavored soda, and lime. Non-drinkers may want to opt for horchata, which is a milky drink that’s typically made with rice and cinnamon.

Related posts:
02/05/2020 Food & Drink Comments Off on Chefs reveal the best and worst things to order at a Mexican restaurant
Recent Posts
We and our partners use cookies on this site to improve our service, perform analytics, personalize advertising, measure advertising performance, and remember website preferences.Ok