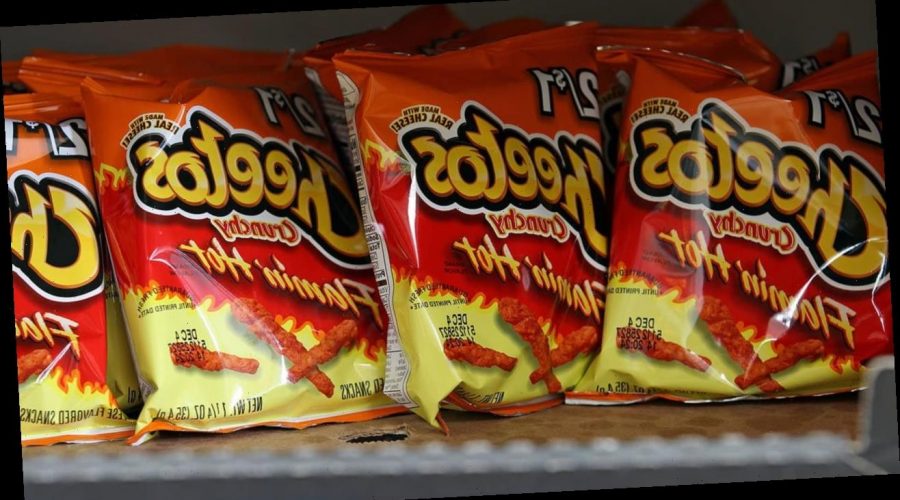 A father from Montana says that his son found an unusual object in the bottom of a bag of Flamin’ Hot Cheetos. Fortunately, the child apparently discovered the metal object before accidentally eating it.

Bow Horn Weasel bought the bag of cheese-flavored snacks on Saturday, TMZ reports. He reportedly gave it to his 6-year-old son the following day, Easter, as a treat.

The boy apparently ate the entire bag before finding the bullet, which appeared to be covered in the same hot-cheese powder as the rest of the Cheetos in the bag.

Weasel says he reached out to Frito-Lay and that they’ve been in contact with him to remedy the situation.

In a statement obtained by Fox News, a spokesperson for Frito-Lay said, “Frito-Lay is committed to ensuring the quality and safety of our products. This situation is highly unusual and troubling, and we have already taken steps to investigate and attempt to identify the root cause. We appreciate Mr. Weasel bringing this to our attention and will continue to work with him to resolve this matter.”

This comes only a few weeks after a man claimed that he found shrimp tails in a box of Cinnamon Toast Crunch.

Fox News previously reported that Jensen Karp, a writer and producer who has worked on such TV shows as “Unleashed” and “The Masked Singer,” posted a photo of the strange find to Twitter in late March, asking the makers of Cinnamon Toast Crunch about the alleged “shrimp tails in my cereal.”

Since then, it still has not been confirmed if the objects were actually shrimp tails or not.