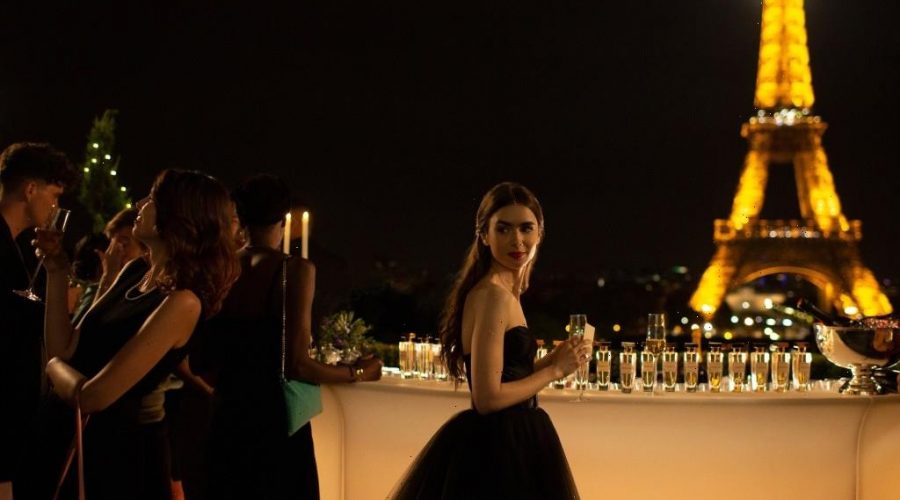 There are many reasons to love France, from the romance of the language to its enviable fashion to its charming cities and countryside. Thanks to Netflix, we Americans have had the chance to experience France and its iconic City of Light through the wide eyes of Emily Cooper, a young social media strategist from Chicago who takes on a new job and a new life, in the hit show “Emily in Paris.” Trés romantique, n’est pa? Of course, Emily also explores romance and love through the two seasons of the show — can we talk about chef Gabriel, ooh la la! And speaking of chefs, have we mentioned the food? We practically salivate with envy every time Emily buys a pain au chocolat at the patisserie or samples hors d’oeuvres at a fancy fête. This girl is having her cake and eating it, too! And now so can we, thanks to a brand-new cookbook inspired by the show and filled with French culinary delights.

The Emily in Paris: The Official Cookbook is perfect for fans of the show as well as any Francophile who just loves French cuisine. With more than 75 recipes including homey French staples, elegant hors d’oeuvres, pastry classics, and cocktails, the cookbook will let you taste your way through Emily’s Parisian neighborhood. And we know Emily enjoys French food; she once quipped, ““I’m not somebody who can share a crepe. I need the whole crepe.”

Emily in Paris: The Official Cookbook

'Emily in Paris: The Official Cookbook'

With this cookbook, you can whip up show-inspired favorites like Gabriel’s Omelette and Pierre’s Cracked Crème Brûlées. Or try your hand at classic French fare such as Ratatouille and Pain au Chocolat, or American expat favorites including Quiche au Ciment (AKA Chicago Deep-Dish Pizza) and bacon-topped Cheeseburgers. With dessert recipes such as Orange Crème Caramel and Strawberry Mousse as well as savory recipes like French Onion Soup and Roast Salmon with French Lentils, there is always a recipe for whichever mood you’re in. In addition to all the great recipes with color photographs of every dish, the cookbook features lavish stills from the show and fan-favorite quotes, as well as descriptions of how each recipe relates to the series’ narrative and history about many dishes’ origins.

As Mindy tells Emily, “It’s Paris. Everyone’s serious about dinner.” And we’re serious about eating our way through the magnifique recipes in this Emily in Paris cookbook!

08/24/2022 Food & Drink Comments Off on Bon Appétit! There's an 'Emily in Paris' Cookbook & It's Filled With Recipes Fans Will Love
Recent Posts