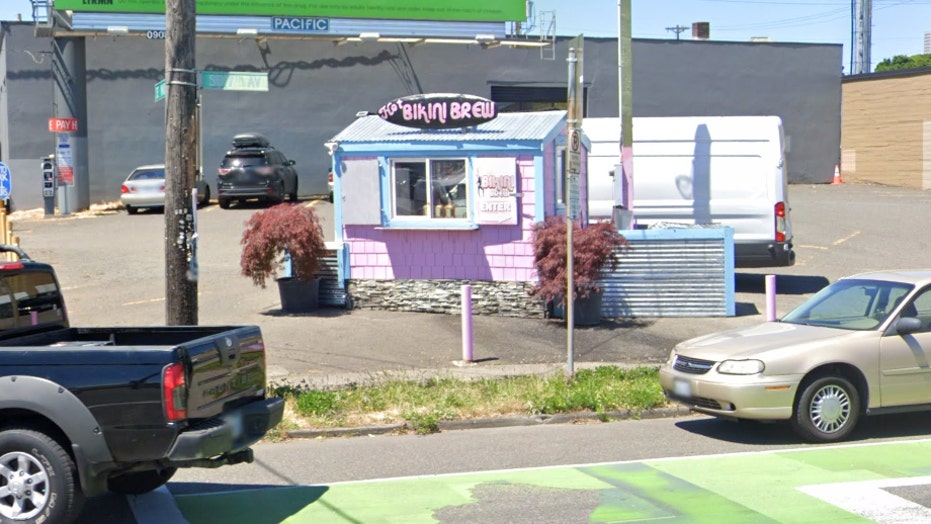 A bikini-barista coffee stand in Portland, Ore., has abruptly disappeared — days after the owners got into a fight with a pair of cyclists just outside of the shop.

Jon Elston and Amanda Ingles, who own Hot Bikini Brew, were reportedly in a car near the coffee shop when they got into an argument with a group of cyclists on the road last week. It’s unclear what caused the initial argument – Elston maintains that the cyclists cut in front of the car – but each side claims it was the other that instigated the confrontation.

A police officer told The Oregonian that Elston yelled at one of the cyclists during the altercation, before getting out of his car wielding a hammer. He ditched the hammer during the struggle, police say, but ended up allegedly punching the man in his face, breaking his glasses, and leaving him in need of stitches.

Other cyclists, meanwhile, were reportedly drawn to the scene of the altercation. Police say Ingles then swatted the phone out of a female cyclist’s hands, presumably to stop her from filming, before Elston allegedly punched that woman, too, and knocked her unconscious.

Later that week, Hot Bikini Brew, which operates out of a small, mobile location on the corner of Southeast 7th Avenue and Southeast Madison, was no longer in its usual spot on Friday morning.

Elston, however, told The Oregonian that he and Ingles had decided just prior to the fight that they would be moving the shop’s location due to numerous break-ins. (Last week, Ingles had also organized a GoFundMe campaign to help raise money for the shop’s repairs after a reported instance of vandalism.)

“We’ve been broken into five times,” Elston told the outlet, although they were unable to reach him for a subsequent comment on when or where the shop would be reopening. 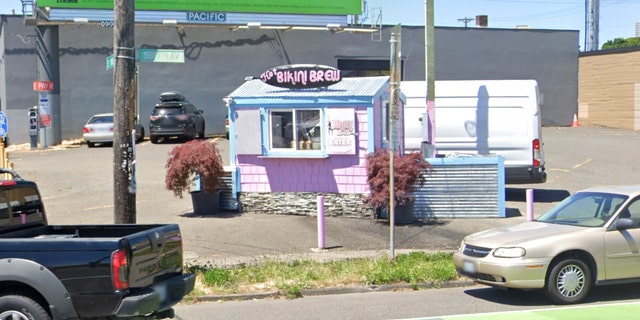 A bikini-barista coffee stand in Portland, Ore., pictured, has abruptly disappeared just days after the owners got into a fight with a pair of cyclists just outside of the shop.
(Goolge Maps)

Eater Portland reports that there are currently “no signs of whether it will return or not.”

Elston, who also told The Oregonian that it was he who smacked the phone from the woman’s hands, says he plans to fight the charges in court.

11/13/2019 Food & Drink Comments Off on Bikini-barista coffee shop in Portland disappears after owners fight with cyclists
Recent Posts
We and our partners use cookies on this site to improve our service, perform analytics, personalize advertising, measure advertising performance, and remember website preferences.Ok