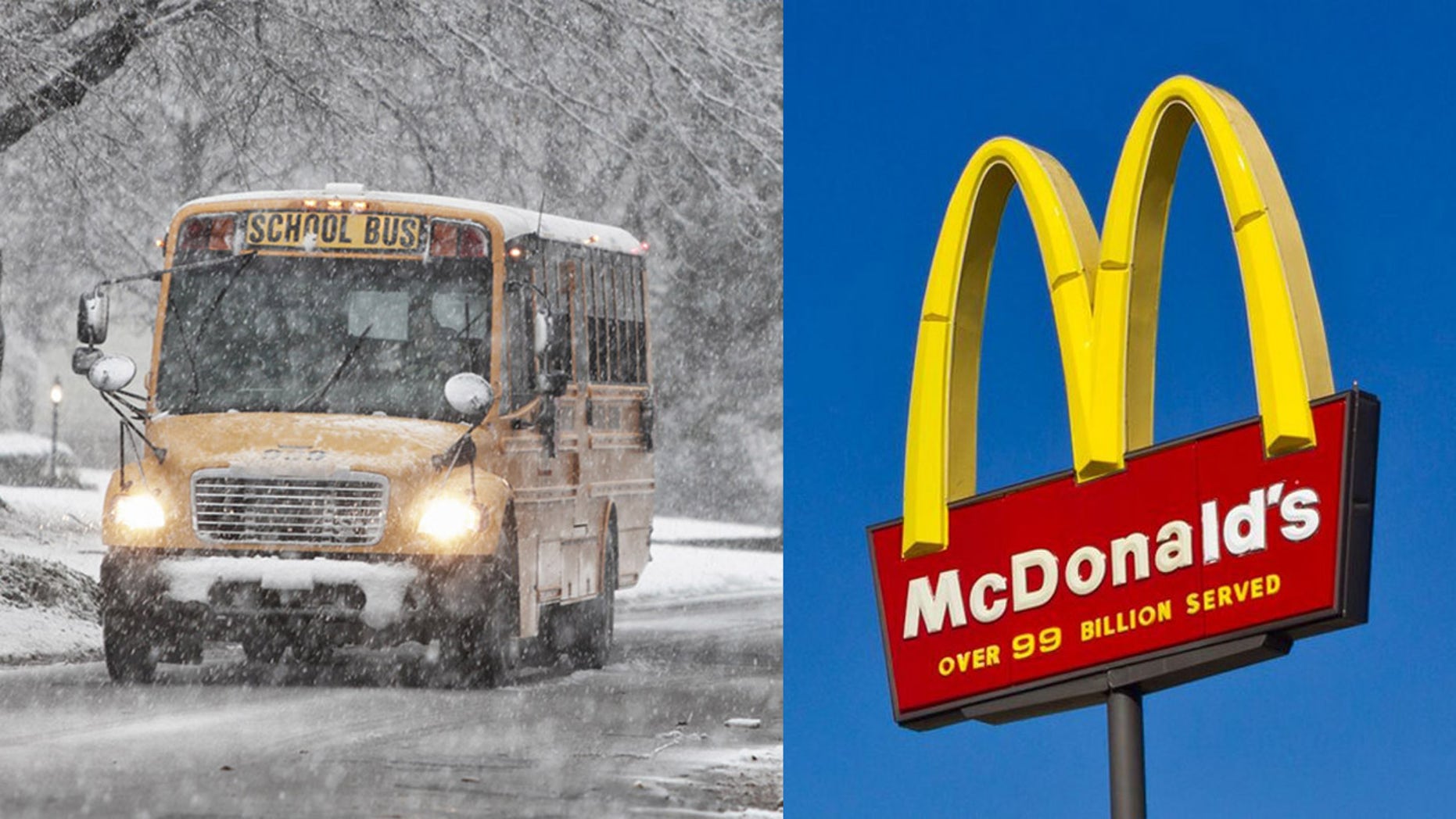 Though he’s being praised as a “small town hero” for the kind deed, the bus driver says he was simply inspired by the spirit of Christmas to do the right thing.
(iStock)

One generous Alabama school bus driver has gone viral for purchasing 50 McDonald’s breakfast biscuits for his elementary school students when icy roads delayed the school’s opening, so that the youngsters would not go hungry in class.

Though he’s being praised as a “small town hero” for the kind deed, the bus driver says he was simply inspired by the spirit of Christmas to do the right thing.

“Mr. Price, one of our bus drivers, truly demonstrates the spirit of Christmas! On Tuesday, when school was delayed due to icy roads and we weren’t able to serve breakfast, he purchased biscuits from McDonald’s for his entire bus of students! What a kind act that our students will forever remember!” they wrote on Facebook, sharing an image of a beaming Price at the wheel.

“Thank you, Mr. Price, for making a lasting impact in the lives of our students.

In the days since, the post has won major applause with over 1,800 likes from those within and beyond the Montevallo community, a city roughly 35 miles south of Birmingham.

“Anyone who knows Wayne Price would know that this isn't a random moment. In the almost 20 years of knowing him, I've seen this man give so much of himself to his community. I've experienced first hand the hope and guidance he brings to people who may not find it anywhere else. I'm glad he's getting the acknowledgment he deserves,” one fan commented.

“Thank u sir, Its bus drivers like u who make me feel safe to send my baby on the bus! Merry Christmas,” another agreed.

Despite all the attention, Price told ABC 3340 that purchasing breakfast for the young students was simply the right thing to do.

Learning of the delayed opening before he stopped get breakfast from the Golden Arches ahead of his pick-up route, Price says that his impromptu decision to pick up food for the kids was a natural one.

“You can drop $50 going out to dinner, and it was nothing more than taking my family out to dinner,” When it came down to the financial side, it was just second nature. I really did not think about it. I thought, hey this would be neat. I bet they will like this,” Price said. "We get caught up in materialistic things, even buying biscuits to a certain element is a little materialistic, but Christmas is giving. Christmas is showing love.”

Of course, the surprise was a hit with his students.

"I was just so surprised that he did that," fifth grader Elizabeth Lopez told ABC. "I did not think he was going to do it. I am really thankful for having him as a bus driver, and he feels like a dad to me."

The Montevallo school principal, too, says that the school community is lucky to count Price as a member.

"Montevallo is a very special place, and anytime there is a need, so many people step in and help above and beyond what they have to do, and Mr. Price is just an example and a testament to this community and the schools in Montevallo," Principal Dr. Allison Campbell told the outlet.