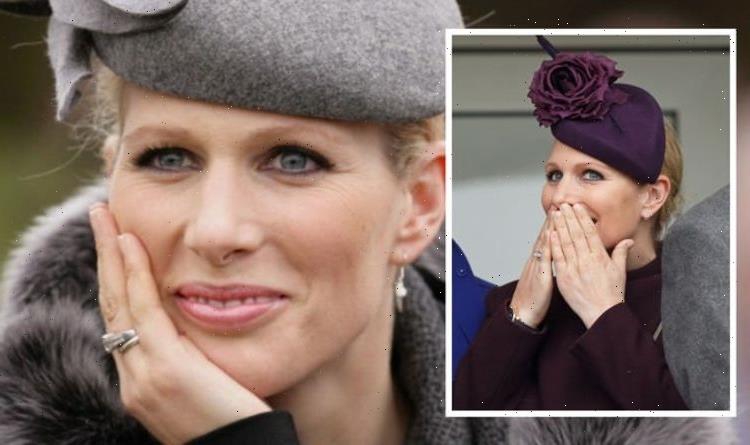 It was thought to deliberately have a low profile setting.

This meant Zara would not need to remove her precious gem while competing in equestrian events.

Mike Fried, CEO of The Diamond Pro, said: “Zara’s ring is a beautiful mix of old-world tradition with a twist of modern design.

“Going with the round diamond and adding a split shank setting was a great way to add a touch of modern style to a royal engagement ring.

“That said, being worn by the granddaughter of the Queen can make this ring priceless.”

The expert said: “Zara’s engagement ring features a stunning split band covered in pave diamonds, with a large brilliant-cut diamond at its centre.

“The shape of the split shank frames the central diamond beautifully.

“As Zara is an Olympic equestrian rider and big sports fan, Mike’s choice was practical as well as beautiful, with a low-sitting diamond.”

The couple tied the knot at Canongate Kirk in Edinburgh in July 2011, and the ceremony was attended by senior members of the Royal Family, including the Queen and Prince Philip, Prince William and Kate Middleton and the bride’s mother Princess Anne.

On the day, Zara paired her Stewart Parvin dress with a precious Greek tiara that belonged to her mother, Princess Anne.

The ‘something borrowed’ piece consists of a brilliant-cut diamond surrounded by a glittering wreath.

It originated in Greece’s Royal Family, with Prince Philip’s mother Alice gifting the tiara to Queen Elizabeth II, and the Queen subsequently passed it on to her daughter, Princess Anne.

The royal couple now have three children together, Mia Grace, seven, Lena Elizabeth, three, and their newest arrival, Lucas Philip, who was born at their home of Gatcombe Park in 2021.

Mike and Zara recently celebrated their 10th wedding anniversary and in an interview with The Times, the sports star publicly spoke of his love for his wife.

“He said: “She’s always been my best friend.