SOME houses need more working done to them than others, but this house got a new lease of life after being left to rot.

Carla Morrone, 37, from Minneapolis, US, moved across the country to Georgia back in 2018 and began to renovate houses. 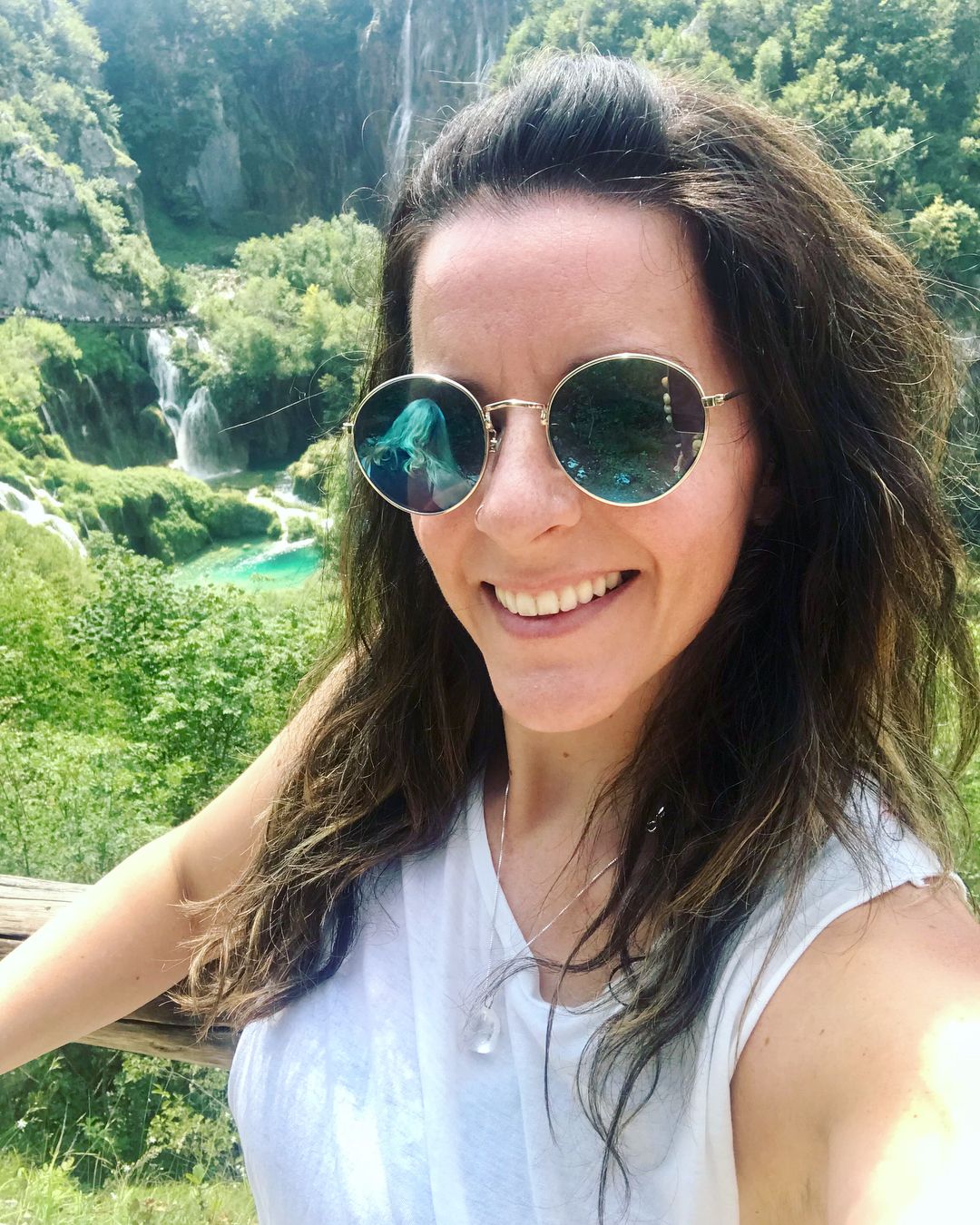 She described houses as being like “living things,” something that needs a lot of care and attention.

She described the kitchen as a “dump,” but that the bathroom was the worst of lot as it had been worn down by water damage and rotted joists. 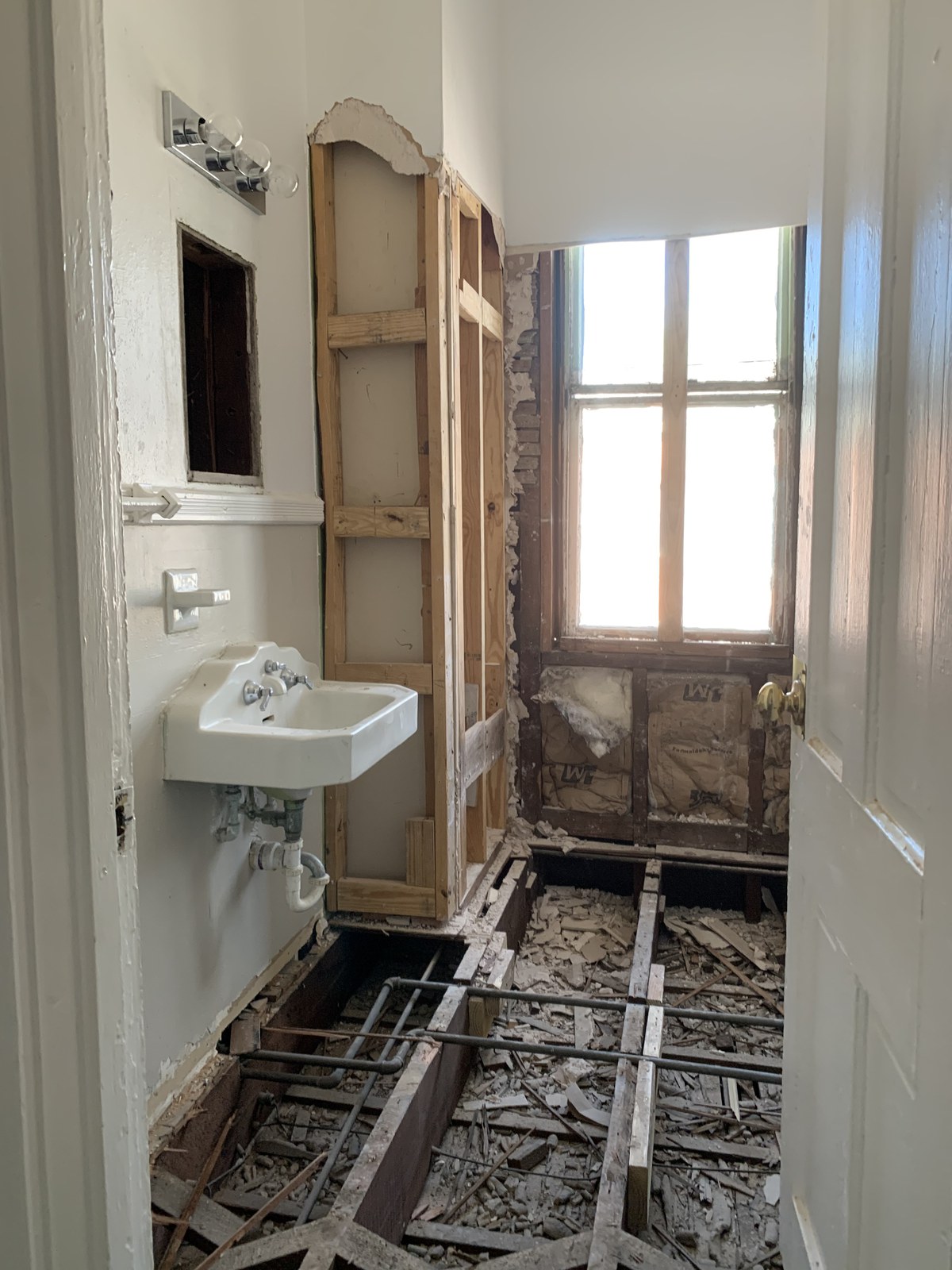 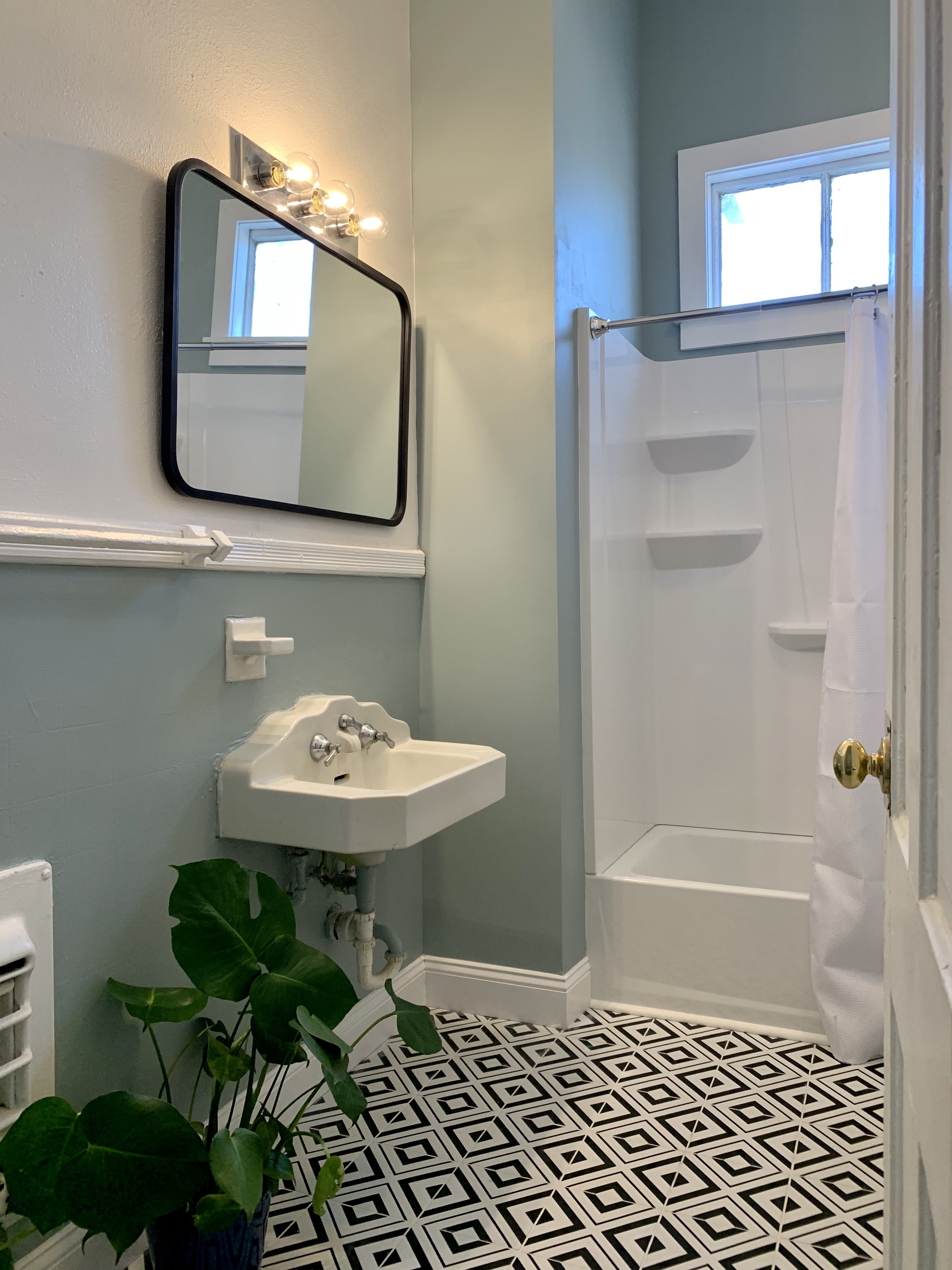 First she stripped the floorboards from the bathroom and ripped out the tiles from the walls where she uncovered a secret window which had been covered up.

After retiling the floor, installing plasterboards on the walls, she added a new bath, mirror and gave the walls a lick of paint.

Carla saved a huge amount of money by keeping the bathroom’s original vanity sink and completed the room for £8,000

She said: “The bathroom was the biggest project and definitely a worst-case scenario.”

The revamp taught Carla how budget for a worst-case scenario, so she knew how to avoid disappointment. 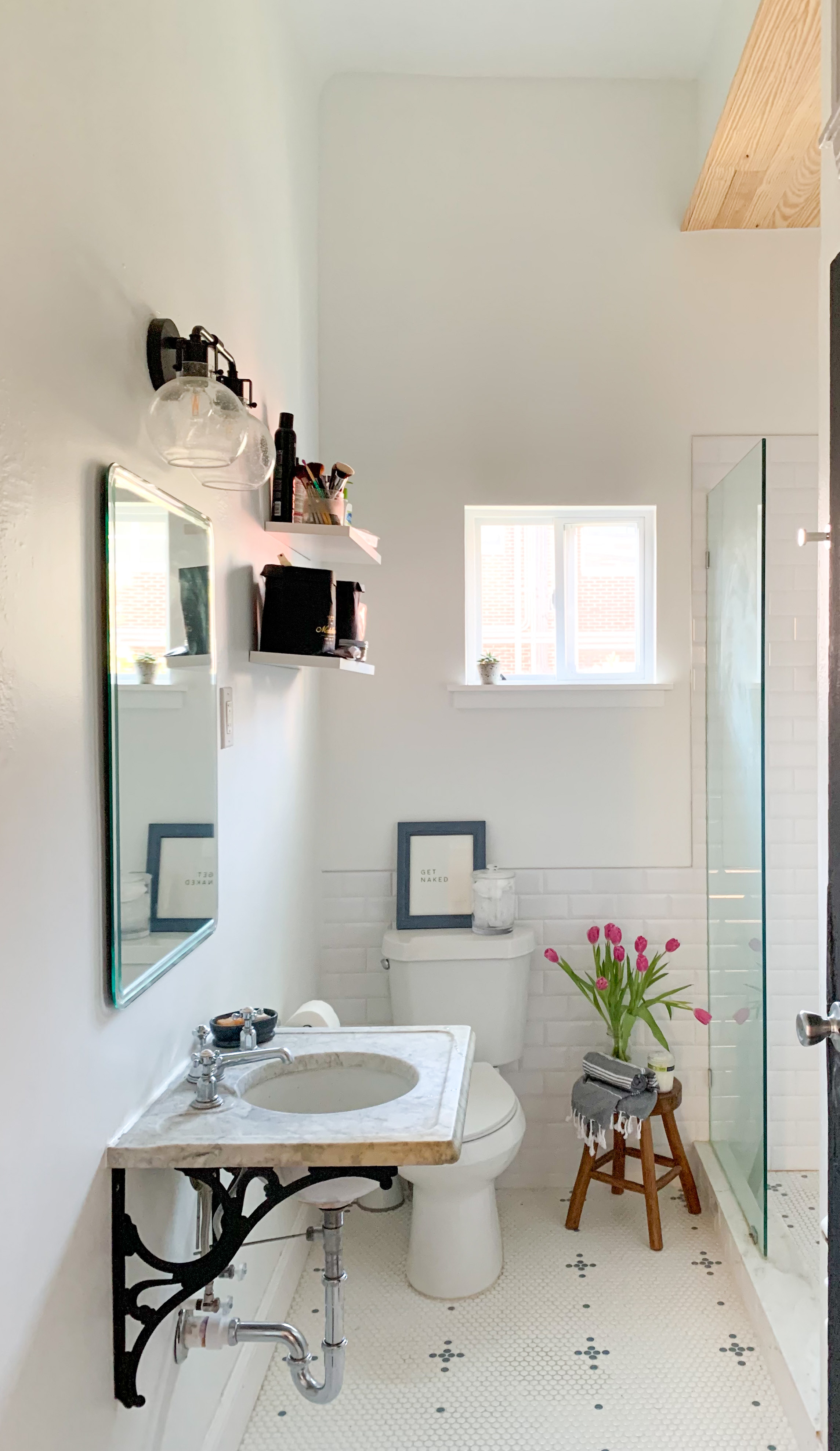 In the downstairs bathroom, she replaced the vanity with a wall-mounted marble piece, ripped out the wooden floor before retitling and replaced the toilet and sink.

She also fitted a glass shower door and freshened up the walls with some paint, before adding new wall tiles on the bottom half of the walls.

When Carla got around to tackling the kitchen, she found a rodent living in the wall between the kitchen and living as she knocked through.

She said: “My kitchen was a dump – the house had been neglected for decades.

“I had always thought about opening the wall between the kitchen and the laundry room to make one large room and thanks to Ratatouille, it’s what happened!” 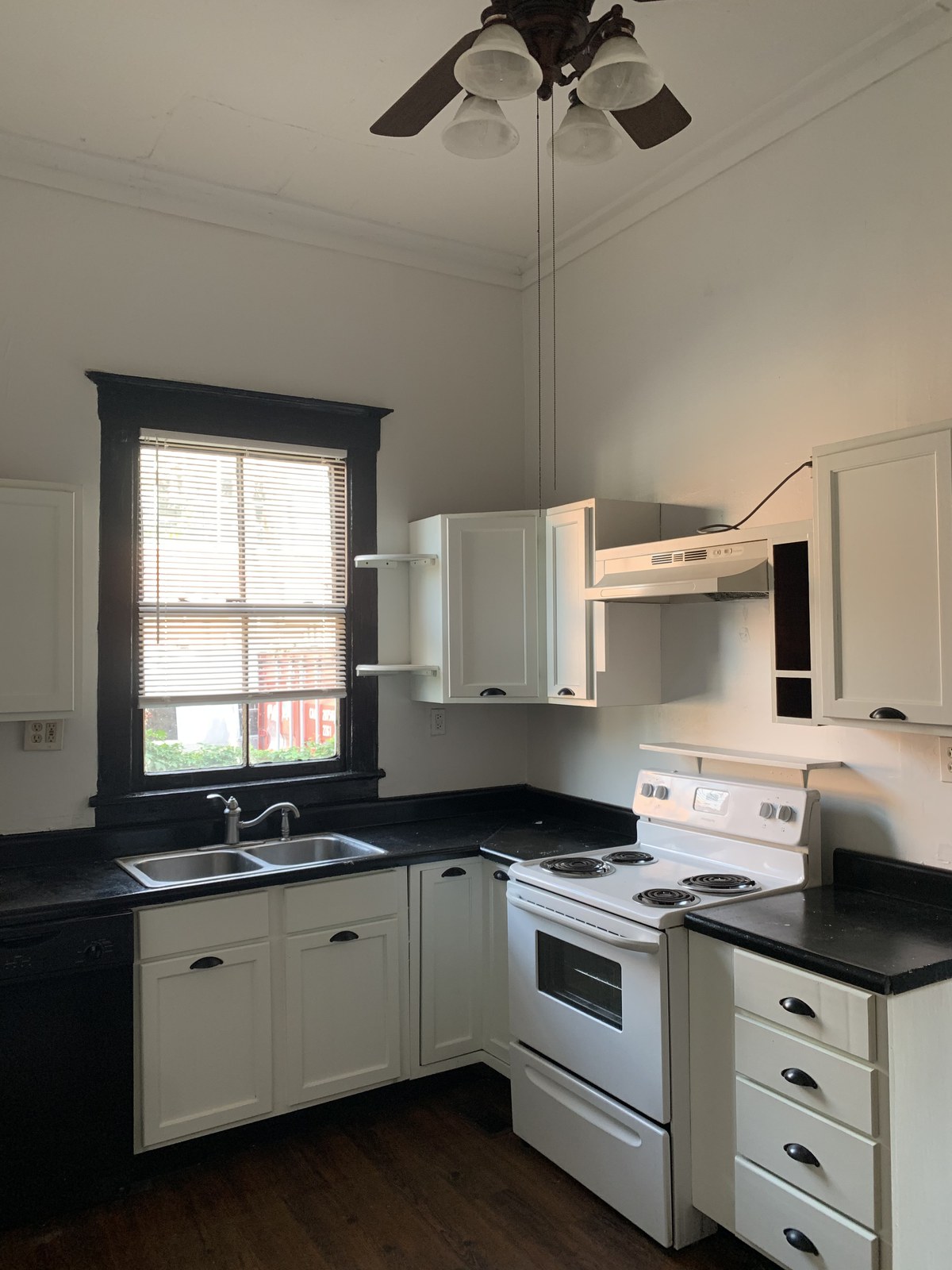 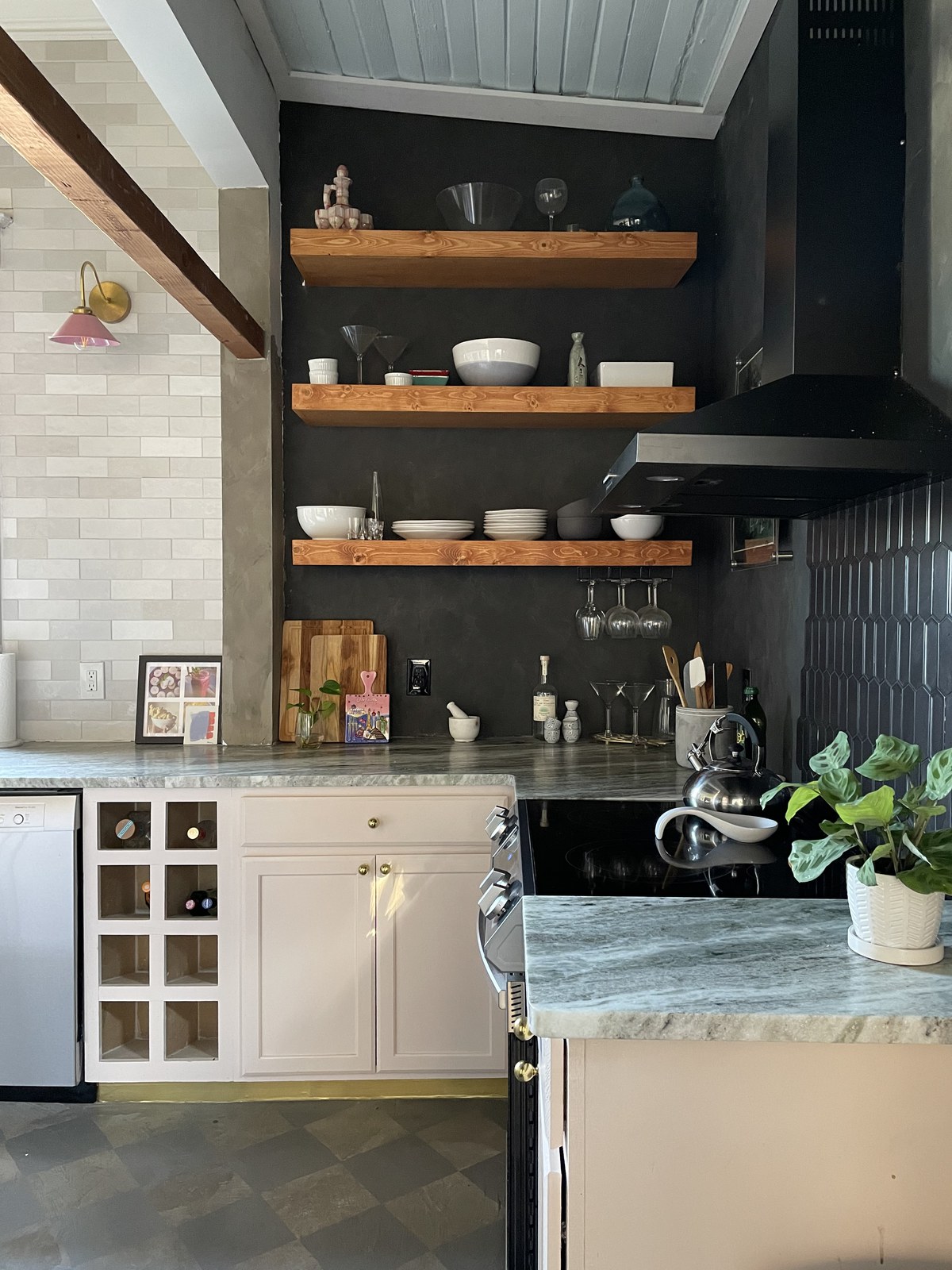 Carla said she drew her inspiration from European cafes, with lots of textures and neutral colours.

She tackled the kitchen mostly by herself but had help from professionals for some of the bigger jobs.

Beaming from the results of the kitchen, she managed to spend just £9,923.

The transformation took Carla six months to complete and cost her around $40,000 (approximately £28,353) in total. 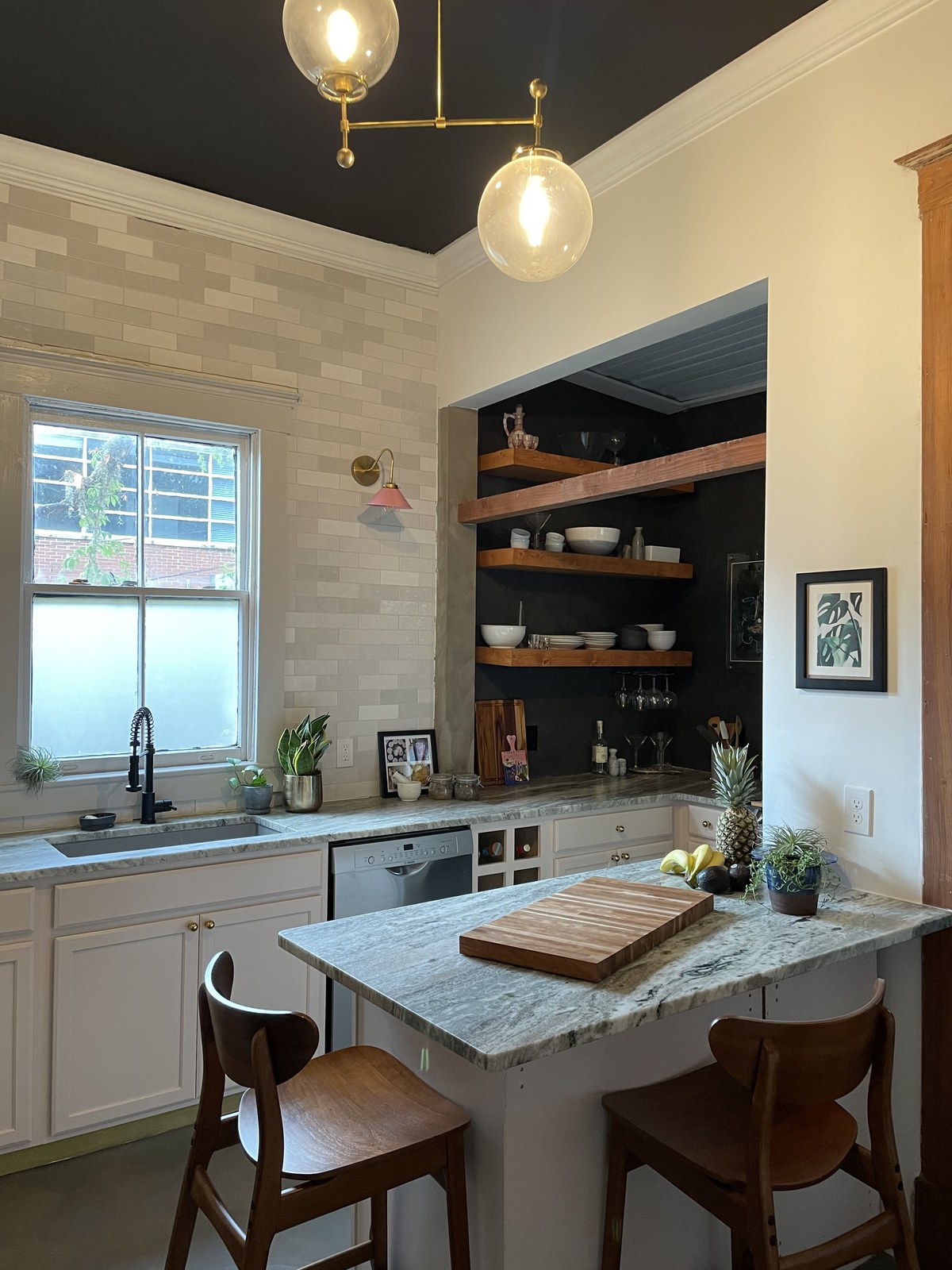 She said: “I am so proud of the work I was able to do myself and the design choices I made throughout the house – but the most enjoyable part always comes a couple of weeks after a project is done, when the dust has cleared, and it really feels like the house is just as it should be.”

Carla joked that using her own toilet for the first time was a great day.

The house renovator said: “I just refinanced the house, and it appraised for almost $575,000, so I’d say the work was worth it.

“And while I am very much enjoying living in a finished space again, I am itching for my next project.”

She also shared some advice for anyone looking to do large-scale renovations to a house, saying: “I took recommendations from friends for almost everyone that I worked with and had a general contractor stop in after each of those steps were completed.”

I spent lockdown turning my rental into a multicoloured pad – mates say I’m off my head, Mrs Hinch’s home is my hell.

Homeowner does up pad with nothing but charity shop bargains & prices from £35.