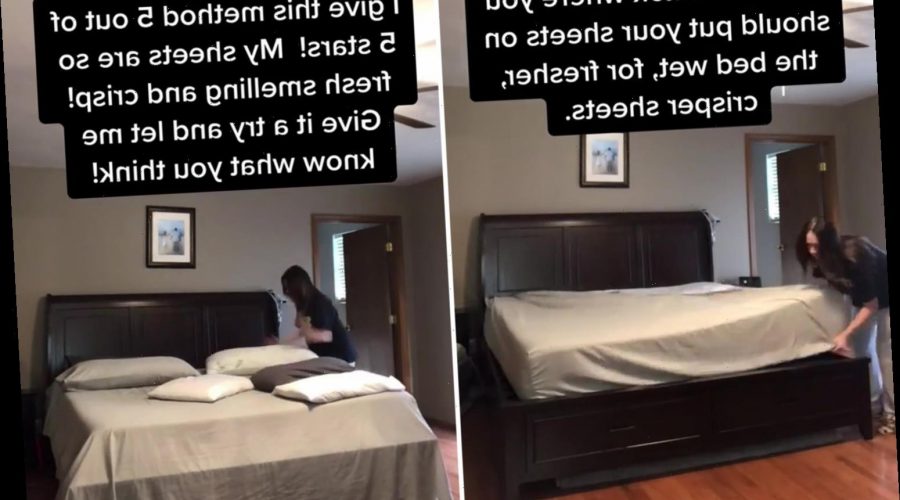 WE'D do anything to halve the amount of chores we have to do, particularly ironing and waiting for washing to dry.

But one woman claims the secret to "fresher, crisper" bed sheets is to put them on WET – and they end up completely crease-free too. 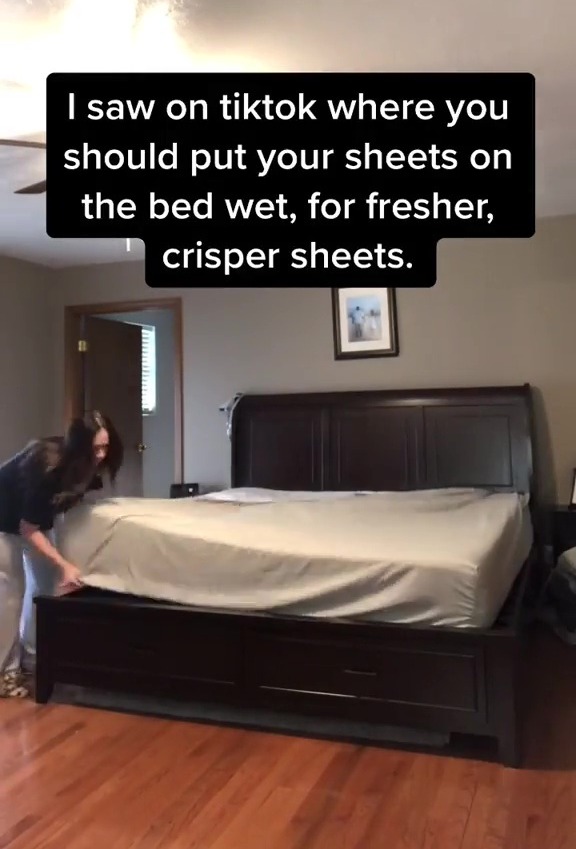 The hack is being praised by cleaning fans on TikTok, but a fair few remain skeptical.

Lori Parker said the claims were made in a seperate clip, so she was desperate to try it out for herself

She filmed herself changing the sheets on the bed and explained that she'd just washed them and popped them in the tumble dryer for a few minutes.

The sheets were still wet when she popped them on the bed where she left them to air dry. 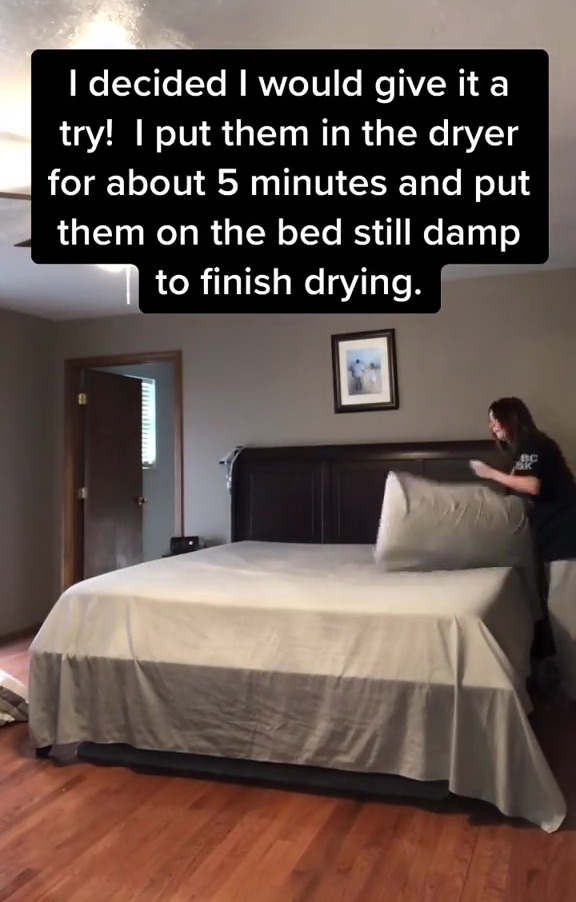 When she returned to check the results Lori was shocked, and gave the tip "five out of five stars!"

"My sheets are so fresh smelling and crisp!" she said in the video.

Before adding: "Give it a try and let me know what you think."

More than 760k people have watched Lori's video, and it seems many were desperate to give it a go.

Another TikTok user known as @fancybudgetingwife shared a clip of her trying out the hack. 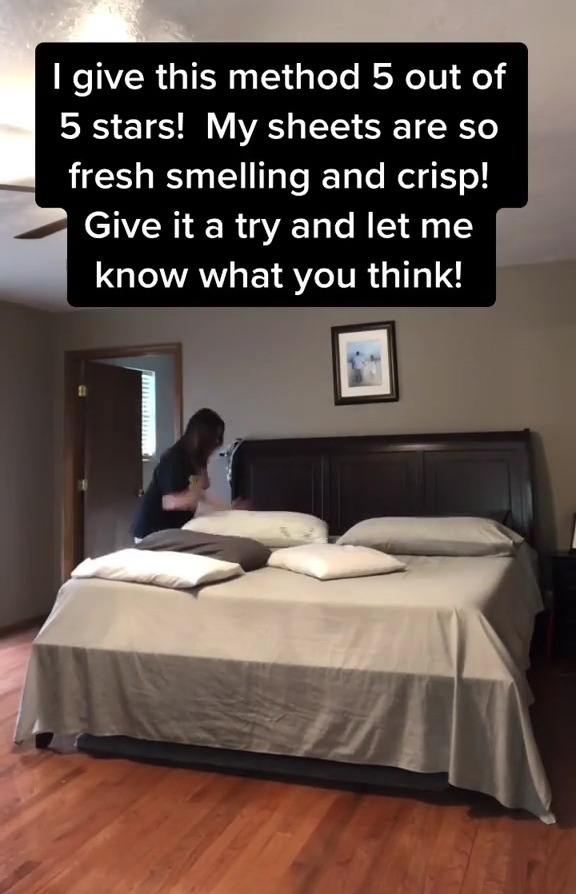 She too put the damp sheet on her bed and was shocked by the results.

Although it impressed some, many were concerned about what it might do to the mattress.

Many questioned whether the damp sheet would leave it "mouldy" or with a "sour" smell.

But Grisel brushed off concerns, claiming it actually made her bed "fresh"- and the best part is that her sheets were wrinkle-free.

She added that the damp-sheet hack is a matter of "personal preference", but insisted that it really worked for her and that she loves it.

03/10/2021 Fashion Comments Off on Woman claims the secret to ‘fresher, crisper’ bed sheets is to put them on WET & it’s a must-try tip if you hate ironing
Recent Posts