But for Joanna Giannouli, turning 13 was life changing. Instead of starting her period like her pals, the teen realised she was different.

Three years later, doctors discovered why – Joanna was born with no vagina.

The now 29-year-old, suffered a rare disorder called Mayer Rokitansky Küster Hauser (MRKH), which stops the vagina and often the womb from developing as normal.

When Joanna was 17, doctors were able to successfully build her a vagina, using tissue grafts from other parts of her body.

And the life-changing surgery means she can now enjoy a normal sex life with her fiance and dreams of becoming a mum, after her ex-boyfriend dumped her for being "abnormal". 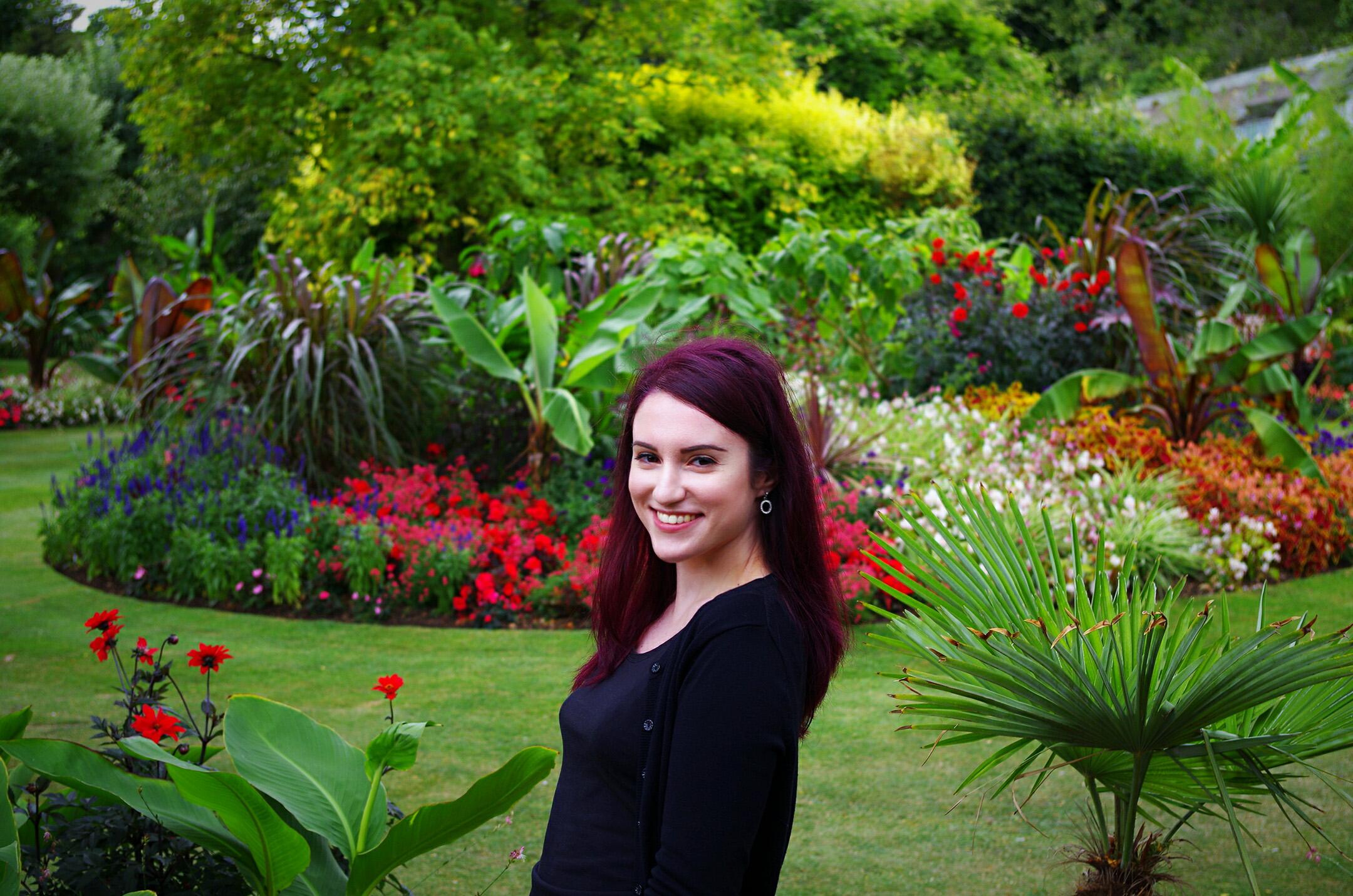 'Docs dismissed me as a late developer'

Joanna, who is originally from Greece but now lives in Oxfordshire, said like many other MRKH sufferers the first sign something was wrong came when she didn't start her period.

"I asked my mother, 'Mum, why are my friends at school getting their periods, and I haven’t got mine?'," she told The Sun.

Joanna's mum, Vivian, took her to see the family doctor in Athens – but as everything appeared "normal" to look at, they dismissed her as being "just a late developer".

"I was asked to undress," Joanna added. " Because I was growing breasts and had pubic hair, everything looked normal.

"And because I was so young, no internal examination was done."

But by the time she was 16 she still hadn't started her period.

"At that point, my mum took me back to the doctor, and this time, an internal examination was carried out," Joanna said. 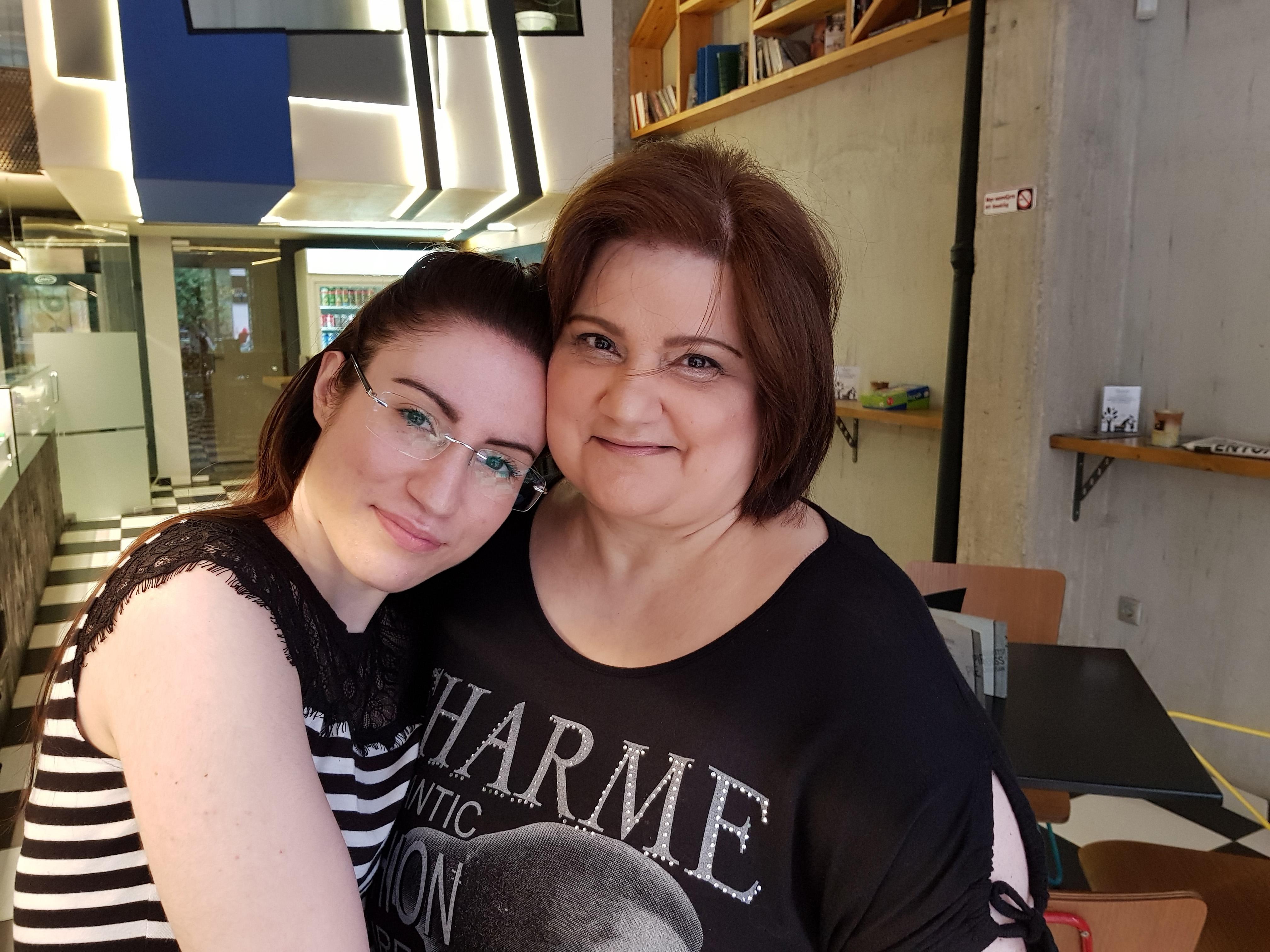 This time doctors discovered what was wrong, telling Joanna and her mum: "Your genitalia look normal on the outside. But there’s no vaginal opening."

She was sent for scans, which revealed she did have a womb – though it was abnormally small – and two ovaries.

"Of course it was a dreadful shock," said Joanna.

"Mum and I had never heard of the syndrome, and when I went on the internet to learn more, it was hard to find much information.

I finally understood there was nothing to be ashamed of. MRKH is a medical problem that wasn’t my fault, so why should I hide it any more?

"For two years, only me and my parents knew my secret.

"I was a shy teenager, too ashamed and embarrassed to confide in my friends."

'Doctors built me a vagina with tissue from my thigh'

But, finally working up the courage to talk about it, she told her two closest girlfriends – because she was about to go into hospital for surgery to create a vagina.

In 2007, the day before her 18th birthday, Joanna had her operation.

Without a vagina, surgeons had to borrow tissue from elsewhere in her body to shape one.

They used skin and muscles from the inside of her upper thighs to create a tube the length of a vagina, which was then sewn into place. 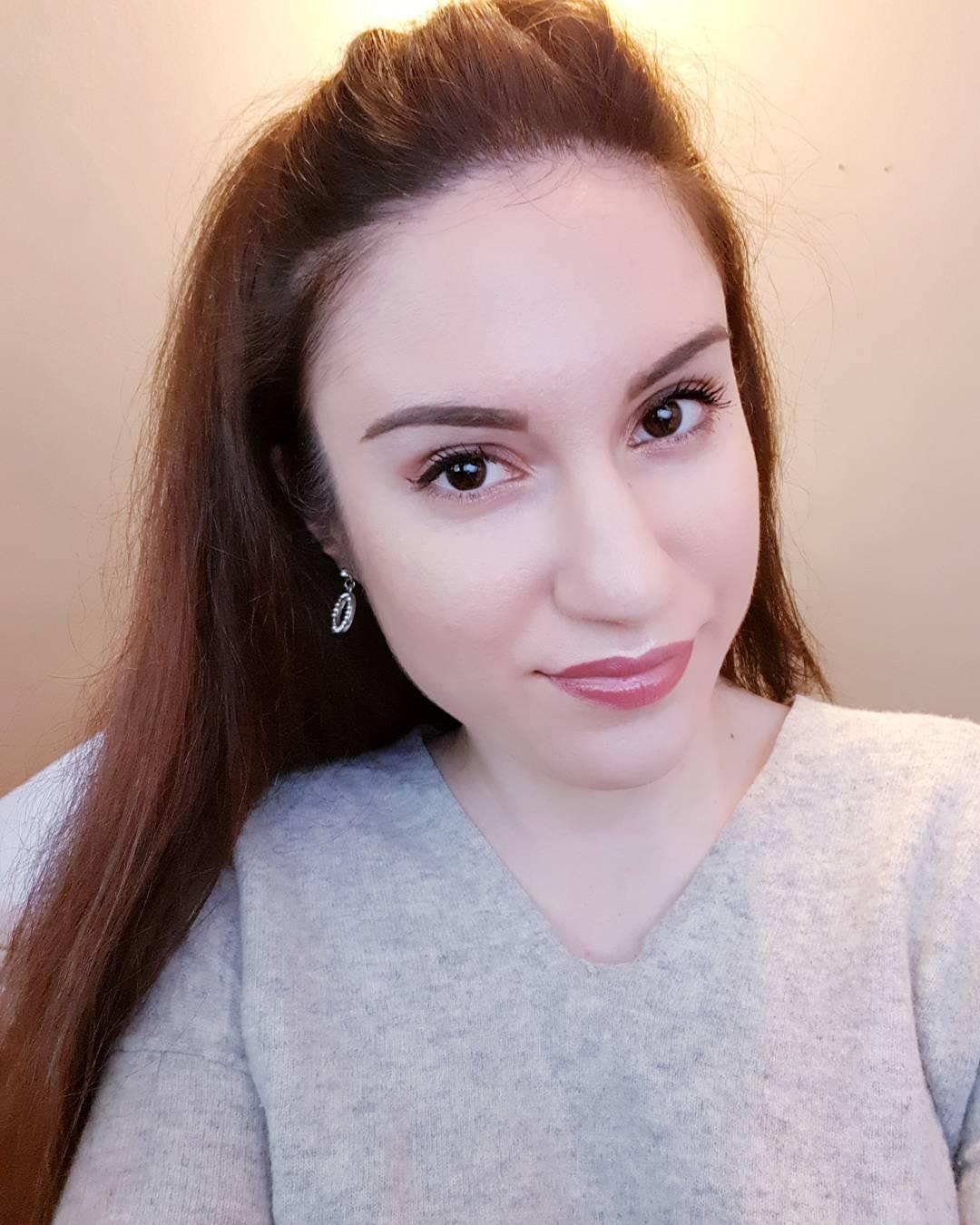 "Afterwards, I was in a lot of pain," she recalled. "The whole of my private parts hurt, from front to back.

"And I had 60 stitches at the top of my legs, where areas of skin and tissue had been cut away."

But getting up and about was vital to Joanna's recovery, so the day after surgery she was walking around, even though it was too painful to take more than a few steps.

"I couldn’t sit down or put any pressure on my bottom, and it was agony to go to the loo," she added.

'My first time was agonising'

It took three weeks of rest for Joanna to recover.

But the vagina doctors made for her was narrow and small, and she had to stretch it with medical dilators – metal tube-shaped objects that come in three sizes.

She had to begin with the smallest one, and insert it for an hour a day, before increasing to bigger sizes.

"At first the process was so painful and distressing, I spent the whole time sobbing," she said.

But slowly, as the months passed, her wounds healed and the tissue stretched until her vagina was a normal size.

Joanna had sex for the first time when she was 19.

"At first intercourse was extremely painful for me – I had to return to using the dilators, until eventually the problem was resolved," she said. 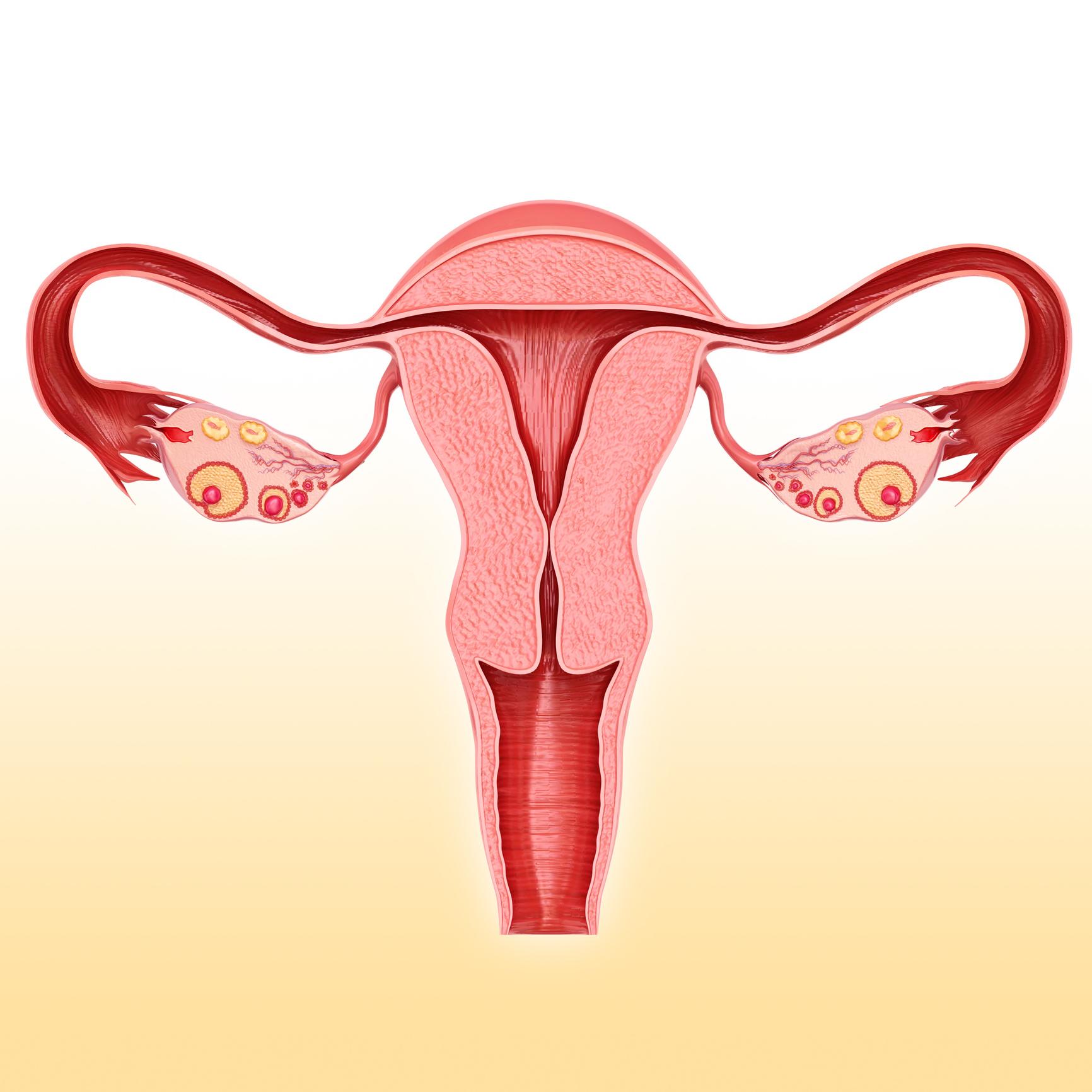 Then, when she was 21, Joanna got engaged, but was still too ashamed to tell her fiance about her condition.

"Only those who’ve experienced MRKH can really understand how it leaves patients feeling overwhelming anger, resentment, guilt and shame," she said.

When she finally shared her past with her fiance, it didn’t go well.

"Until then he’d never noticed anything out of the ordinary about me, but afterwards he broke off our engagement," she said.

"He told me: 'I want a normal woman by my side. One who can give me a family, easily'.

"I was heartbroken. He made me feel like damaged goods."

But no more than a year later, aged 22, Joanna met a new man, Kostas, through mutual friends.

"A month into our relationship, I told him everything," she said.

"He went silent for a few moments, I started to cry. I thought I was going to be rejected, again.

"But instead Kostas told me: 'It doesn’t matter. I love you and want to be with you. Everything else is unimportant'.

"I finally understood there was nothing to be ashamed of. MRKH is a medical problem, something I was born with, that wasn’t my fault, so why should I hide it any more?"

'I still dream of becoming a mum'

After living in the UK for three years Joanna now works as an IT engineer and is saving to buy a home with Kostas.

But most importantly, she hopes to become a mother.

"Doctors have approached me to discuss a womb transplant," she said. "If that happened and was successful, in theory I could carry a child and give birth by caesarean."

The surgery is still very new and requires a lifetime of immuno-suppressent drugs.

"Depending what happens, Kostas and I may eventually have to consider adoption or fostering. But we’ll cross that bridge when we come to it."

'I've been overwhelmed with support from other sufferers'

By 2016, and aged 27, Joanna had truly come to terms with her condition, and decided to help sweep aside the stigma that surrounded her syndrome.

After sharing her story hundreds of women with MRKH contacted her on social media, seeking advice.

Support groups asked her to become an ambassador for the syndrome and she was invited to give a speech to the Royal Medical Society.

"I was overwhelmed by the reaction," she said.

"But it proved to me that I had done the right thing. I chose to speak about about these intimate aspects of my life not for myself, but to help others.

"Even though it meant telling the world the most intimate details of my life, I’m so glad I brought MRKH into the open.
"It also proved to countless women like me, that they are not alone."