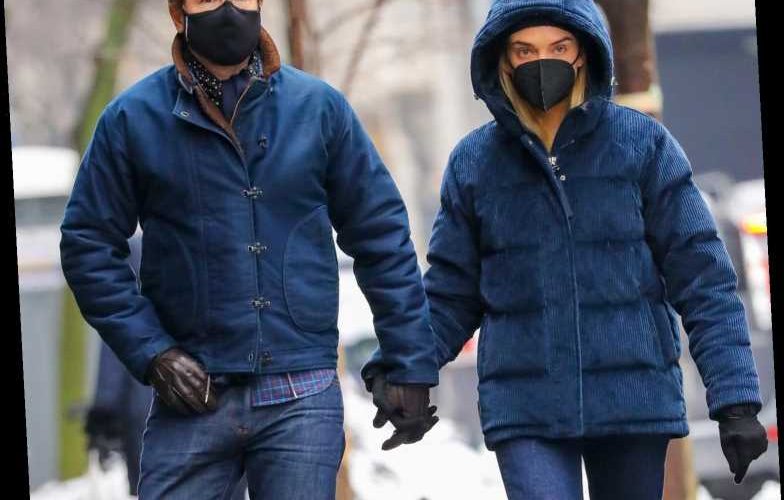 Will Kopelman and Alexandra Michler are taking in the New York winter air.

After getting engaged last month, the businessman, who was once married to Drew Barrymore, and Michler, Vogue's director of fashion development, were photographed taking a stroll together on the streets of New York City on Tuesday.

The couple held hands as they both masked up and matched in dark blue jackets, blue jeans and black gloves. Kopelman, 42, finished off his look with tan shoes, while Michler, 33, opted for a pair of Uggs.

On Jan. 31, Kopelman's sister, writer and actress Jill Kargman, announced on Instagram that Kopelman and Michler were engaged. She shared a photo of the couple that featured Kopelman giving his bride-to-be a kiss on the cheek as Michler showed off her diamond ring.

"Some joyful news in endless January! ECSTATIC for my fabulous *engaged* brother @willkopelman and his incredible bride-to-be! Sooo lucky to have you as my sis-in-law @alliemichler 💕💋💍🥂🍾," Kargman wrote.

A source confirmed the pair's relationship to PEOPLE in December.

Around the same time, Kopelman, whose father Arie L. Kopelman is the former President and COO of Chanel, shared a photo on Instagram of himself and Michler, captioning it "my love." The picture showed the two cozying up over the Christmas weekend.

Prior to romance with Kopelman, Michler was previously linked to investor Tyler Winklevoss. Kopelman and Barrymore announced their separation in April 2016 after four years of marriage. The pair share daughters Olive, 8, and Frankie, 6.

"Sadly our family is separating legally, although we do not feel this takes away from us being a family," the two said in their statement at the time. "Our children are our universe, and we look forward to living the rest of our lives with them as the first priority."

Not long after announcing their split, Barrymore, 45, appeared with Kopelman's dad and brother-in-law at an event later in 2016, where the three talked about their family.

"He's the grandfather of all grandfathers," the actress told the crowd. "He always says there's nothing overrated about being a grandparent and he is the ultimate grandparent."