However, with increasing calls to ban the highly-calorific treats – here’s the lowdown on what they are and just how much damage they could cause on your waistline. 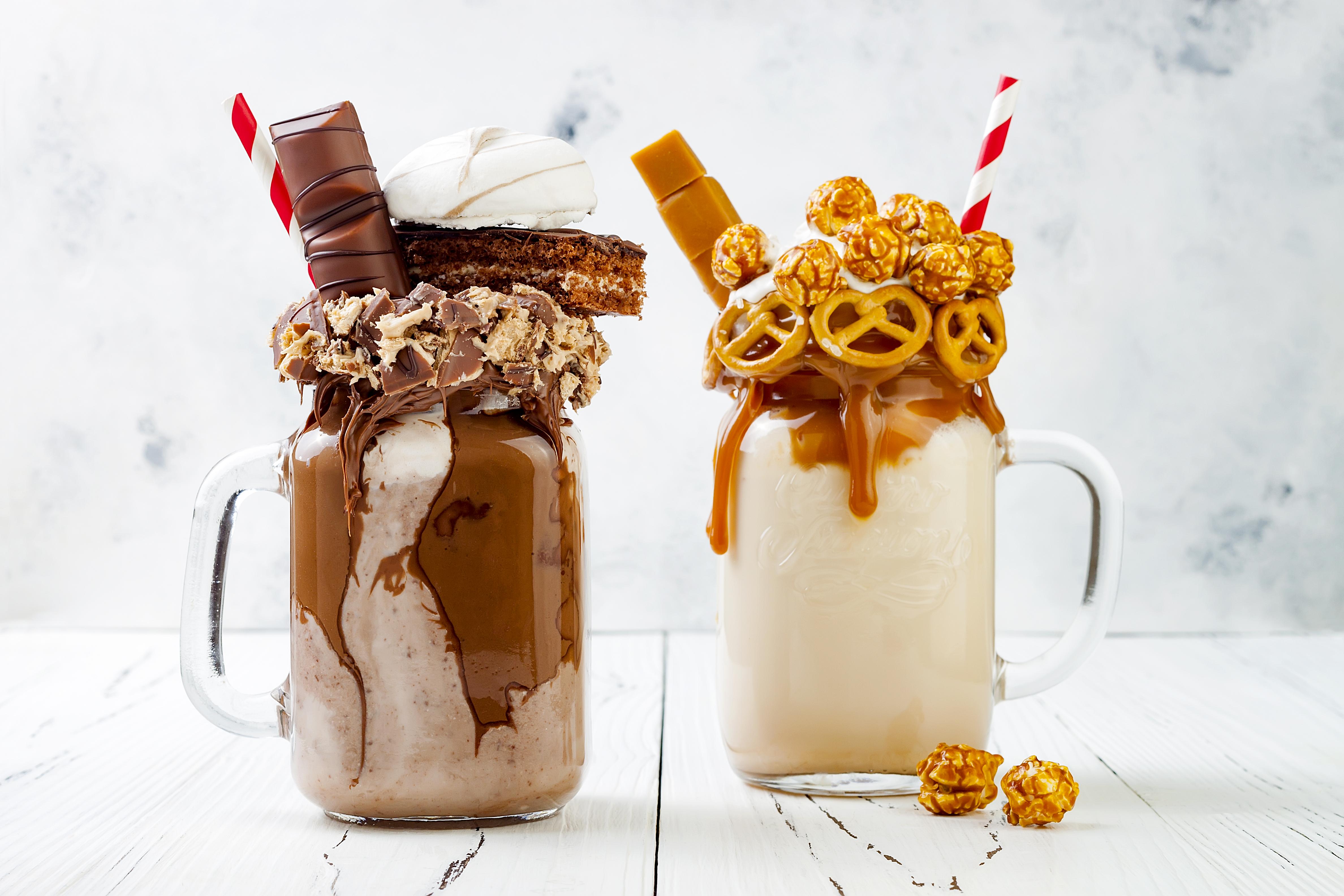 What is a ‘Freakshake’?

Freakshakes were the brainchild an employee of the Pâtissez cafe in Canberra, Australia back in 2016.

News of the high-calorie, mega milkshake soon went global and led to endless queues outside cafés across the world.

The shakes are served in mason jars that overflow with lashings of cream, chocolate and caramel sauces, and indulgent delicacies such as chunks of brownie, nuts, pretzels, biscuits and even whole slices of pie or cake. 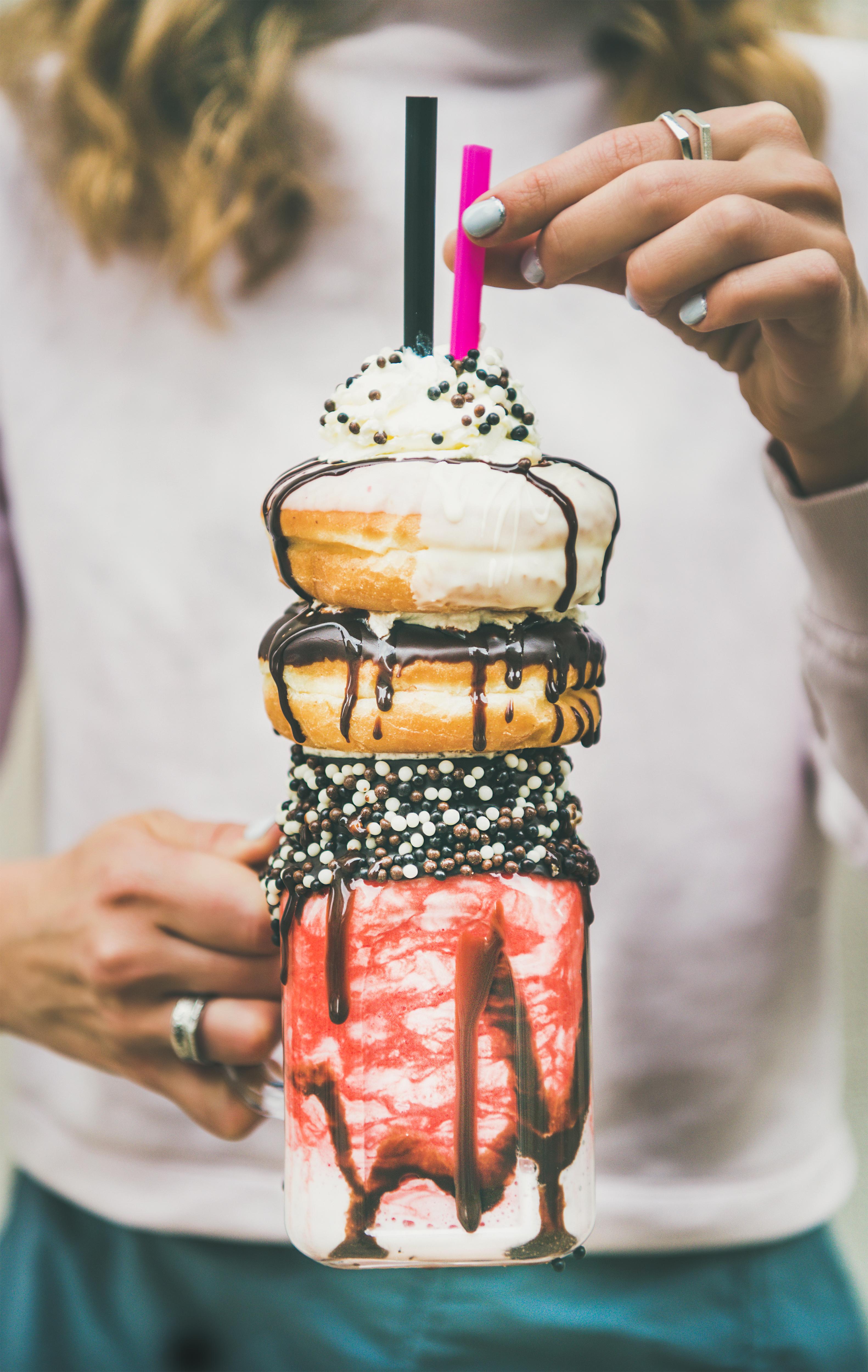 How many calories do they contain?

The average Freakshake comes in at a staggering 1,280 calories a serving – that’s more than half a woman’s daily recommended allowance, and just under half of a man’s allowance.

Some contain a whopping 39 teaspoons of sugar – more than six times the recommended amount of sugar for a 10-year-old and more than four cans of Coke.

Will they be banned?

Action on Sugar has called for all milkshakes over 300 calories to be banned,, which would mean the end of the Freakshake forever.

The health group has called for transparency and consistency of nutritional information after revealing that some chains still do not publish it in their outlets or online.

They have released a report that found sugar and calories in many milkshakes were at “grotesque levels”.

Public Health England is looking to companies to reduce the amount of sugar in their products by 20 per cent by 2021.

Action on Sugar has also criticised restaurants that engage in “unacceptable marketing” that encourages consumers to indulge in their high-fat and high sugar drinks and desserts on a regular – even daily – basis.

11/13/2018 Fashion Comments Off on Will freakshakes be banned and how many calories do the milkshakes contain?
Recent Posts