BOOB jobs remain the UK's most popular cosmetic procedure with celebrities from Olivia Attwood to Cardi B admitting to going under the knife to enhance their assets.

The rapper accidentally shared a snap of her enhanced chest on Instagram she celebrated her 28th birthday with a wild party in Las Vegas, which she quickly deleted. 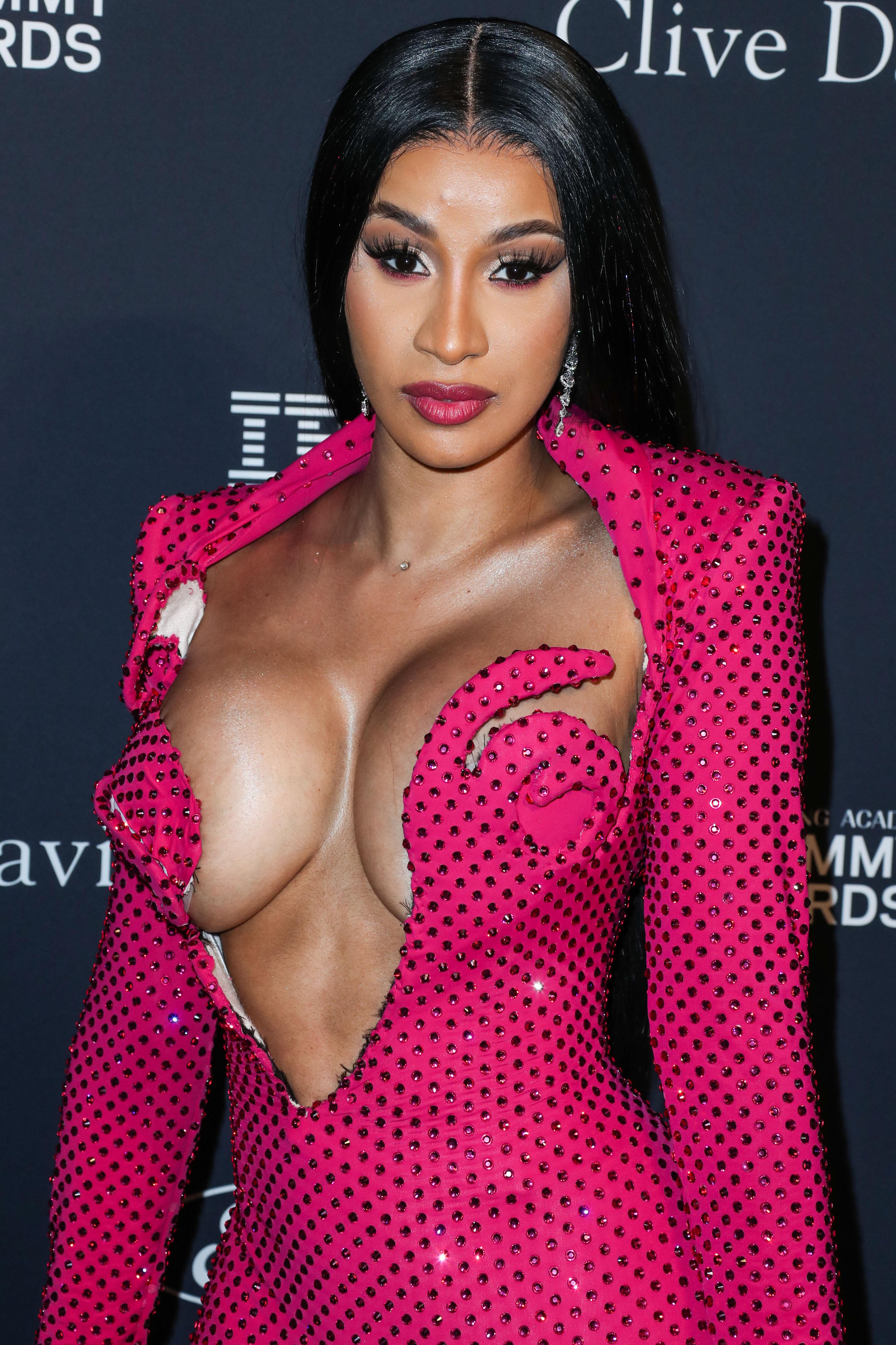 The mum of Kulture, who she shares with rapper Offset, later posted: "Lord, why the f**k did you have to make me so f**king stupid and r****ded? Why?

"You know what, I'm not going to beat myself over this.

"I'm just going to eat my breakfast and then I'm going to go to a party because I'm not even going to think about it.

Cardi, real name Belcalis Almanzar, has been open about the surgery she's had in the past, admitting to liposuction and having filler injected into her bottom.

She revealed she had her first boob job when she was 19, and got them "redone" last May after giving birth.

Former Love Island star Olivia Attwood also got her chest enhanced when she was 19, but downsized last year. 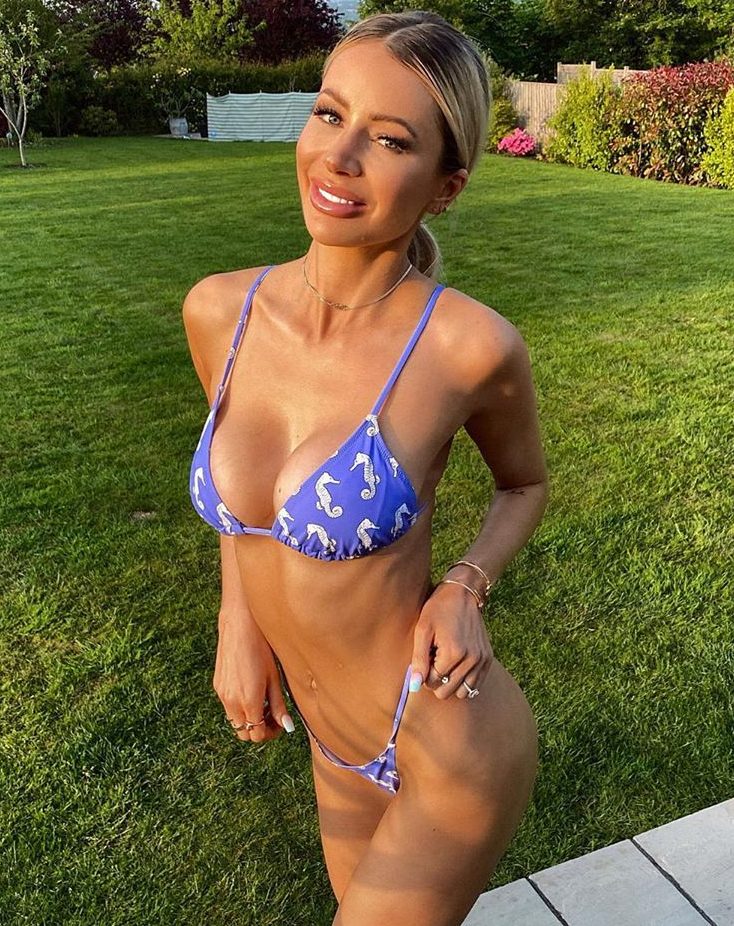 The TOWIE newcomer revealed she was reducing her cup size after undergoing back pain, and struggling to wear clothes.

She previously told fans: “So loads of you are asking what surgery I’m having done and I’m finally getting my boobs re-done this week. Nothing more, nothing less so everyone can just calm down.”

The 29-year-old later posted an update on Instagram, saying: “She’s awake hunnies. And the giant boobies are no more." 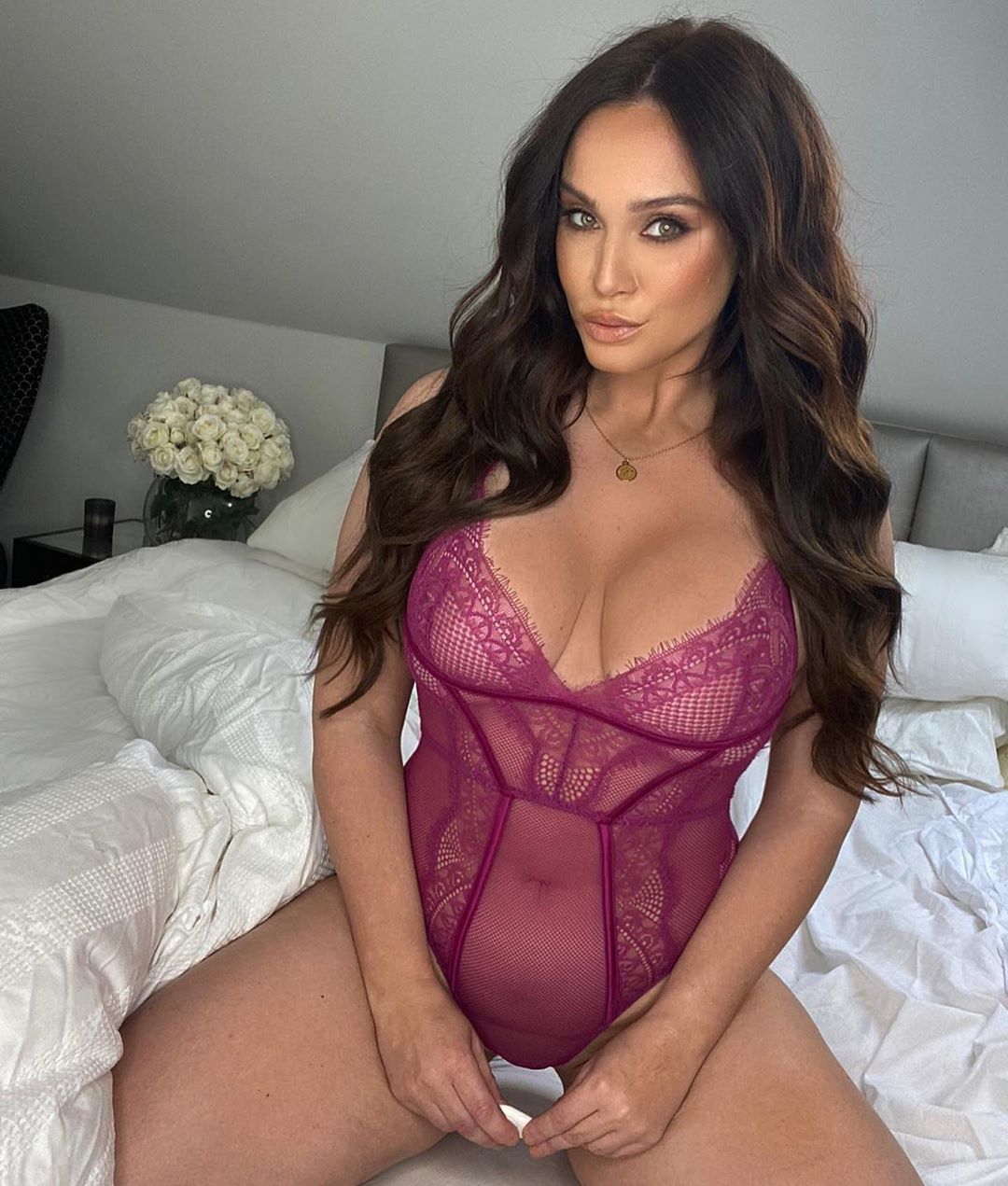 Former Queen of the Jungle Vicky Pattison underwent surgery to take her from a 32B to a 32D.

The Geordie Shore star revealed the motivation for the surgery was her incredible three-stone weight loss, which caused her natural breasts to disappear.

Speaking on Loose Women in 2016, she said: “They were like sacks of fat. Lacklustre sacks, spaniels’ ears.”

Another Love Island star, Laura Anderson, has opened up about her ordeal after having breast enhancement surgery when she was just 18, going from a 32B to a 32DD. 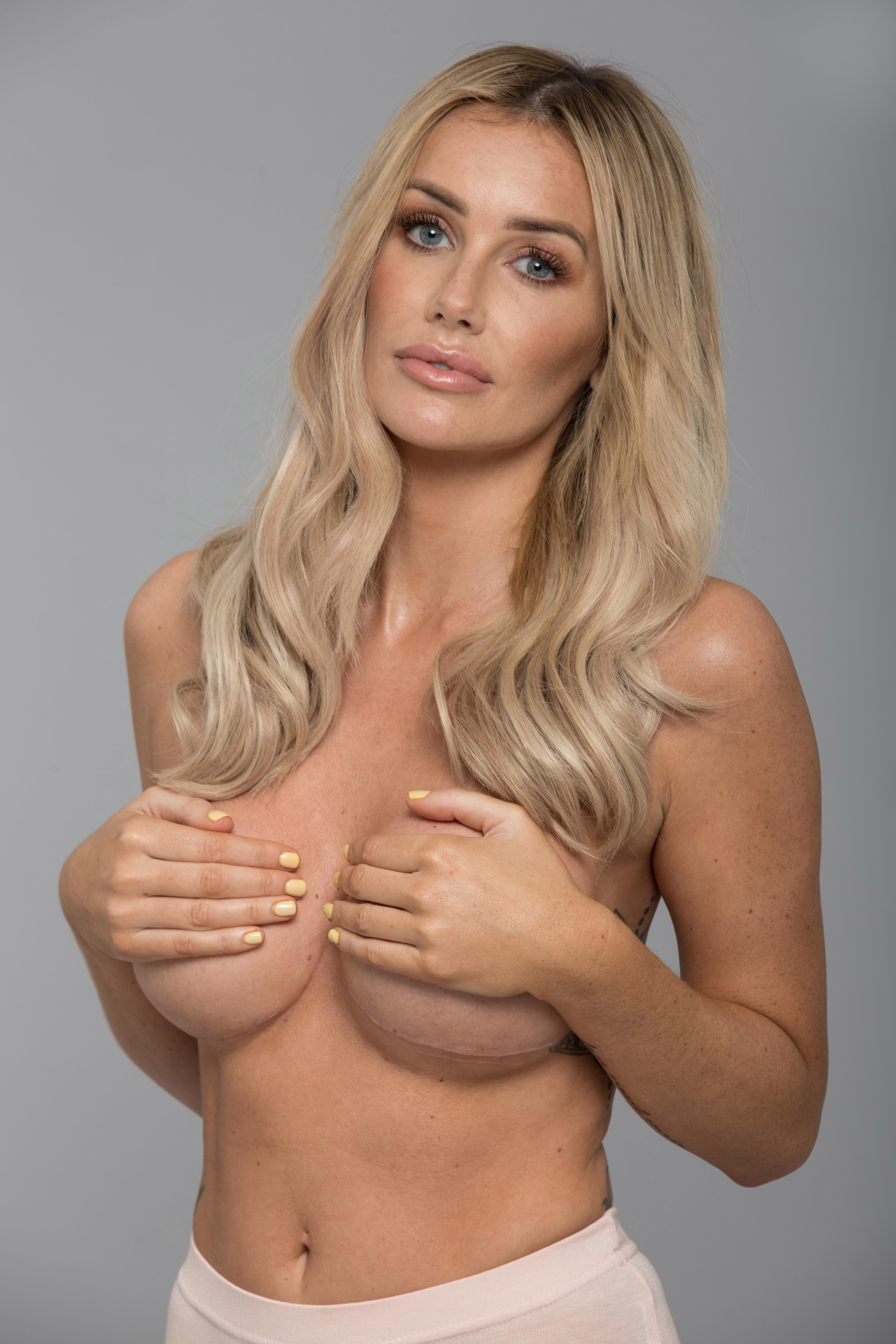 After her stint on the reality TV show, she said she felt her boobs were "distasteful" and "too big", and she decided to get them reduced last year.

But she still isn't happy with how they look, saying: "When I came around I felt quite disheartened again. They’re still so big and I have these huge red scars which I don’t think will go.

“It’s actually got to the point now where I’m considering having them done again just to try and fix them for a third time – but it’s a vicious cycle.

“All I want is 18-year-old Laura’s boobs back before surgery, but I know that is impossible." 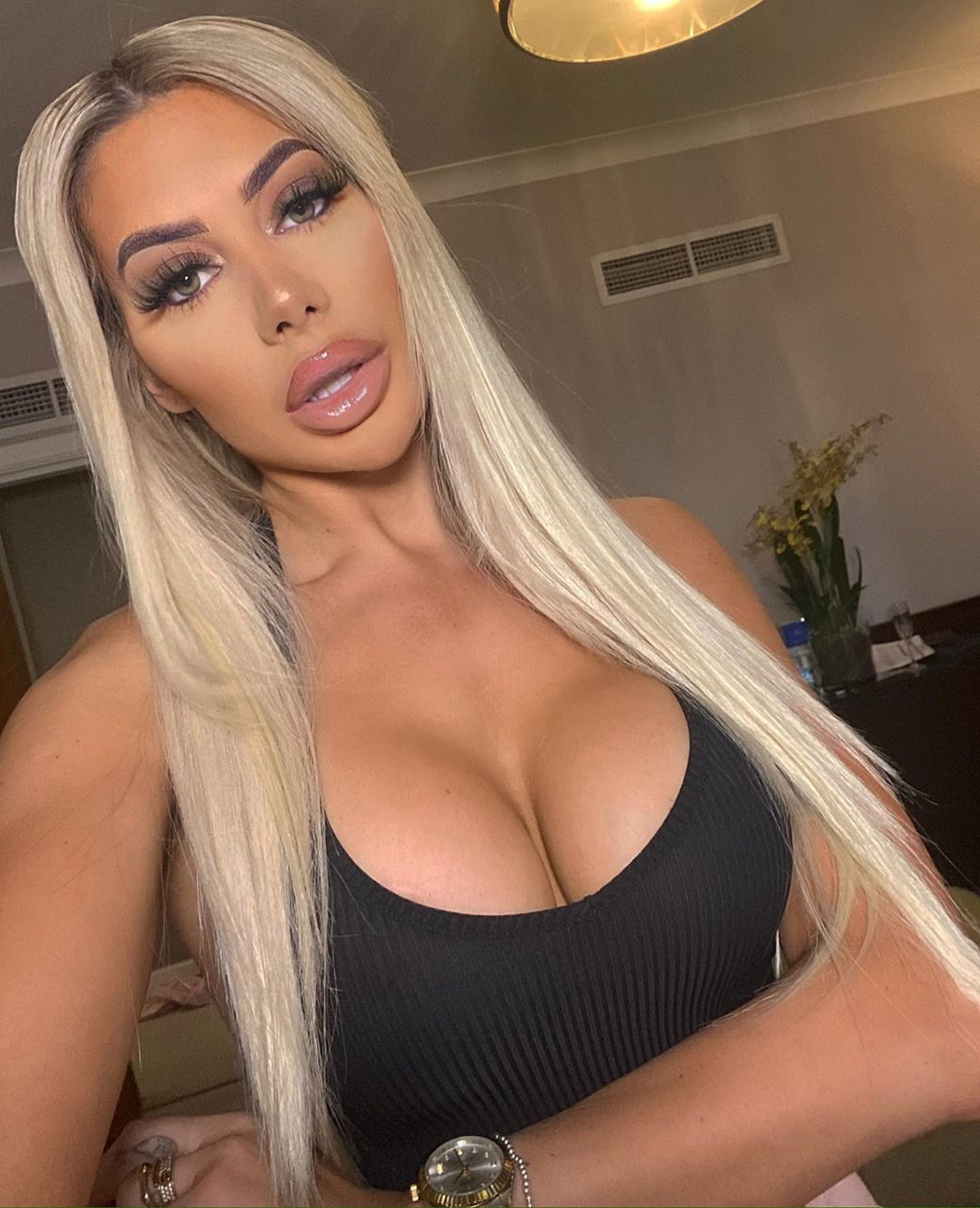 Reality TV star Chloe Ferry has been sharing the results of her latest op on social media, after she jetted to Turkey for breast reduction surgery and an uplift last week.

The Geordie Shore favourite previously underwent two breast enlargements to bring her chest up to an ample size, but the 25-year-old has had a change of heart and opted for a smaller cup size.

Updating her fans, she wrote: "I know this looks like a dumpling but this is my old implant.

"It's two days after my surgery now, these are my new smaller boobs and I've had an uplift." 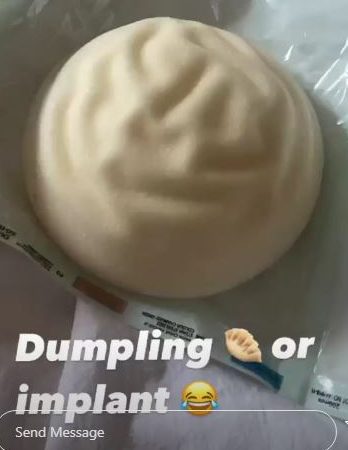 Former model Chrissy Teigen is another celeb who's opted for breast reduction rather than another augmentation, after getting her implants removed earlier this year.

The 34-year-old admitted to getting to getting a boob job when she was 20, but decided she wanted to be au naturel now she has kids.

The mum-of-two wrote on Instagram: "I’ll just say it here: I’m getting my boobs out! They’ve been great to me for many years but I’m just over it.

"I’d like to be able to zip a dress in my size, lay on my belly with pure comfort! No biggie! So don’t worry about me! All good. I’ll still have boobs, they’ll just be pure fat.

"Which is all a tit is in the first place. A dumb, miraculous bag of fat.” 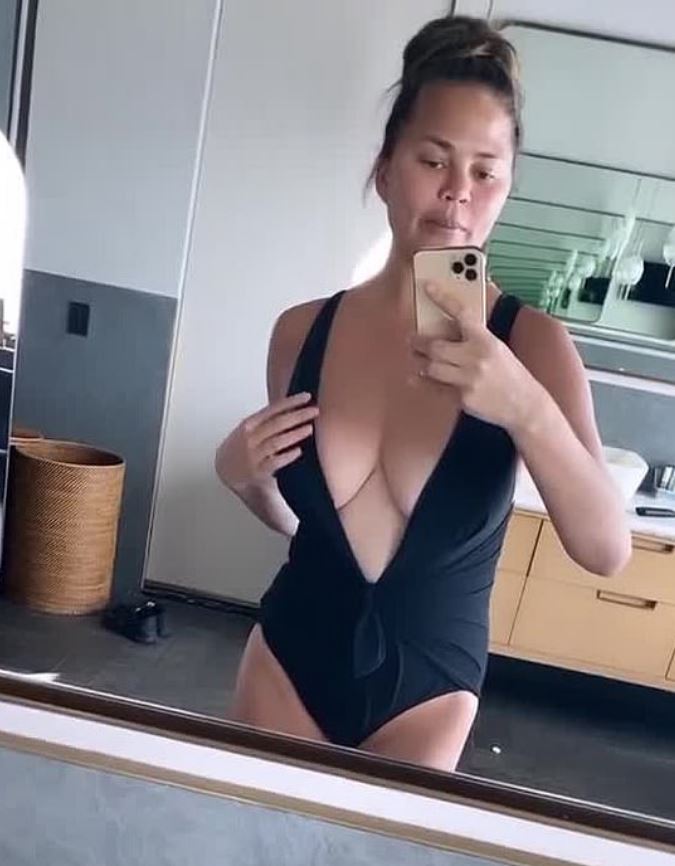 Kourtney Kardashian is another celeb who went under the knife in their early twenties, and the mum-of-three said she now regrets it.

“Now I’m going to have to get them redone at some point.” 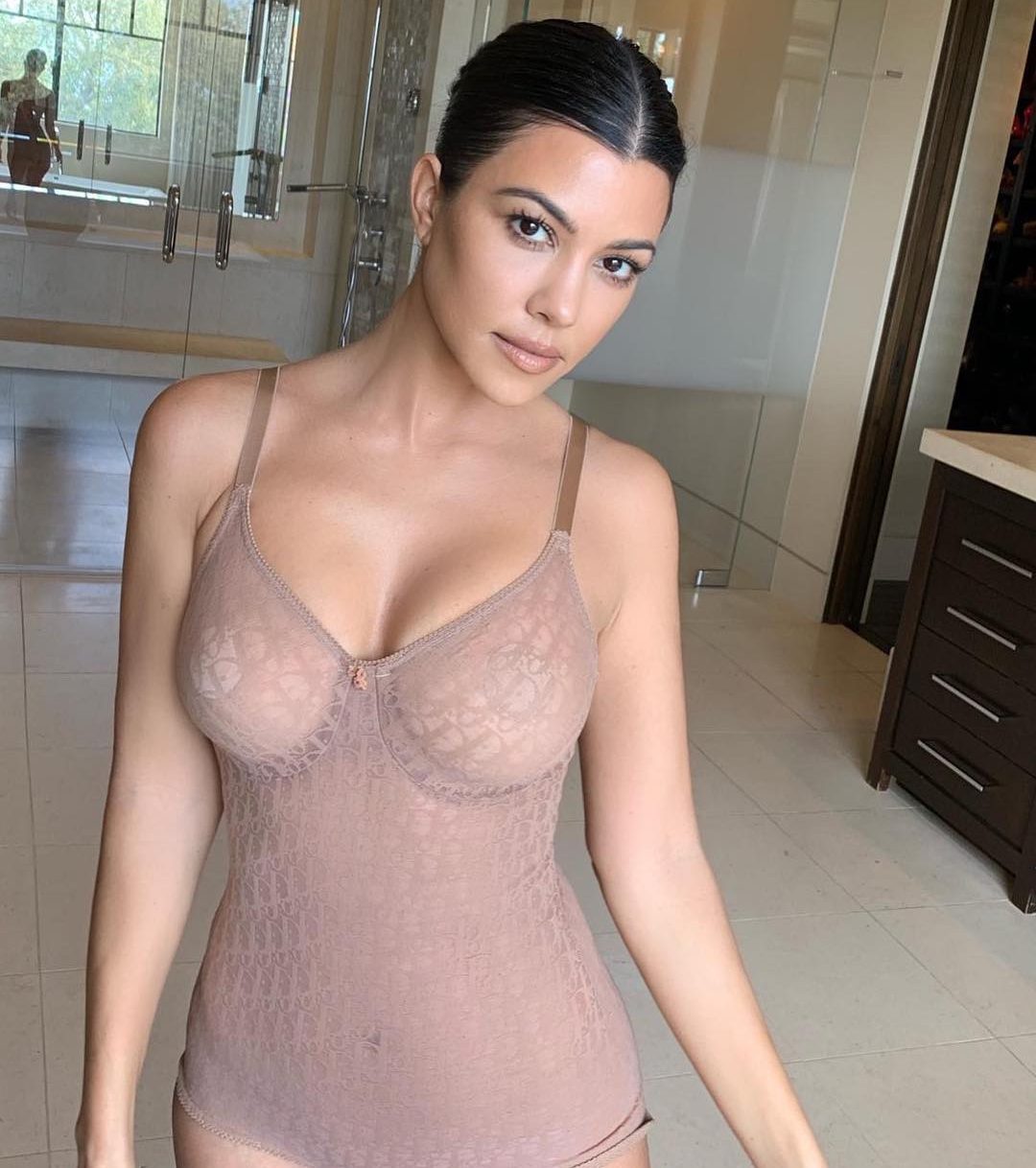 For years people speculated former Spice Girl Victoria Beckham had her chest enhanced, and years later she finally admitted to going under the knife.

The mum-of-four went from her natural 34A to a 34DD following the birth of her first child, Brooklyn, in 1999.

Speaking about the op in 2011 with Vogue, she said: “No torpedo bazookas, either. Gone.” 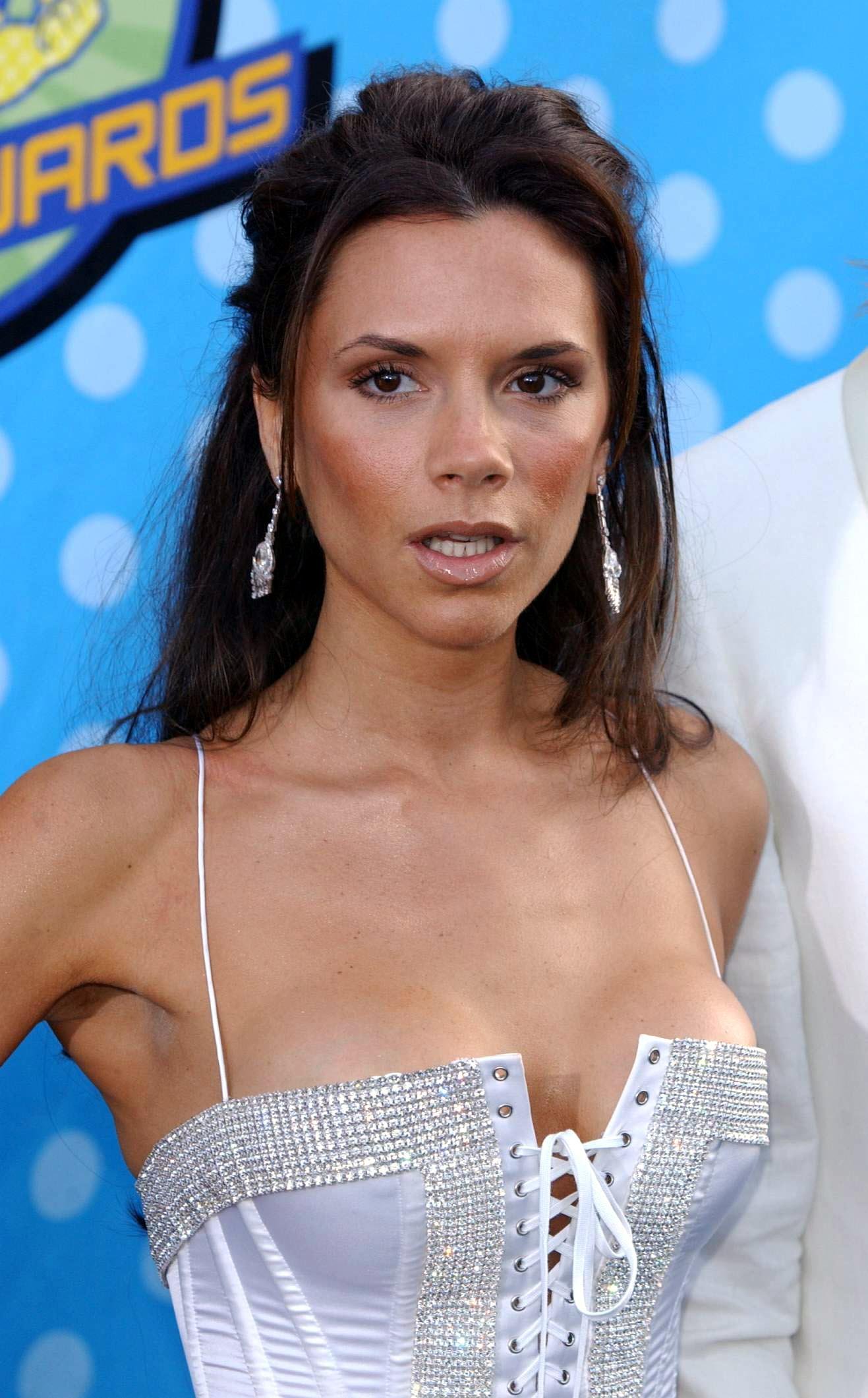 TOWIE star Chloe Sims is another celeb who's been open about her surgery, going under the knife a few times.

The mum-of-one had her first boob job in 2007, going from a 34B to a 34DD – but she initially wanted them to be even bigger – and she later had a second op taking her to an EE cup.

She said at the time: "I wanted them bigger, but the implant wouldn't fit under the skin."

But the 37-year-old seems to now regret the decision, saying in recent years: "They're like 1990s perky ones, instead of the more natural-looking boobs you see now." 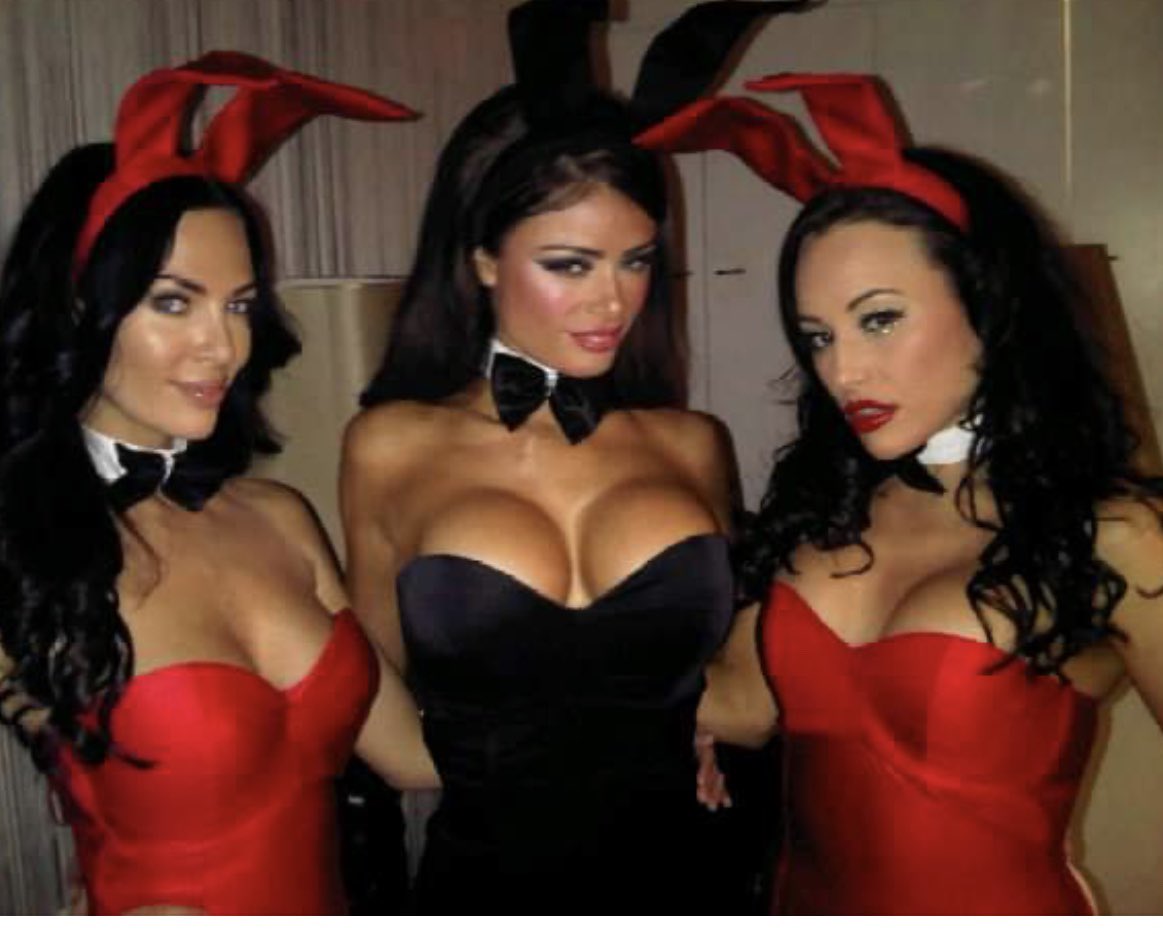 Some other famous faces who have gone under the knife are Katie Price, infamous for her once G-cup breasts, undergoing a whopping 11 boob jobs in her life.

Pamela Anderson is another celeb who admitted getting a little help from the surgeon’s knife, but others, such as Angelina Jolie, revealed they too have implants – but for different reasons.

The mum-of-six underwent a double mastectomy and breast reconstruction to reduce her chances of developing breast cancer. 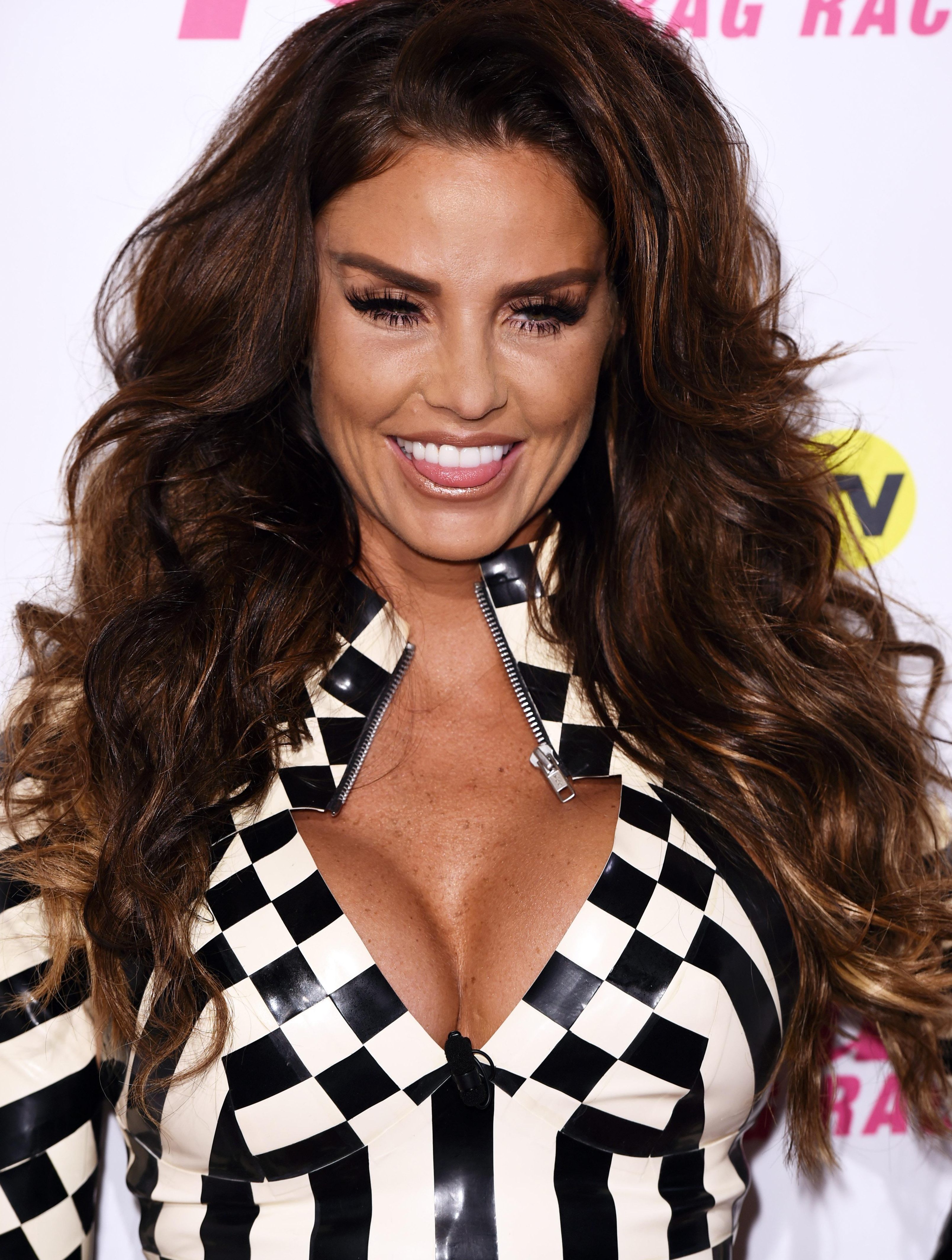 Other celebs have also opened up about getting a boob job, with S Club 7’s Hannah Spearritt revealing she went through hell after inflating her chest.

In 2013 the 5ft 3in singer and actress went under the knife to take her chest from a B-cup to a C-cup.

Speaking to the Mail On Sunday she said: "My operation was performed by a top Harley Street cosmetic surgeon. I paid top dollar.

"I’d compare myself to the other girls in the band during photoshoots and was jealous of their beautiful curves." 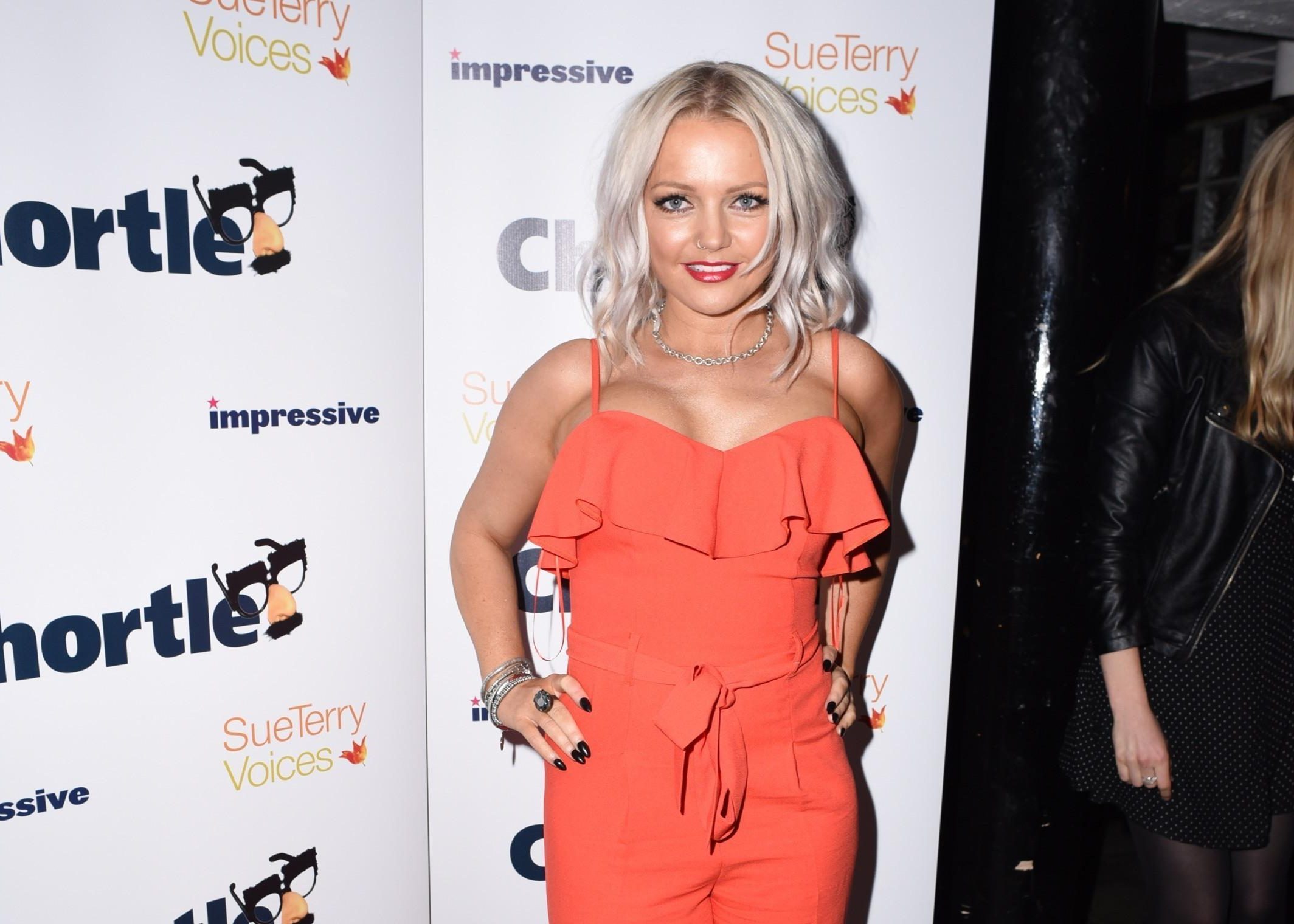 But over the next few years her health deteriorated, seeing her hair fall out in clumps and suffering from chronic fatigue.

Hannah was forced to have them removed four years later, in 2016.

She later spoke of her regret getting them done, revealing it impacted her career and relationship. 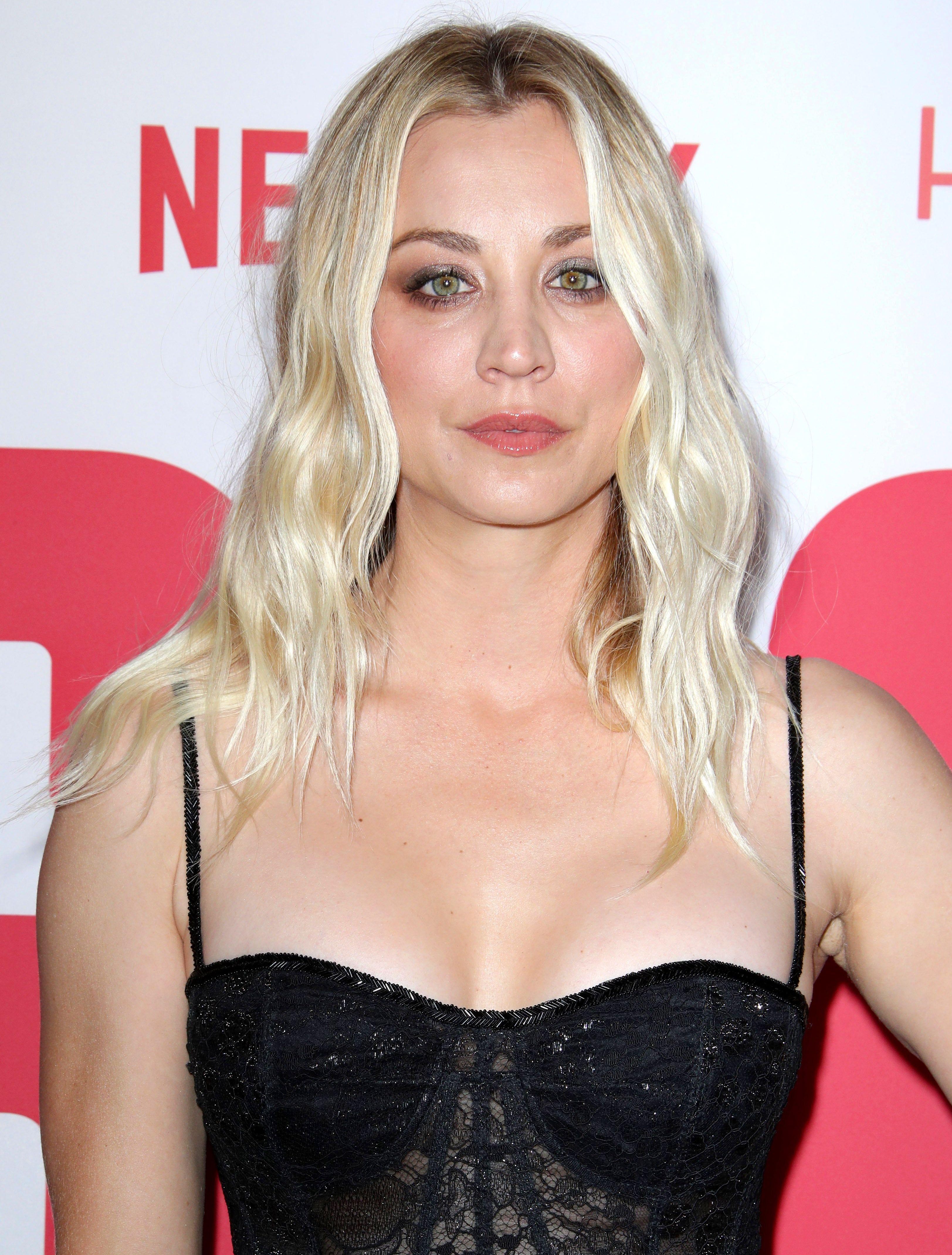 The actress hailed her surgery as the “best thing” she’s ever done, also confessing to having a nose job and filler in her neck.

Visit the NHS website for more information on breast enlargement.

While this woman spent £22k on four boob jobs to get her dream 30KK chest.

Plus Love Island’s Laura Anderson admits disaster boob jobs have left her in pain, scarred and longing for a natural chest.

And finally, read about the woman who was branded a child abuser because she breastfed her daughters, aged seven and four, at the same time.

10/14/2020 Fashion Comments Off on Which celebs have had boob jobs? From Cardi B to Vicky Pattison and Olivia Attwood
Recent Posts
We and our partners use cookies on this site to improve our service, perform analytics, personalize advertising, measure advertising performance, and remember website preferences.Ok