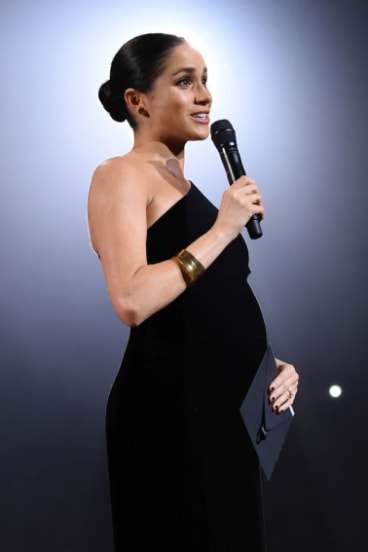 If a week is a long time in politics, it's an eternity in fashion. This was never more true than in 2018, a year that continued the dominance of luxury streetwear and dressing for comfort over dressing for the male gaze.

It was a year that gave us the return of fluoro, an H&M "hoodie skirt" and the sudden death of much loved designer Kate Spade.  Here are some of the other moments that dominated the fashion conversation.

The first awards show of the year saw women of Hollywood uniting in support of the Time's Up movement, which was established to support survivors of sexual abuse and harassment, by wearing black dresses on the red carpet.

Rihanna as the Pope

This year's religiously-themed Met Gala was always going to be controversial but Rihanna blew away the competition when she arrived dressed as a cardinal, wearing a hat borrowed from Timothy Dolan, the Archbishop of New York. Other best-dressed stars included Blake Lively, and the "holy trinity" of Jared Leto, Lana Del Rey and Gucci designer Alessandro Michele.

Meghan Markle's Givenchy wedding gown was the single most anticipated fashion item of 2018 – it was also one of the most divisive. Since joining the royal family, the Duchess of Sussex has become a global fashion force, with the "Meghan effect" changing the fortunes of designers she wears, such as Sydney's Karen Gee, whose dress Meghan wore on the opening day of her and Prince Harry's tour of Australia. This month, she made her final public appearance of the year at the British Fashion Council awards in a one-shoulder Givenchy gown that gave new meaning to the phrase "maternity chic".

If one garment is worthy of the year's tone-deaf award, it is the US First Lady's $53 Zara anorak, which was emblazoned with, "I really don't care, do u?", which many interpreted as a commentary on the administration's immigration policy. What made it worse was Mrs Trump wore the jacket to visit children held in immigration detention in Texas. The gaffe prompted one of the biggest social media fashion debates of the year, after a White House spokeswoman tweeted the hashtag "#ItsJustAJacket".

One of Australia's best modelling exports of the past decade, Sudanese-born Akech, whose family lives in Adelaide, made history when she became the first model of colour to wear the bridal gown in the finale of Chanel's Paris show. She also starred in Valentino's couture week show, as well as several glossy covers during 2018. 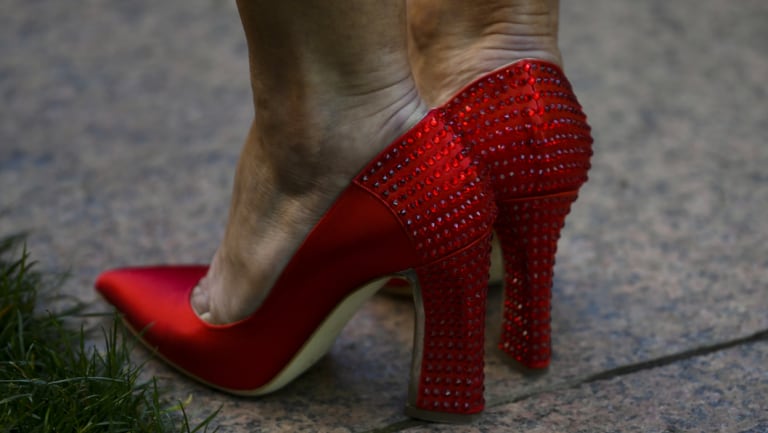 Always a fan of the statement shoe, the former foreign minister propelled a pair of red pumps to the front pages of the country's newspapers when she wore them to a press conference announcing her decision to stand down from cabinet after Scott Morrison's ascent to the prime ministership.

A swimwear runway set a new bar for diversity

It's not often that Australia leads the world in diversity but The Iconic's annual swim show proved to be the happiest, most realistic runway in our country's history by showing bodies of all shapes, sizes, ages and abilities, including international models Robyn Lawley and Zach Miko. It so happened the parade came on the heels of the Victoria's Secret show, which champions ethnic diversity but was still criticised for not casting any curvy or transgender models.